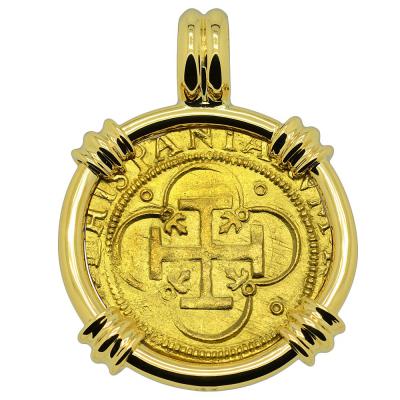 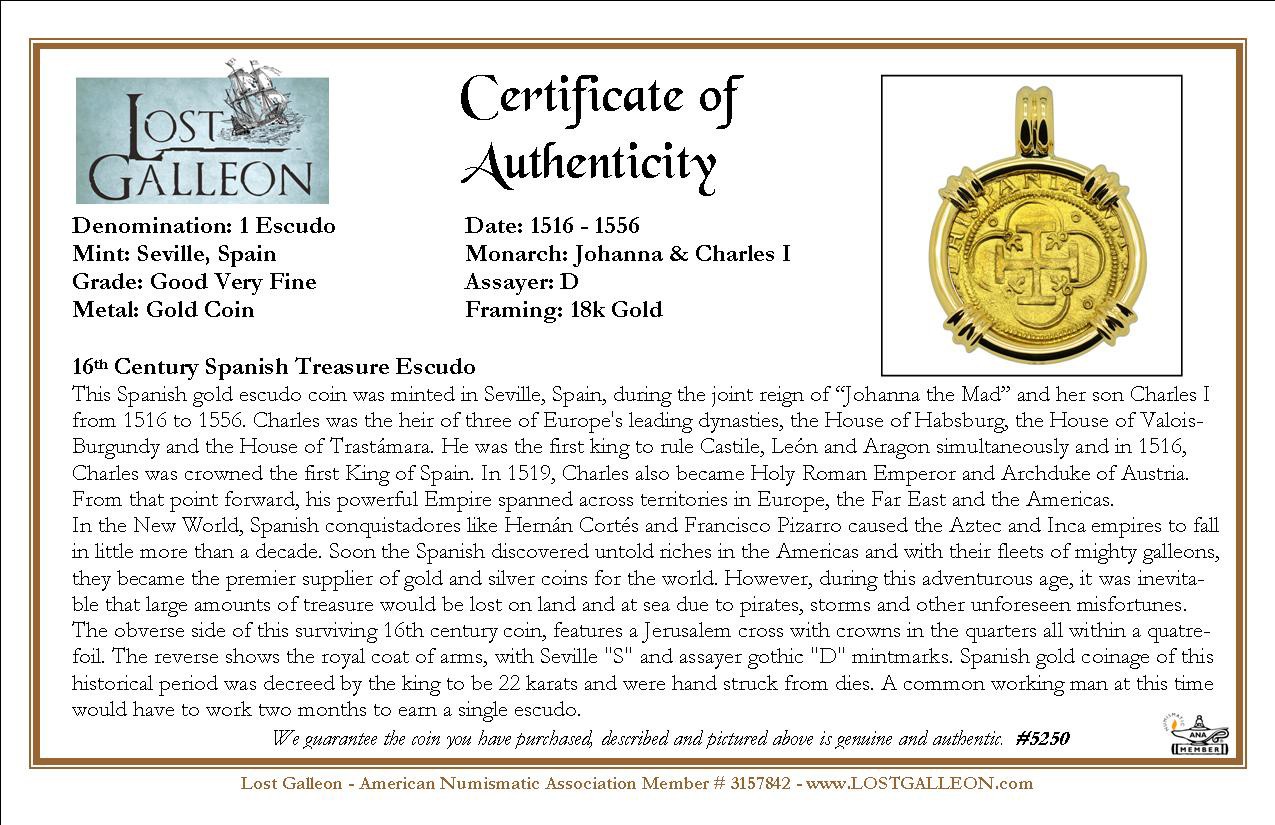 This Spanish gold escudo coin was minted in Seville, Spain, during the joint reign of “Johanna the Mad” and her son Charles I from 1516 to 1556. Charles was the heir of three of Europe's leading dynasties, the House of Habsburg, the House of Valois-Burgundy and the House of Trastámara. He was the first king to rule Castile, León and Aragon simultaneously and in 1516, Charles was crowned the first King of Spain. In 1519, Charles also became Holy Roman Emperor and Archduke of Austria. From that point forward, his powerful Empire spanned across territories in Europe, the Far East and the Americas.
In the New World, Spanish conquistadores like Hernán Cortés and Francisco Pizarro caused the Aztec and Inca empires to fall in little more than a decade. Soon the Spanish discovered untold riches in the Americas and with their fleets of mighty galleons, they became the premier supplier of gold and silver coins for the world. However, during this adventurous age, it was inevitable that large amounts of treasure would be lost on land and at sea due to pirates, storms and other unforeseen misfortunes.
The obverse side of this surviving 16th century coin, features a Jerusalem cross with crowns in the quarters all within a quatrefoil. The reverse shows the royal coat of arms, with Seville "S" and assayer gothic "D" mintmarks. Spanish gold coinage of this historical period was decreed by the king to be 22 karats and were hand struck from dies. A common working man at this time would have to work two months to earn a single escudo.