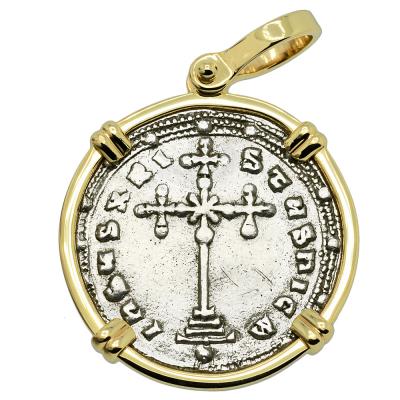 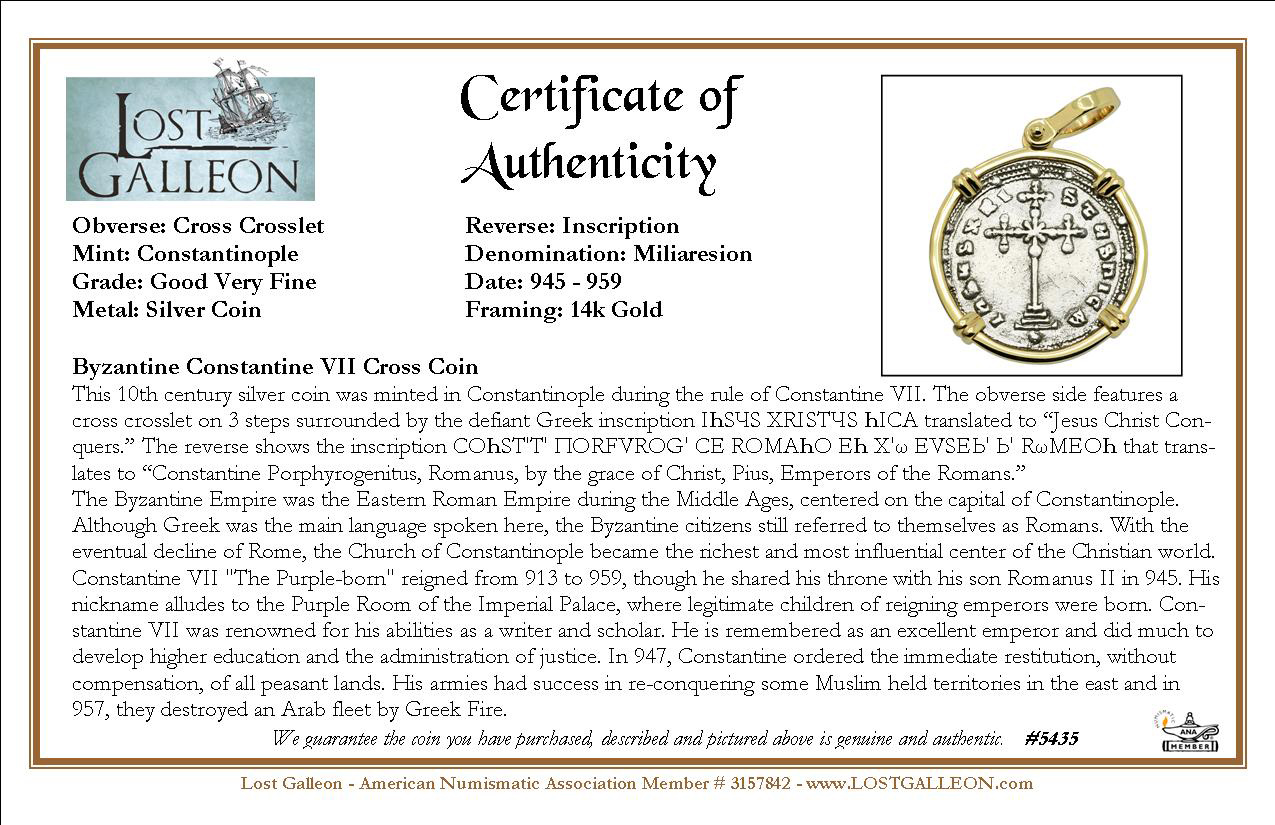 This 10th century silver coin was minted in Constantinople during the rule of Constantine VII. The obverse side features a cross crosslet on 3 steps surrounded by the defiant Greek inscription IҺSЧS XRISTЧS ҺICA translated to “Jesus Christ Conquers.” The reverse shows the inscription COҺST'T' ΠORFVROG' CE ROMAҺO EҺ X'ω EVSEЬ' Ь' RωMEOҺ that translates to “Constantine Porphyrogenitus, Romanus, by the grace of Christ, Pius, Emperors of the Romans.”
The Byzantine Empire was the Eastern Roman Empire during the Middle Ages, centered on the capital of Constantinople. Although Greek was the main language spoken here, the Byzantine citizens still referred to themselves as Romans. With the eventual decline of Rome, the Church of Constantinople became the richest and most influential center of the Christian world.
Constantine VII "The Purple-born" reigned from 913 to 959, though he shared his throne with his son Romanus II in 945. His nickname alludes to the Purple Room of the Imperial Palace, where legitimate children of reigning emperors were born. Constantine VII was renowned for his abilities as a writer and scholar. He is remembered as an excellent emperor and did much to develop higher education and the administration of justice. In 947, Constantine ordered the immediate restitution, without compensation, of all peasant lands. His armies had success in re-conquering some Muslim held territories in the east and in 957, they destroyed an Arab fleet by Greek Fire.