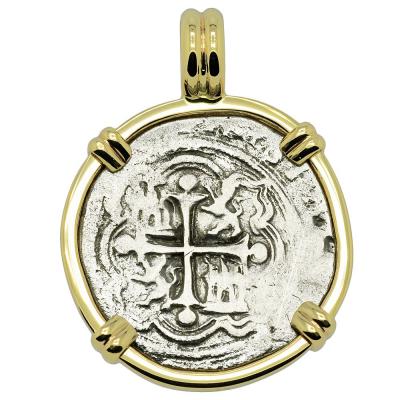 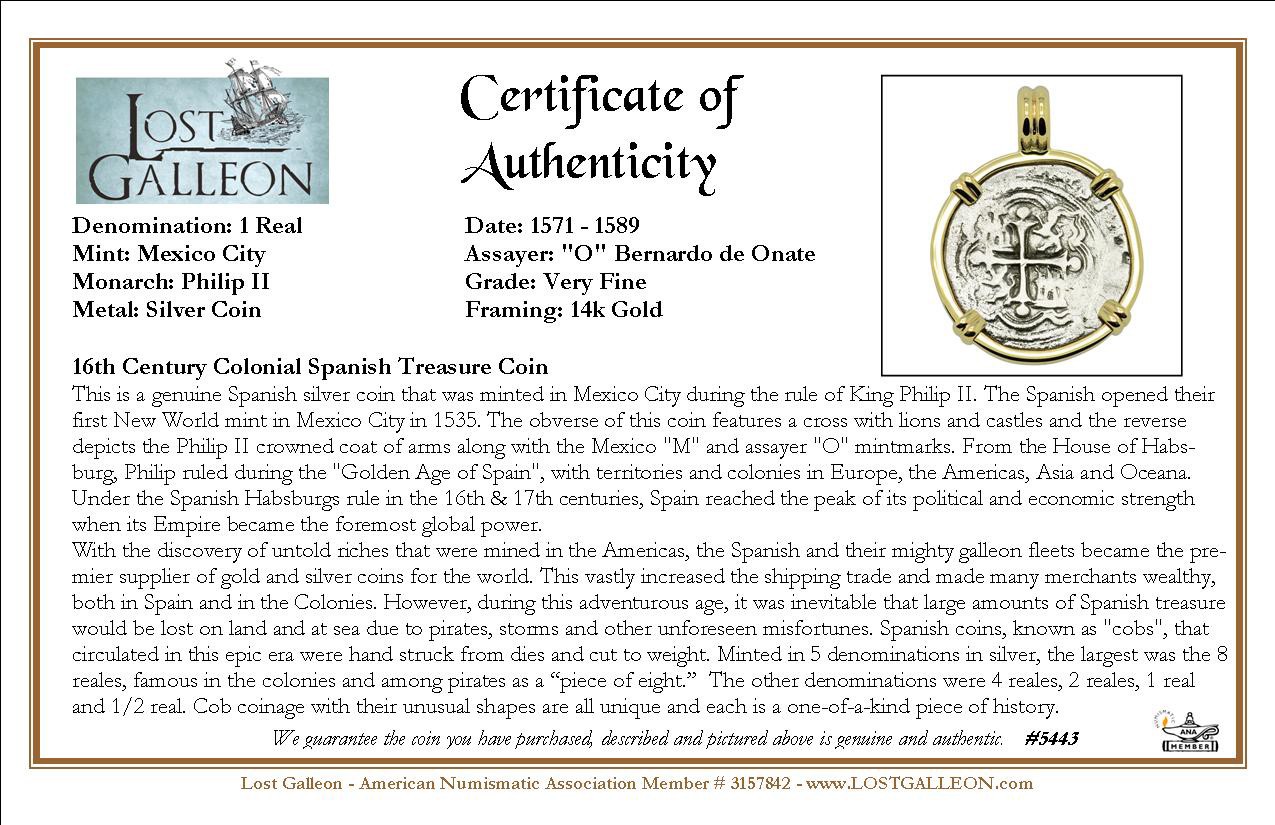 This is a genuine Spanish silver coin that was minted in Mexico City during the rule of King Philip II. The Spanish opened their first New World mint in Mexico City in 1535. The obverse of this coin features a cross with lions and castles and the reverse depicts the Philip II crowned coat of arms along with the Mexico "M" and assayer "O" mintmarks. From the House of Habsburg, Philip ruled during the "Golden Age of Spain", with territories and colonies in Europe, the Americas, Asia and Oceana. Under the Spanish Habsburgs rule in the 16th & 17th centuries, Spain reached the peak of its political and economic strength when its Empire became the foremost global power.
With the discovery of untold riches that were mined in the Americas, the Spanish and their mighty galleon fleets became the premier supplier of gold and silver coins for the world. This vastly increased the shipping trade and made many merchants wealthy, both in Spain and in the Colonies. However, during this adventurous age, it was inevitable that large amounts of Spanish treasure would be lost on land and at sea due to pirates, storms and other unforeseen misfortunes.
Spanish coins, known as "cobs", that circulated in this epic era were hand struck from dies and cut to weight. Minted in 5 denominations in silver, the largest was the 8 reales, famous in the colonies and among pirates as a “piece of eight.” The other denominations were 4 reales, 2 reales, 1 real and 1/2 real. Cob coinage with their unusual shapes are all unique and each is a one-of-a-kind piece of history.