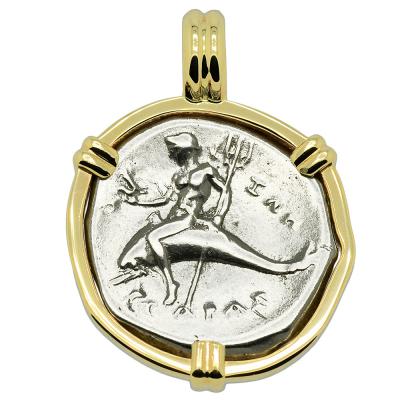 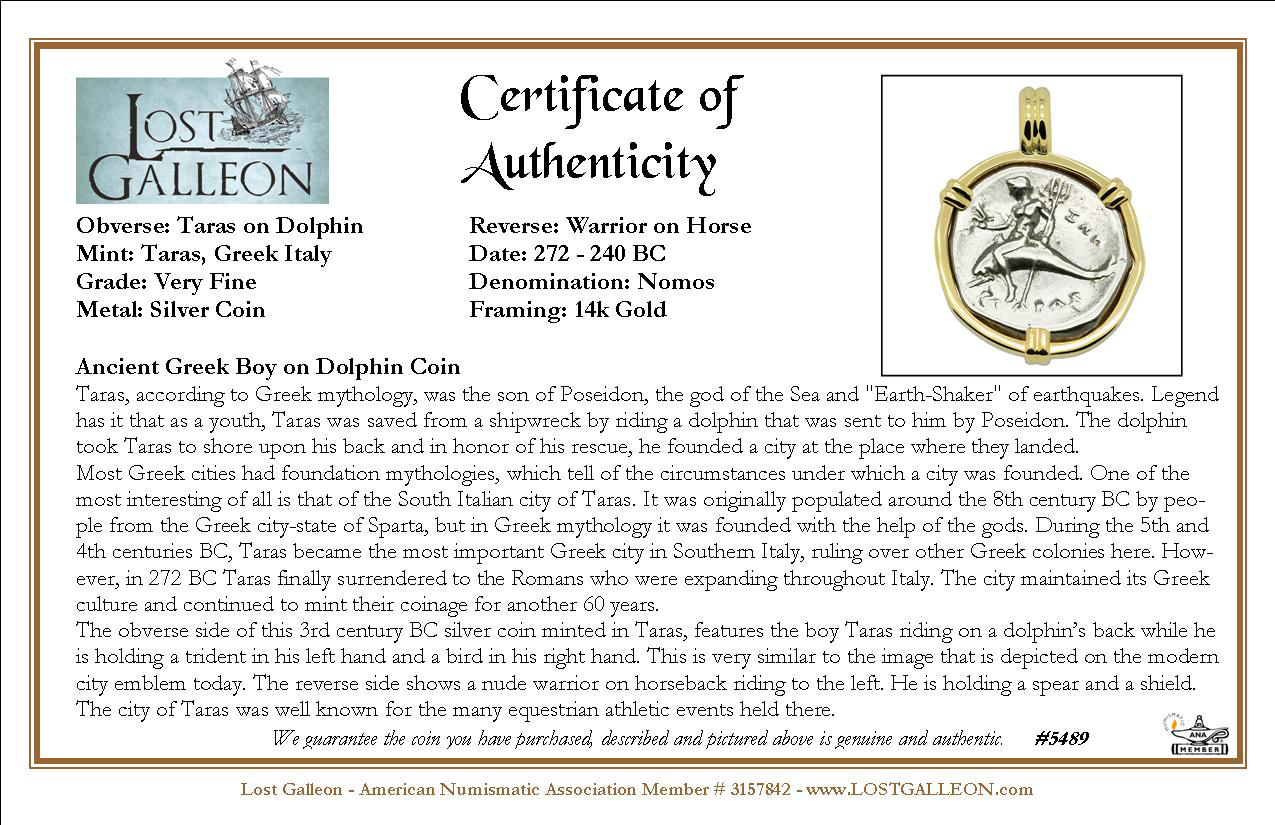 Taras, according to Greek mythology, was the son of Poseidon, the god of the Sea and "Earth-Shaker" of earthquakes. Legend has it that as a youth, Taras was saved from a shipwreck by riding a dolphin that was sent to him by Poseidon. The dolphin took Taras to shore upon his back and in honor of his rescue, he founded a city at the place where they landed.
Most Greek cities had foundation mythologies, which tell of the circumstances under which a city was founded. One of the most interesting of all is that of the South Italian city of Taras. It was originally populated around the 8th century BC by people from the Greek city-state of Sparta, but in Greek mythology it was founded with the help of the gods. During the 5th and 4th centuries BC, Taras became the most important Greek city in Southern Italy, ruling over other Greek colonies here. However, in 272 BC Taras finally surrendered to the Romans who were expanding throughout Italy. The city maintained its Greek culture and continued to mint their coinage for another 60 years.
The obverse side of this 3rd century BC silver coin minted in Taras, features the boy Taras riding on a dolphin’s back while he is holding a trident in his left hand and a bird in his right hand. This is very similar to the image that is depicted on the modern city emblem today. The reverse side shows a nude warrior on horseback riding to the left. He is holding a spear and a shield. The city of Taras was well known for the many equestrian athletic events held there.