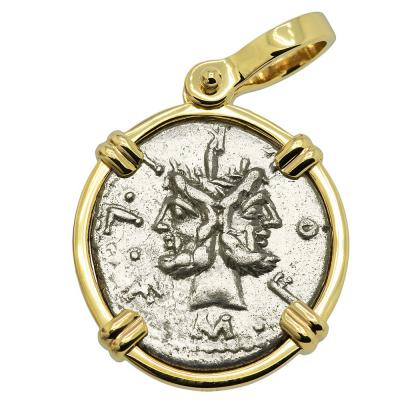 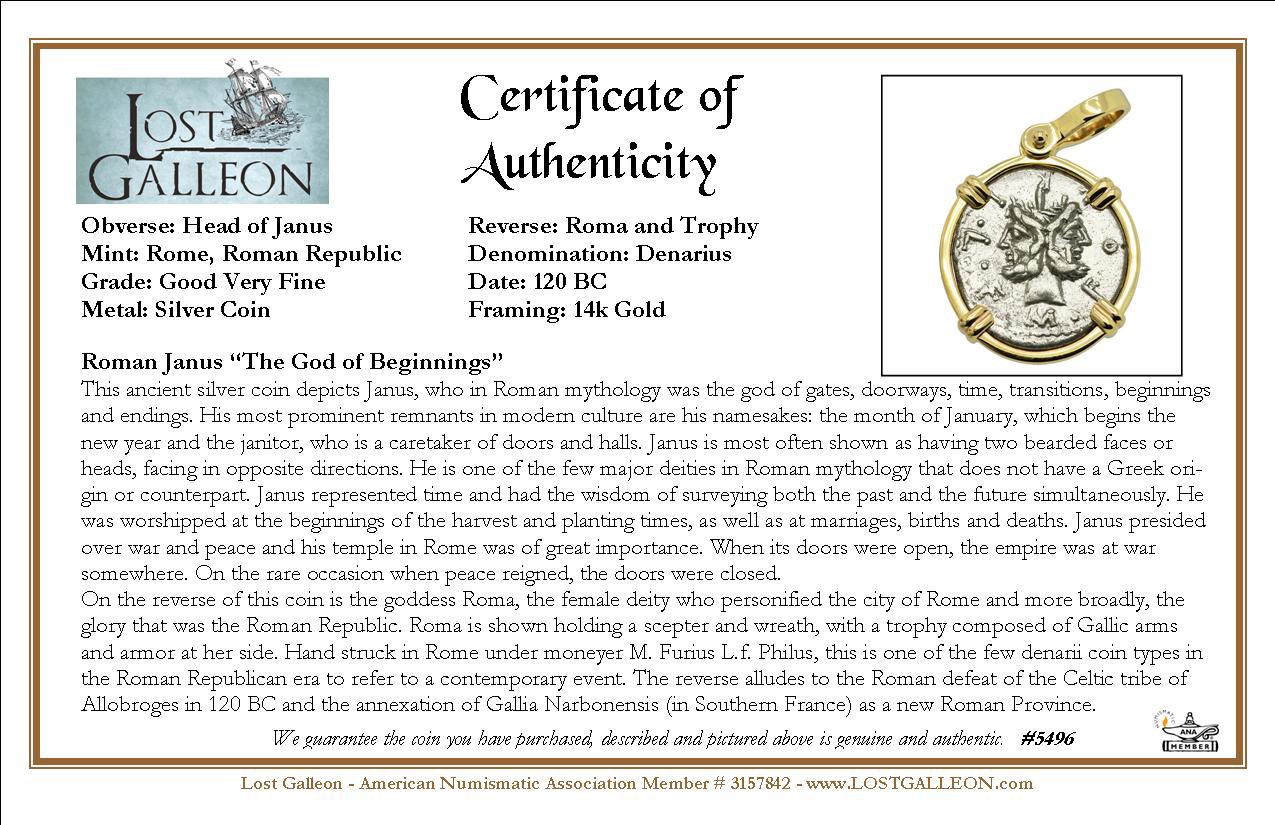 This ancient silver coin depicts Janus, who in Roman mythology was the god of gates, doorways, time, transitions, beginnings and endings. His most prominent remnants in modern culture are his namesakes: the month of January, which begins the new year and the janitor, who is a caretaker of doors and halls. Janus is most often shown as having two bearded faces or heads, facing in opposite directions. He is one of the few major deities in Roman mythology that does not have a Greek origin or counterpart.
Janus represented time and had the wisdom of surveying both the past and the future simultaneously. He was worshipped at the beginnings of the harvest and planting times, as well as at marriages, births and deaths. Janus presided over war and peace and his temple in Rome was of great importance. When its doors were open, the empire was at war somewhere. On the rare occasion when peace reigned, the doors were closed.
On the reverse of this coin is the goddess Roma, the female deity who personified the city of Rome and more broadly, the glory that was the Roman Republic. Roma is shown holding a scepter and wreath, with a trophy composed of Gallic arms and armor at her side. Hand struck in Rome under moneyer M. Furius L.f. Philus, this is one of the few denarii coin types in the Roman Republican era to refer to a contemporary event. The reverse alludes to the Roman defeat of the Celtic tribe of Allobroges in 120 BC and the annexation of Gallia Narbonensis (in Southern France) as a new Roman Province.