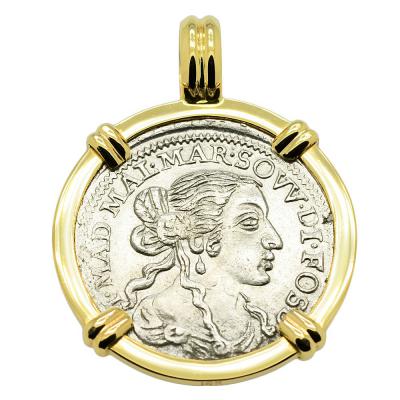 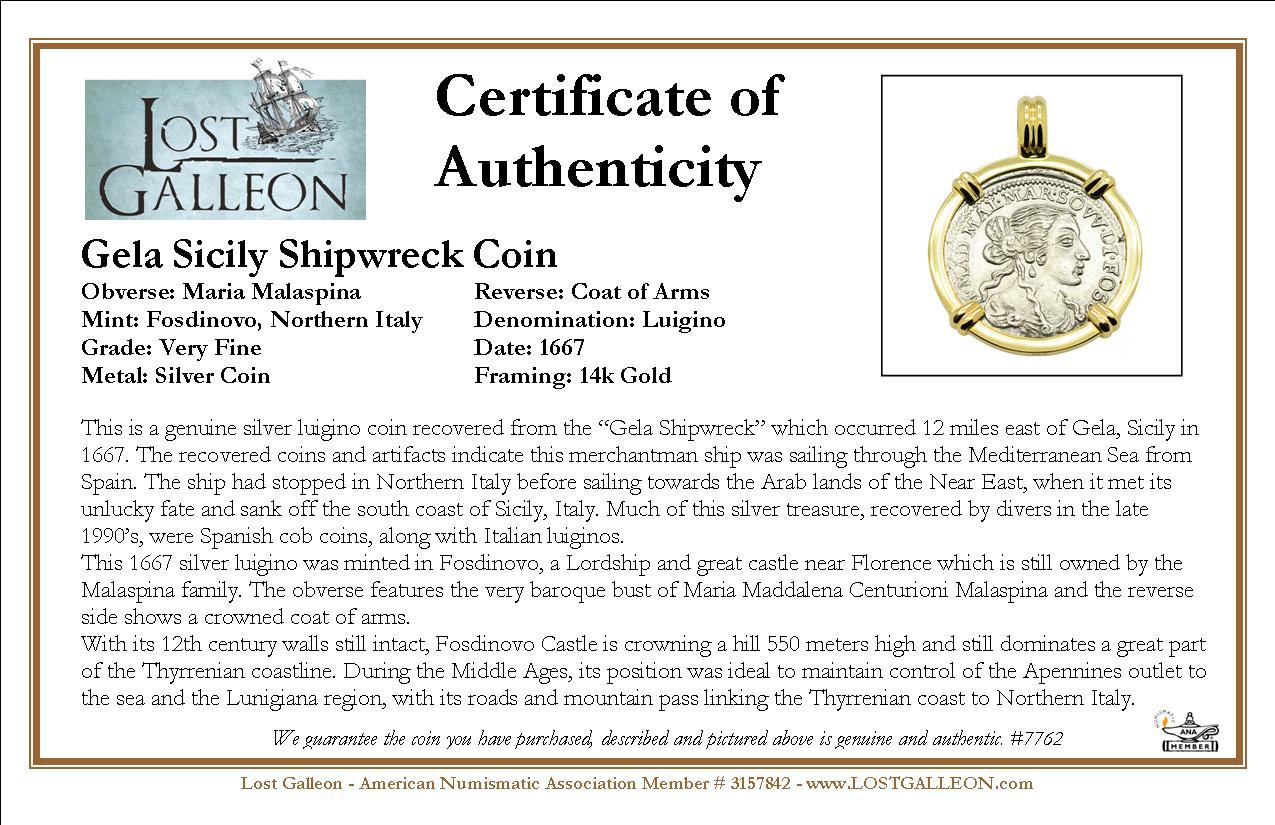 This is a genuine silver luigino coin recovered from the “Gela Shipwreck” which occurred 12 miles east of Gela, Sicily in 1667. The recovered coins and artifacts indicate this merchantman ship was sailing through the Mediterranean Sea from Spain. The ship had stopped in Northern Italy before sailing towards the Arab lands of the Near East, when it met its unlucky fate and sank off the south coast of Sicily, Italy. Much of this silver treasure, recovered by divers in the late 1990’s, were Spanish cob coins, along with Italian luiginos.
This 1667 silver luigino was minted in Fosdinovo, a Lordship and great castle near Florence which is still owned by the Malaspina family. The obverse features the very baroque bust of Maria Maddalena Centurioni Malaspina and the reverse side shows a crowned coat of arms.
With its 12th century walls still intact, Fosdinovo Castle is crowning a hill 550 meters high and still dominates a great part of the Thyrrenian coastline. During the Middle Ages, its position was ideal to maintain control of the Apennines outlet to the sea and the Lunigiana region, with its roads and mountain pass linking the Thyrrenian coast to Northern Italy.