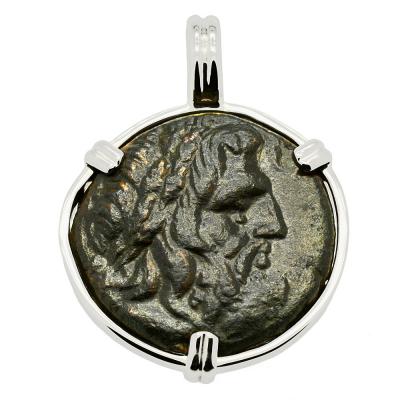 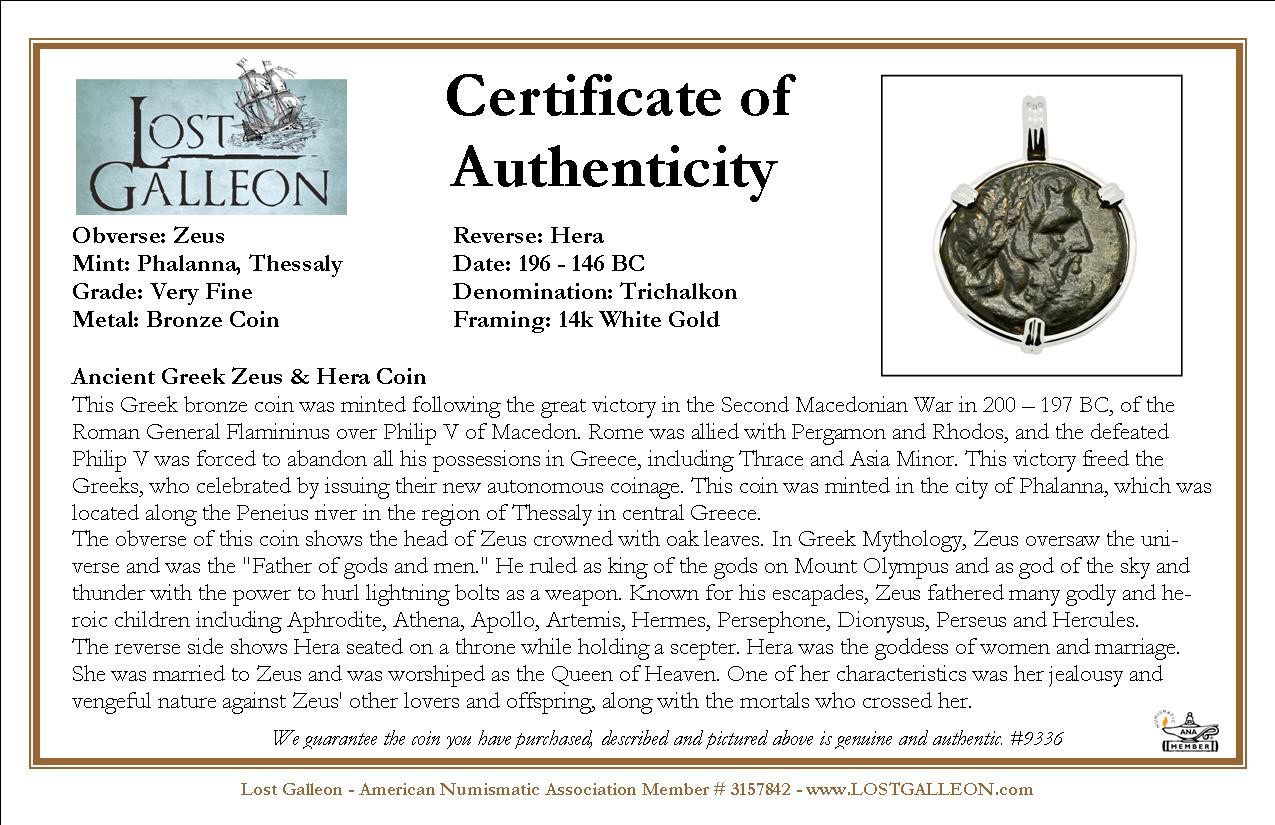 This Greek bronze coin was minted following the great victory in the Second Macedonian War in 200 – 197 BC, of the Roman General Flamininus over Philip V of Macedon. Rome was allied with Pergamon and Rhodos, and the defeated Philip V was forced to abandon all his possessions in Greece, including Thrace and Asia Minor. This victory freed the Greeks, who celebrated by issuing their new autonomous coinage.
The obverse of this coin shows the head of Zeus crowned with oak leaves. In Greek Mythology, Zeus oversaw the universe and was the most powerful god. He ruled the other Olympian Gods as both a father, as head of the family and as king. He was the god of sky and thunder and his symbols are the bull and oak along with the eagle and thunderbolt. Known for his escapades, Zeus fathered many godly and heroic children including Aphrodite, Athena, Apollo, Artemis, Hermes, Persephone, Dionysus, Perseus and Hercules.
The reverse side shows Hera seated on a throne while holding a scepter. Hera was the goddess of women and marriage. She was married to Zeus and was worshiped as the Queen of Heaven. One of her characteristics was her jealousy and vengeful nature against Zeus's other lovers and offspring along with the mortals who crossed her.