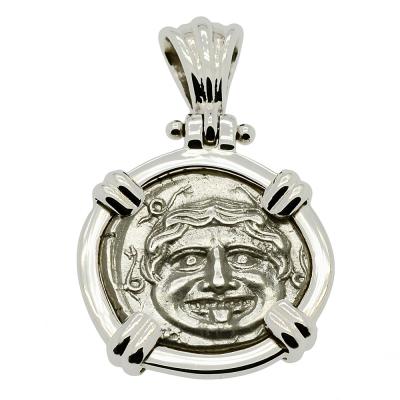 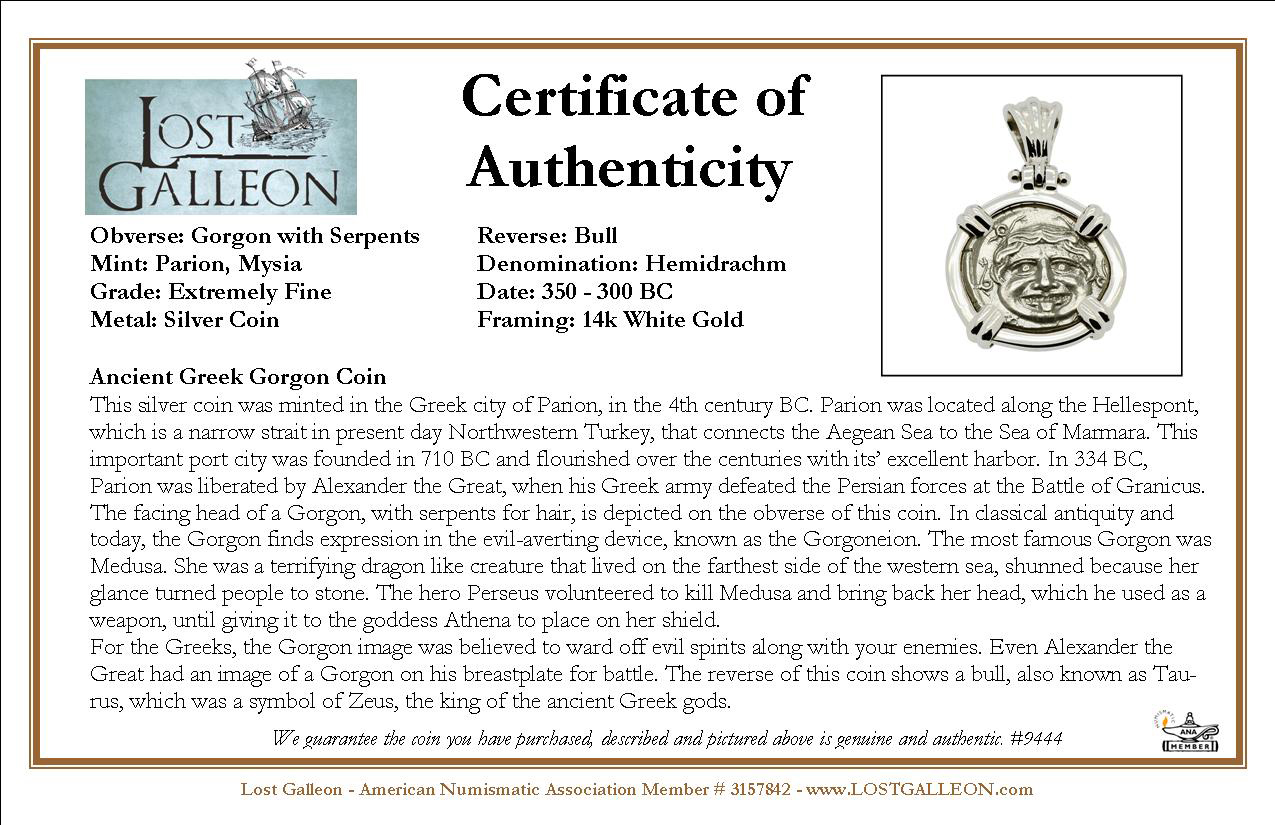 This coin was minted in the Greek city of Parion, in the 4th century BC. Parion was located along the Hellespont, which is a narrow strait in present day Northwestern Turkey, that connects the Aegean Sea to the Sea of Marmara. The city was founded in 710 BC and flourished with its excellent harbor. Parion was liberated by Alexander the Great, when his Greek army defeated the Persian forces at the Battle of Granicus in 334 BC.
In classical antiquity and today, the image of the head of the Gorgon finds expression in the evil-averting device known as the Gorgoneion, which is depicted on the obverse of this coin. The most famous Gorgon was Medusa. She was a terrifying dragon like creature that lived on the farthest side of the western sea, shunned because her glance turned persons to stone. The Hero Perseus volunteered to kill Medusa and bring back her head, which he used as a weapon, until giving it to the Goddess Athena to place on her shield. For the Greeks, the Gorgon image was believed to ward off evil spirits along with your enemies. Even Alexander the Great had an image of Medusa on his breastplate for battle. The reverse of this coin shows a Bull also known as Taurus, which was a symbol of Zeus, the King of the ancient Greek Gods.