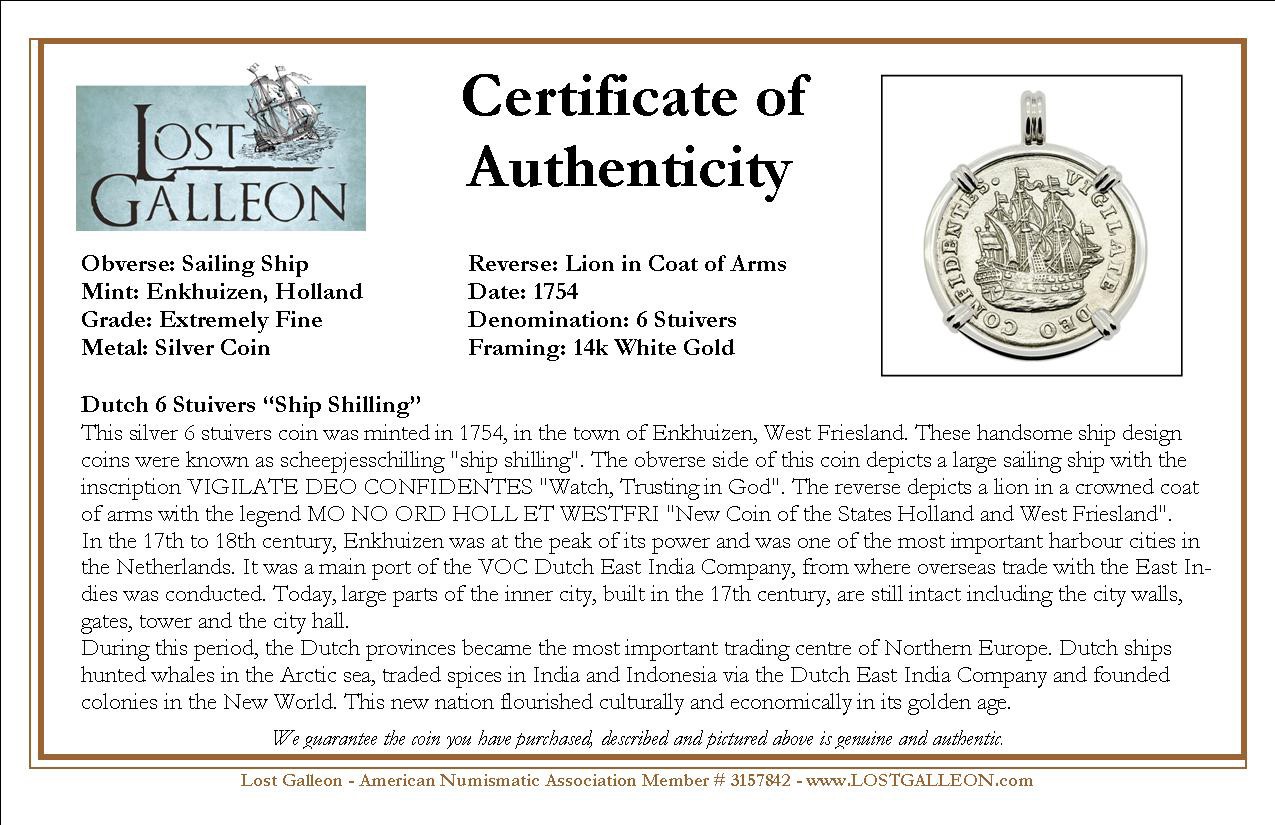 This silver 6 stuivers coin was minted in 1754, in the town of Enkhuizen, West Friesland. These handsome ship design coins were known as scheepjesschilling "ship shilling". The obverse side of this coin depicts a large sailing ship with the inscription VIGILATE DEO CONFIDENTES "Watch, Trusting in God". The reverse depicts a lion in a crowned coat of arms with the legend MO NO ORD HOLL ET WESTFRI "New Coin of the States Holland and West Friesland".
In the 17th to 18th century, Enkhuizen was at the peak of its power and was one of the most important harbour cities in the Netherlands. It was a main port of the VOC Dutch East India Company, from where overseas trade with the East Indies was conducted. Today, large parts of the inner city, built in the 17th century, are still intact including the city walls, gates, tower and the city hall.
During this period, the Dutch provinces became the most important trading centre of Northern Europe. Dutch ships hunted whales in the Arctic sea, traded spices in India and Indonesia via the Dutch East India Company and founded colonies in the New World. This new nation flourished culturally and economically in its golden age.