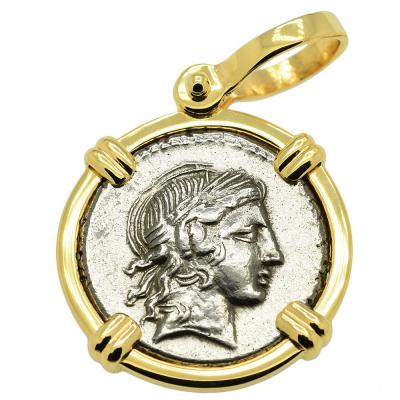 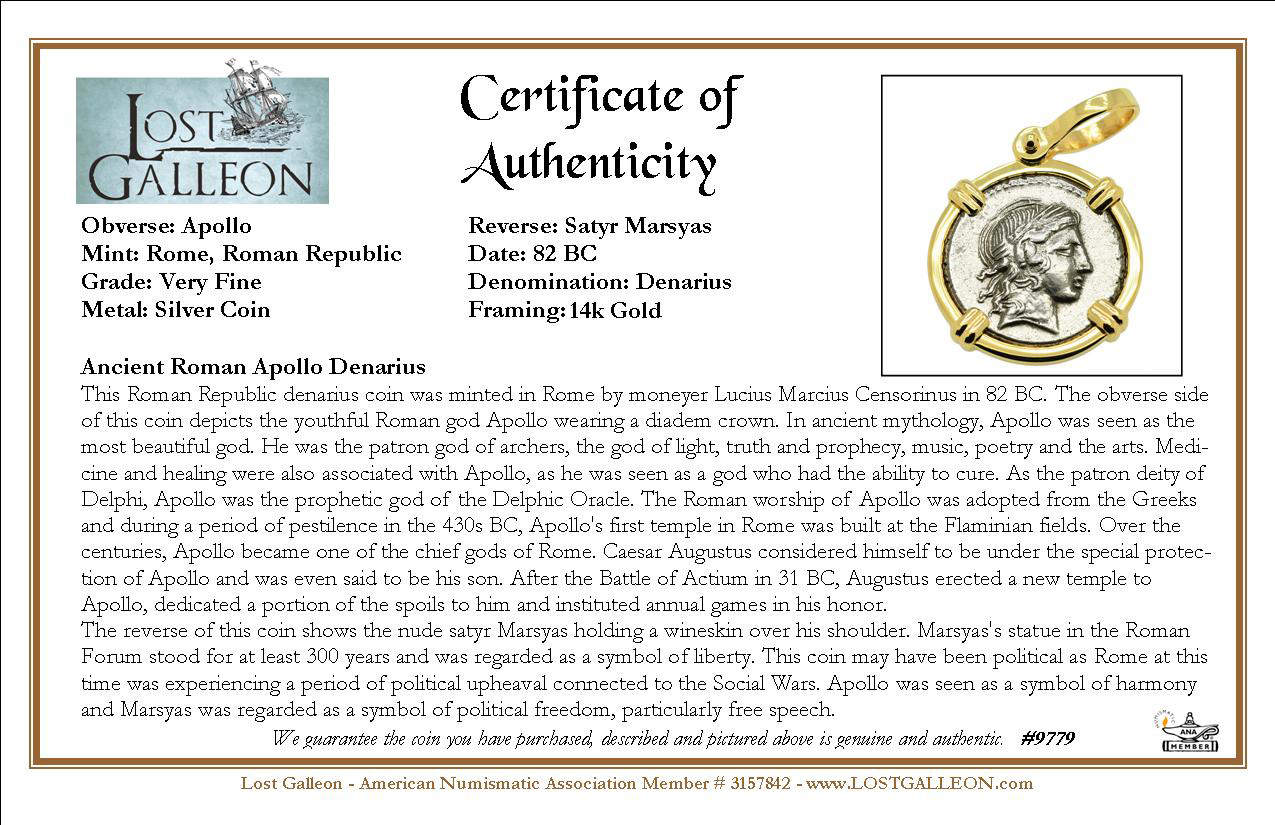 This Roman Republic denarius coin was minted in Rome by moneyer Lucius Marcius Censorinus in 82 BC. The obverse side of this coin depicts the youthful Roman god Apollo wearing a diadem crown. In ancient mythology, Apollo was seen as the most beautiful god. He was the patron god of archers, the god of light, truth and prophecy, music, poetry and the arts. Medicine and healing were also associated with Apollo, as he was seen as a god who had the ability to cure. As the patron deity of Delphi, Apollo was the prophetic god of the Delphic Oracle.
The Roman worship of Apollo was adopted from the Greeks and during a period of pestilence in the 430s BC, Apollo's first temple in Rome was built at the Flaminian fields. Over the centuries, Apollo became one of the chief gods of Rome. Caesar Augustus considered himself to be under the special protection of Apollo and was even said to be his son. After the Battle of Actium in 31 BC, Augustus erected a new temple to Apollo, dedicated a portion of the spoils to him and instituted annual games in his honor.
The reverse of this coin shows the nude satyr Marsyas holding a wineskin over his shoulder. Marsyas's statue in the Roman Forum stood for at least 300 years and was regarded as a symbol of liberty. This coin may have been political as Rome at this time was experiencing a period of political upheaval connected to the Social Wars. Apollo was seen as a symbol of harmony and Marsyas was regarded as a symbol of political freedom, particularly free speech.