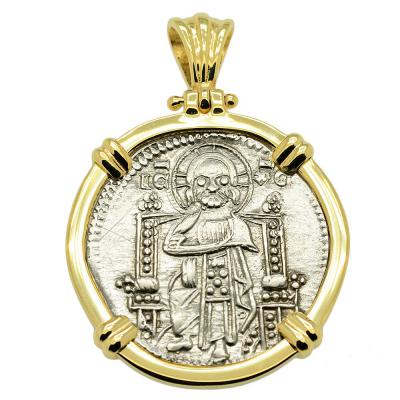 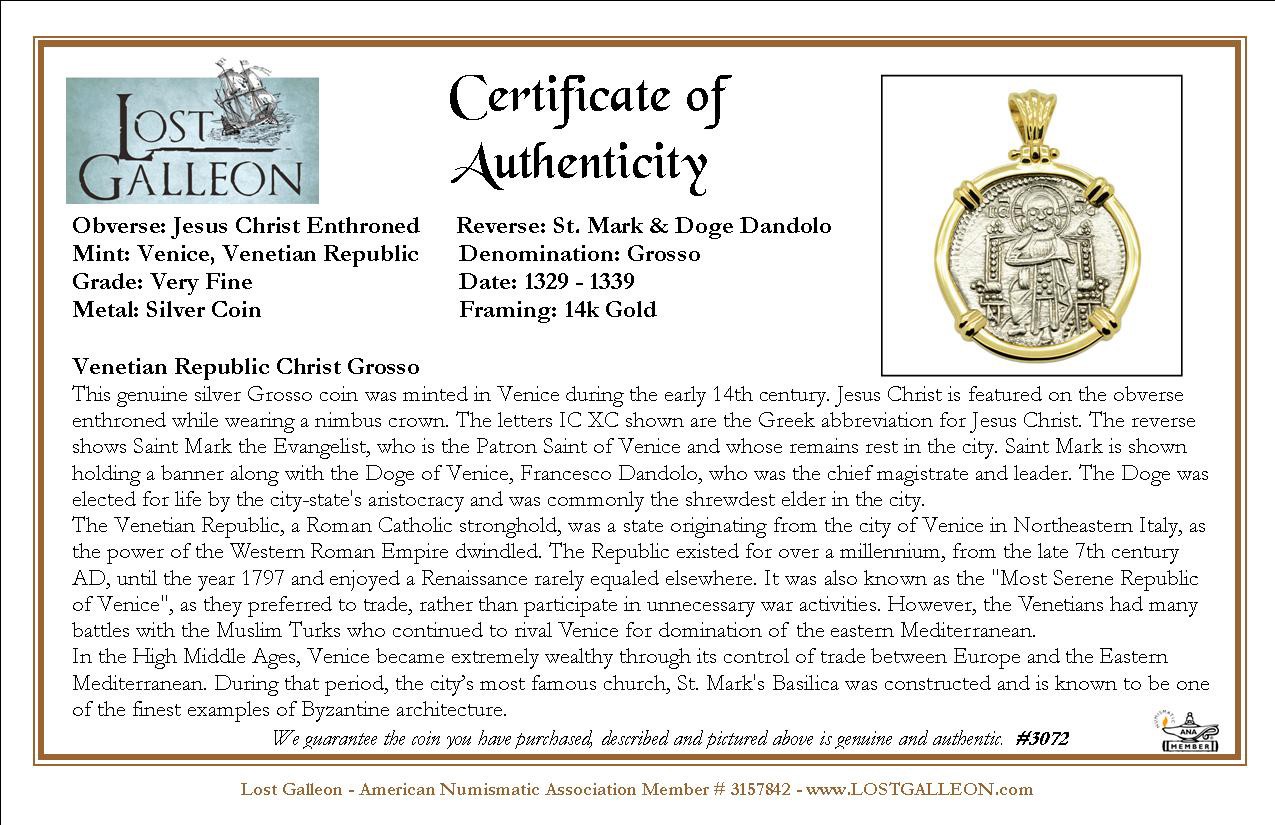 This genuine silver Grosso coin was minted in Venice during the early 14th century. Jesus Christ is featured on the obverse enthroned while wearing a nimbus crown. The letters IC XC shown are the Greek abbreviation for Jesus Christ. The reverse shows Saint Mark the Evangelist, who is the Patron Saint of Venice and whose remains rest in the city. Saint Mark is shown holding a banner along with the Doge of Venice, Francesco Dandolo, who was the chief magistrate and leader. The Doge was elected for life by the city-state's aristocracy and was commonly the shrewdest elder in the city.
The Venetian Republic, a Roman Catholic stronghold, was a state originating from the city of Venice in Northeastern Italy, as the power of the Western Roman Empire dwindled. The Republic existed for over a millennium, from the late 7th century AD, until the year 1797 and enjoyed a Renaissance rarely equaled elsewhere. It was also known as the "Most Serene Republic of Venice", as they preferred to trade, rather than participate in unnecessary war activities. However, the Venetians had many battles with the Muslim Turks who continued to rival Venice for domination of the eastern Mediterranean.
In the High Middle Ages, Venice became extremely wealthy through its control of trade between Europe and the Eastern Mediterranean. During that period, the city’s most famous church, St. Mark's Basilica was constructed and is known to be one of the finest examples of Byzantine architecture.