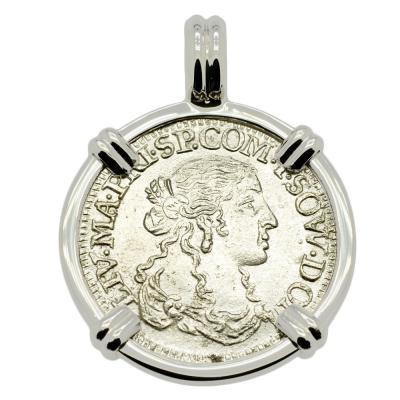 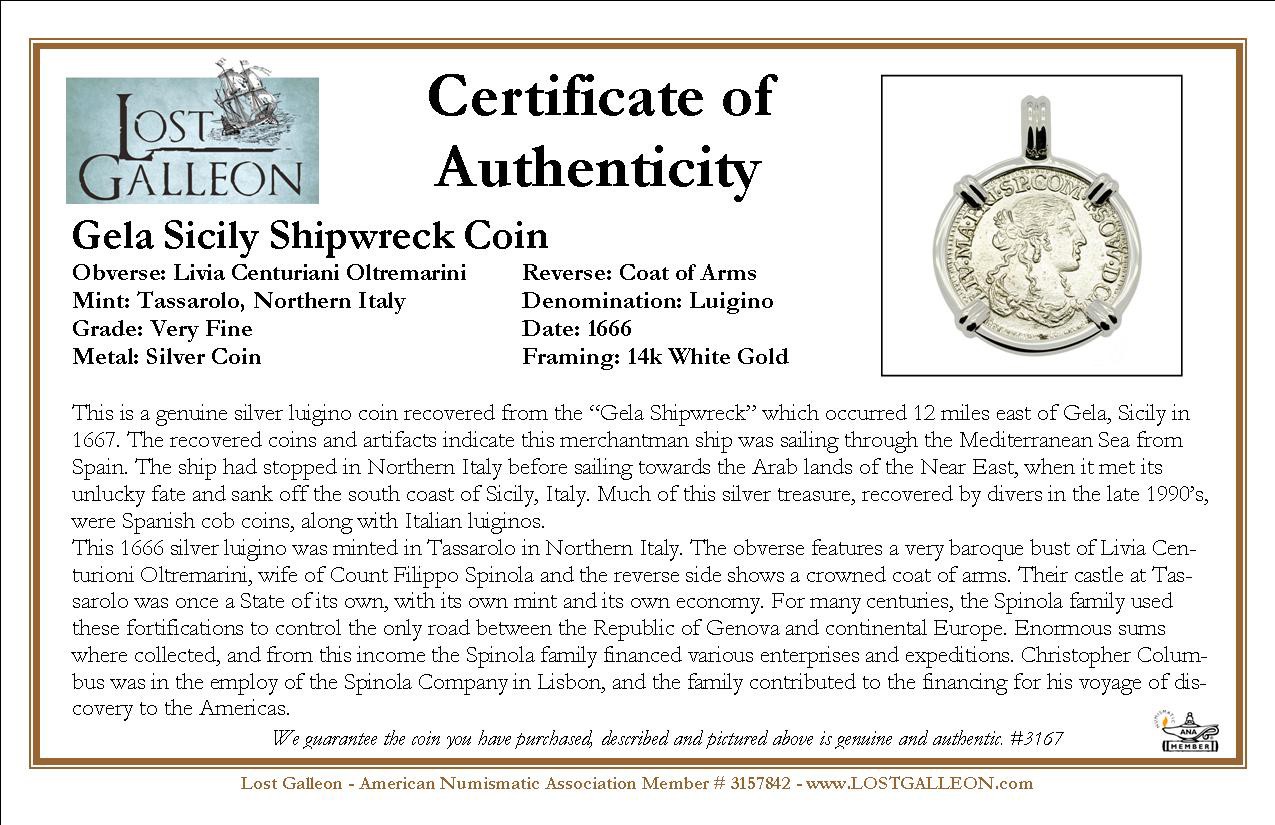 This is a genuine silver luigino coin recovered from the “Gela Shipwreck” which occurred 12 miles east of Gela, Sicily in 1667. The recovered coins and artifacts indicate this merchantman ship was sailing through the Mediterranean Sea from Spain. The ship had stopped in Northern Italy before sailing towards the Arab lands of the Near East, when it met its unlucky fate and sank off the south coast of Sicily, Italy. Much of this silver treasure, recovered by divers in the late 1990’s, were Spanish cob coins, along with Italian luiginos.
This 1666 silver luigino was minted in Tassarolo in Northern Italy. The obverse features a very baroque bust of Livia Centurioni Oltremarini, wife of Count Filippo Spinola and the reverse side shows a crowned coat of arms. Their castle at Tassarolo was once a State of its own, with its own mint and its own economy. For many centuries, the Spinola family used these fortifications to control the only road between the Republic of Genova and continental Europe. Enormous sums where collected, and from this income the Spinola family financed various enterprises and expeditions. Christopher Columbus was in the employ of the Spinola Company in Lisbon, and the family contributed to the financing for his voyage of discovery to the Americas.