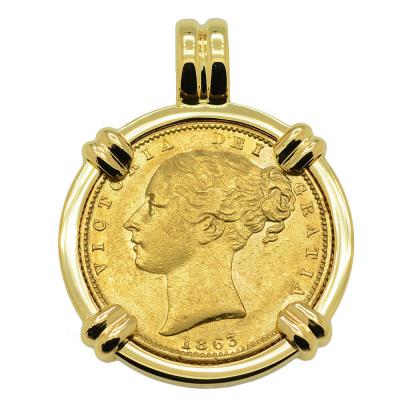 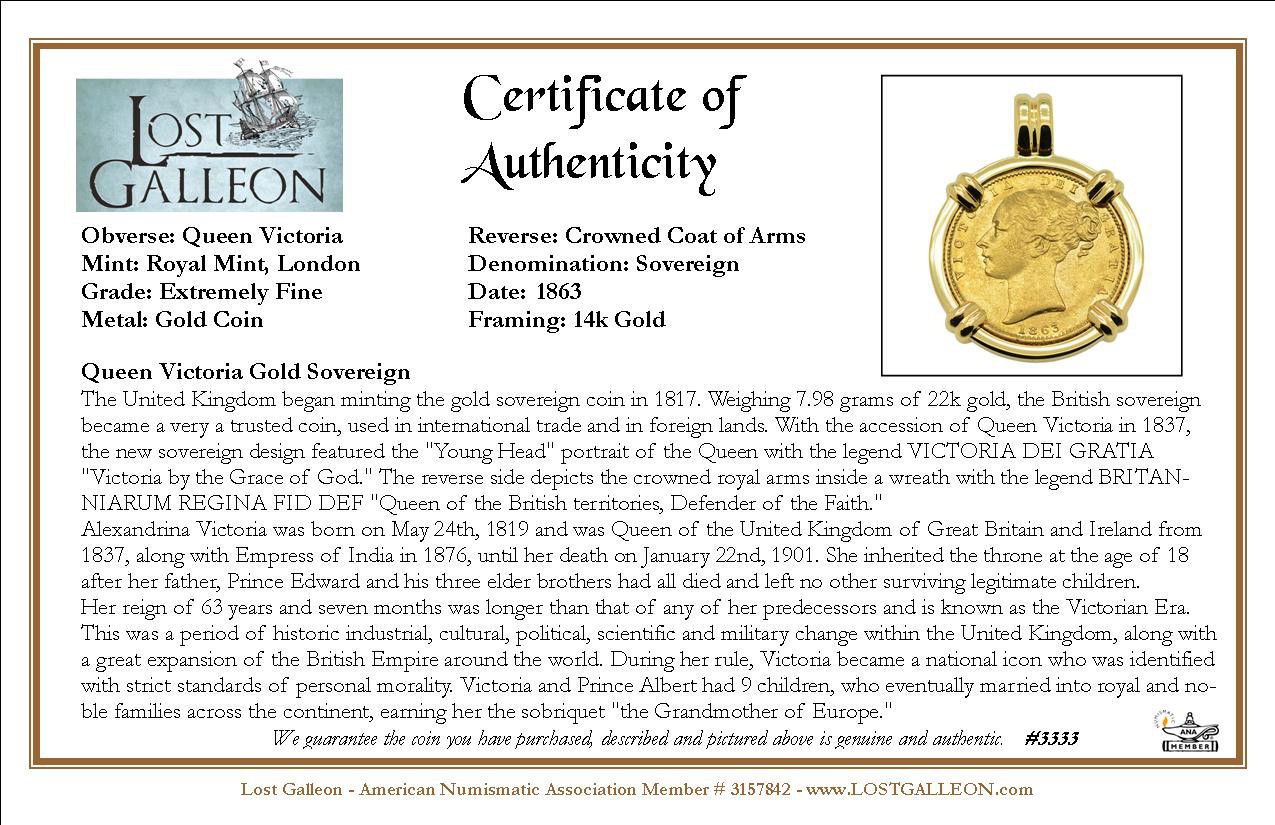 The United Kingdom began minting the gold sovereign coin in 1817. Weighing 7.98 grams of 22k gold, the British sovereign became a very a trusted coin, used in international trade and in foreign lands. With the accession of Queen Victoria in 1837, the new sovereign design featured the "Young Head" portrait of the Queen with the legend VICTORIA DEI GRATIA "Victoria by the Grace of God". The reverse side depicts the crowned royal arms inside a wreath with the legend BRITANNIARUM REGINA FID DEF "Queen of the British territories, Defender of the Faith".
Alexandrina Victoria was born on May 24th, 1819 and was Queen of the United Kingdom of Great Britain and Ireland from 1837, along with Empress of India in 1876, until her death on January 22nd, 1901. She inherited the throne at the age of 18, after her father's three elder brothers had all died, leaving no surviving legitimate children. Her reign of 63 years and seven months was longer than that of any of her predecessors and is known as the Victorian Era. This was a period of historic industrial, cultural, political, scientific and military change within the United Kingdom, along with a great expansion of the British Empire around the world. During her rule, Victoria became a national icon who was identified with strict standards of personal morality. Victoria and Prince Albert had 9 children, who eventually married into royal and noble families across the continent, earning her the sobriquet "the Grandmother of Europe".