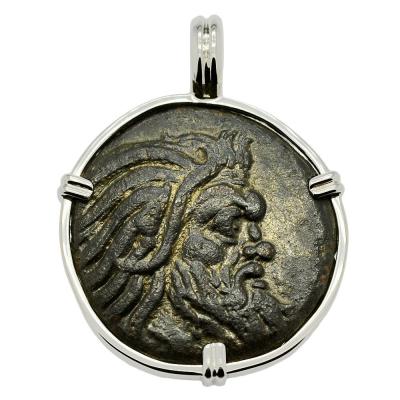 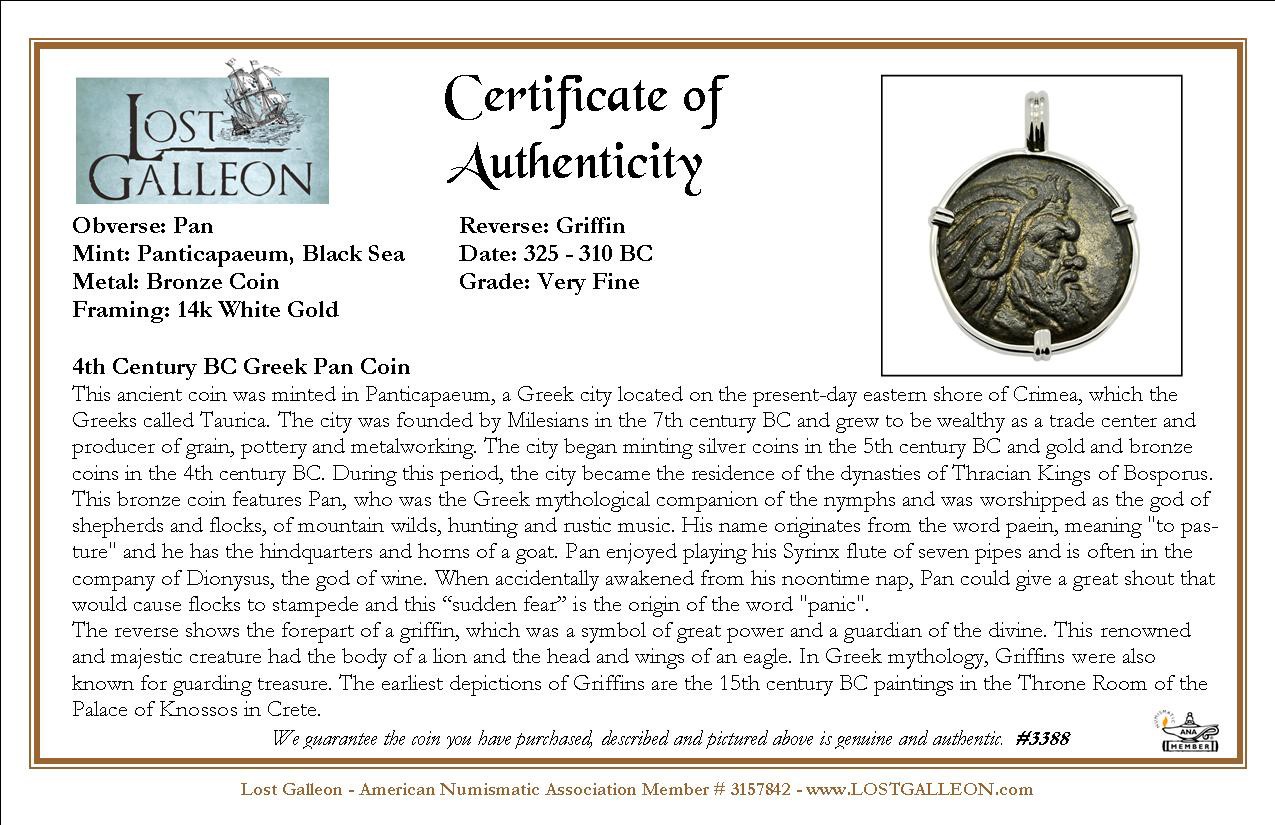 This ancient coin was minted in Panticapaeum, a Greek city located on the present-day eastern shore of Crimea, which the Greeks called Taurica. The city was founded by Milesians in the 7th century BC and grew to be wealthy as a trade center and producer of grain, pottery and metalworking. The city began minting silver coins in the 5th century BC and gold and bronze coins in the 4th century BC. During this period, the city became the residence of the dynasties of Thracian Kings of Bosporus.
This bronze coin features Pan, who was the Greek mythological companion of the nymphs and was worshipped as the god of shepherds and flocks, of mountain wilds, hunting and rustic music. His name originates from the word paein, meaning "to pasture" and he has the hindquarters and horns of a goat. Pan enjoyed playing his Syrinx flute of seven pipes and is often in the company of Dionysus, the god of wine. When accidentally awakened from his noontime nap, Pan could give a great shout that would cause flocks to stampede and this “sudden fear” is the origin of the word "panic".
The reverse shows the forepart of a griffin, which was a symbol of great power and a guardian of the divine. This renowned and majestic creature had the body of a lion and the head and wings of an eagle. In Greek mythology, Griffins were also known for guarding treasure. The earliest depictions of Griffins are the 15th century BC paintings in the Throne Room of the Palace of Knossos in Crete.