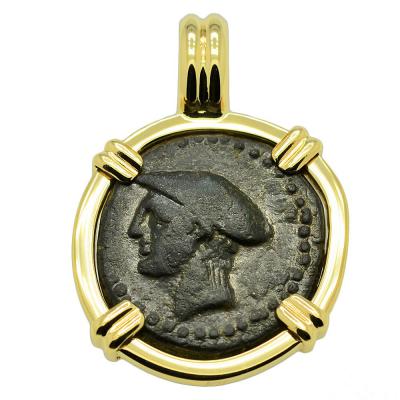 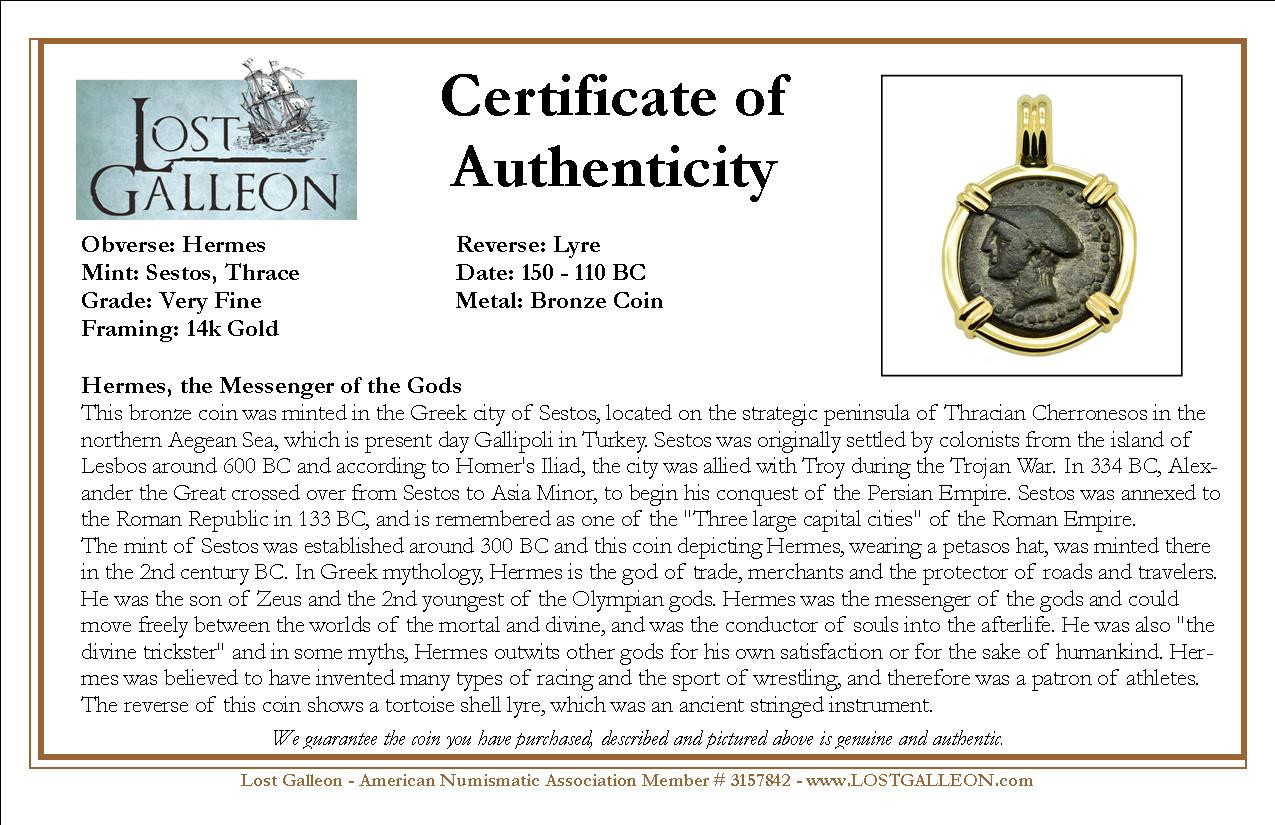 This bronze coin was minted in the Greek city of Sestos, located on the strategic peninsula of Thracian Cherronesos in the northern Aegean Sea, which is present day Gallipoli in Turkey. Sestos was originally settled by colonists from the island of Lesbos around 600 BC and according to Homer's Iliad, the city was allied with Troy during the Trojan War. In 334 BC, Alexander the Great crossed over from Sestos to Asia Minor, to begin his conquest of the Persian Empire. Sestos was annexed to the Roman Republic in 133 BC, and is remembered as one of the "Three large capital cities" of the Roman Empire.
The mint of Sestos was established around 300 BC and this coin depicting Hermes, wearing a petasos hat, was minted there in the 2nd century BC. In Greek mythology, Hermes is the god of trade, merchants and the protector of roads and travelers. He was the son of Zeus and the 2nd youngest of the Olympian gods. Hermes was the messenger of the gods and could move freely between the worlds of the mortal and divine, and was the conductor of souls into the afterlife. He was also "the divine trickster" and in some myths, Hermes outwits other gods for his own satisfaction or for the sake of humankind. Hermes was believed to have invented many types of racing and the sport of wrestling, and therefore was a patron of athletes. The reverse of this coin shows a tortoise shell lyre, which was an ancient stringed instrument.