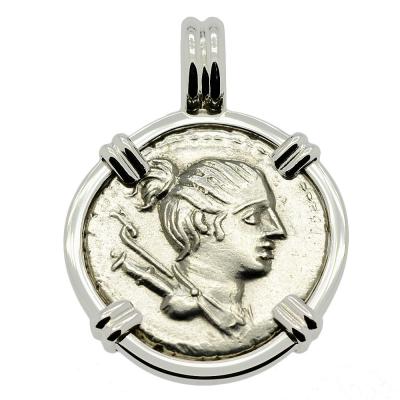 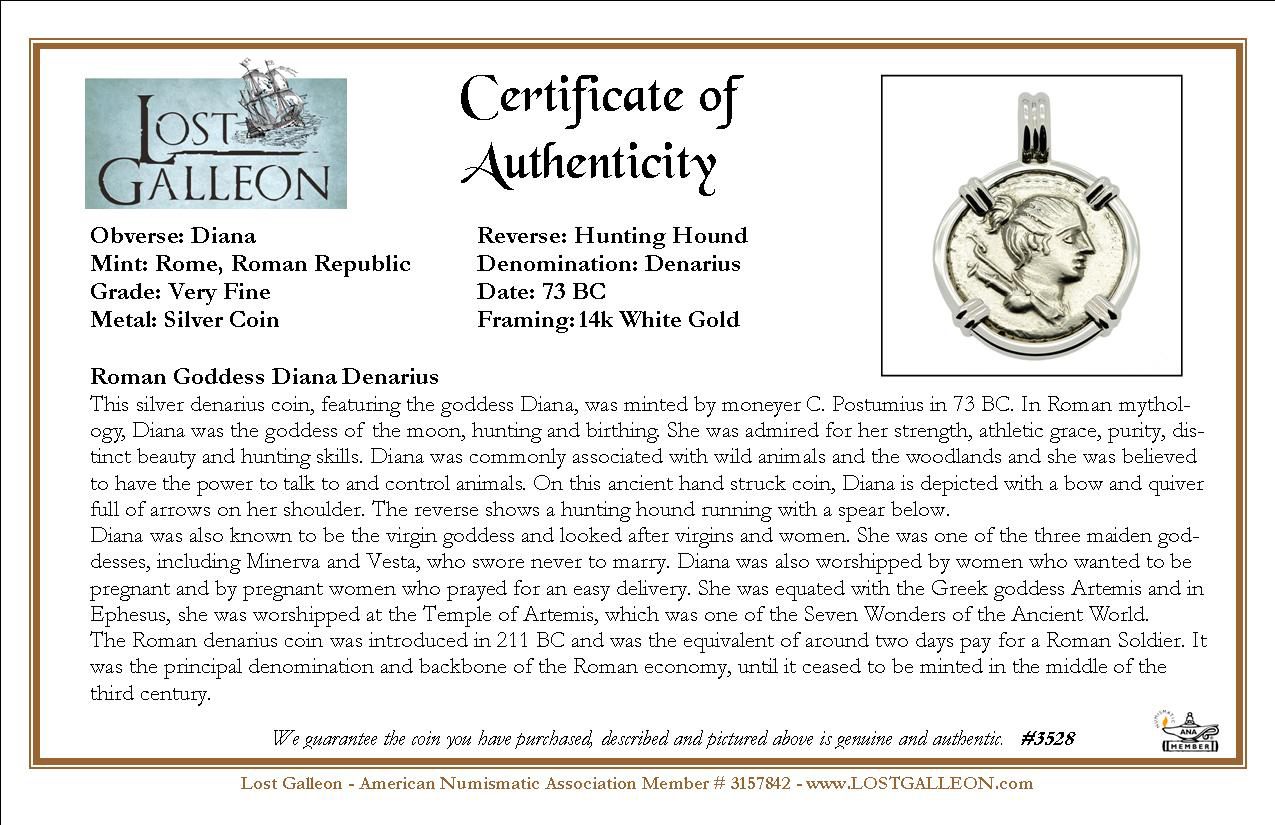 This silver denarius coin featuring the Goddess Diana, was minted by moneyer C. Postumius in 73 BC. In Roman mythology, Diana was the Goddess of the moon, hunting and birthing. She was commonly associated with wild animals and the woodlands, and she was believed to have the power to talk to and control animals. On this ancient hand struck coin, Diana is depicted with a bow and quiver full of arrows on her shoulder. The reverse shows a hunting hound running with a spear below.
Diana was also known to be the Virgin Goddess and looked after virgins and women. She was one of the three maiden goddesses, including Minerva and Vesta, who swore never to marry. Diana was worshipped by women who wanted to be pregnant and by pregnant women who prayed for an easy delivery. She was equated with the Greek Goddess Artemis and in Ephesus, she was worshipped at the Temple of Artemis, which was one of World's Seven Wonders.
The Roman denarius coin was introduced in 211 BC and was the equivalent of around 2 days pay for a Roman Soldier. It was the principal denomination and backbone of the Roman economy, until it ceased to be minted in the middle of the third century.