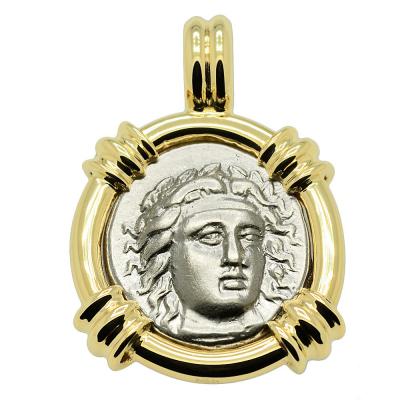 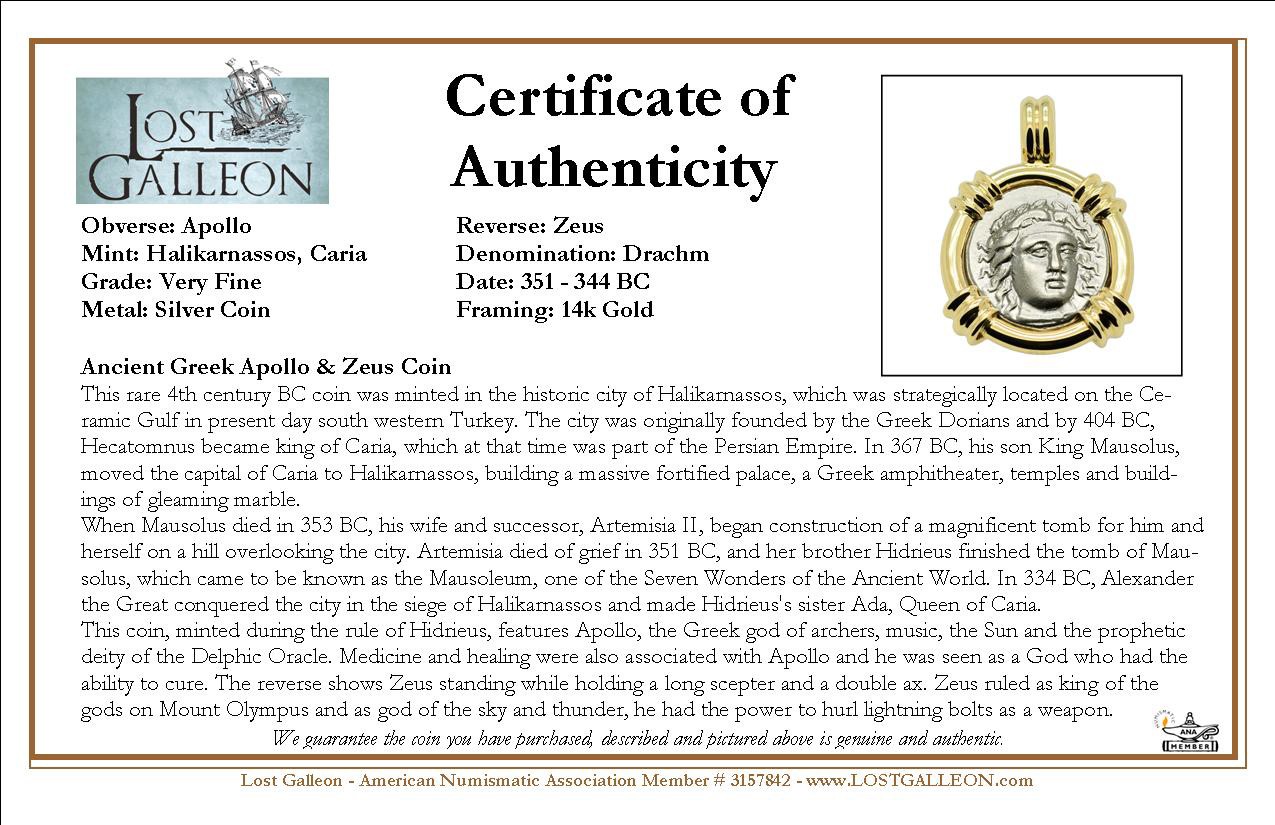 This rare 4th century BC coin was minted in the historic city of Halikarnassos, which was strategically located on the Ceramic Gulf in present day south western Turkey. The city was originally founded by the Greek Dorians and by 404 BC, Hecatomnus became king of Caria, which at that time was part of the Persian Empire. In 367 BC, his son King Mausolus, moved the capital of Caria to Halikarnassos, building a massive fortified palace, a Greek amphitheater, temples and buildings of gleaming marble.
When Mausolus died in 353 BC, his wife and successor, Artemisia II, began construction of a magnificent tomb for him and herself on a hill overlooking the city. Artemisia died of grief in 351 BC, and her brother Hidrieus finished the tomb of Mausolus, which came to be known as the Mausoleum, one of the Seven Wonders of the Ancient World. In 334 BC, Alexander the Great conquered the city in the siege of Halikarnassos and made Hidrieus's sister Ada, Queen of Caria.
This coin, minted during the rule of Hidrieus, features Apollo, the Greek god of archers, music, the Sun and the prophetic deity of the Delphic Oracle. Medicine and healing were also associated with Apollo and he was seen as a God who had the ability to cure. The reverse shows Zeus standing while holding a long scepter and a double ax. Zeus ruled as king of the gods on Mount Olympus and as god of the sky and thunder, he had the power to hurl lightning bolts as a weapon.