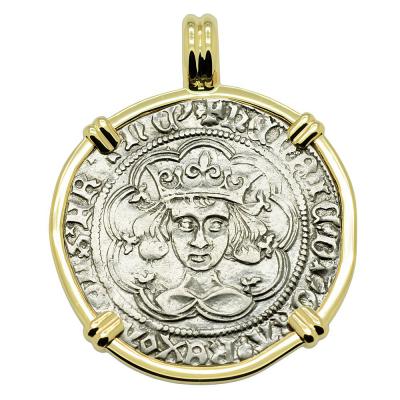 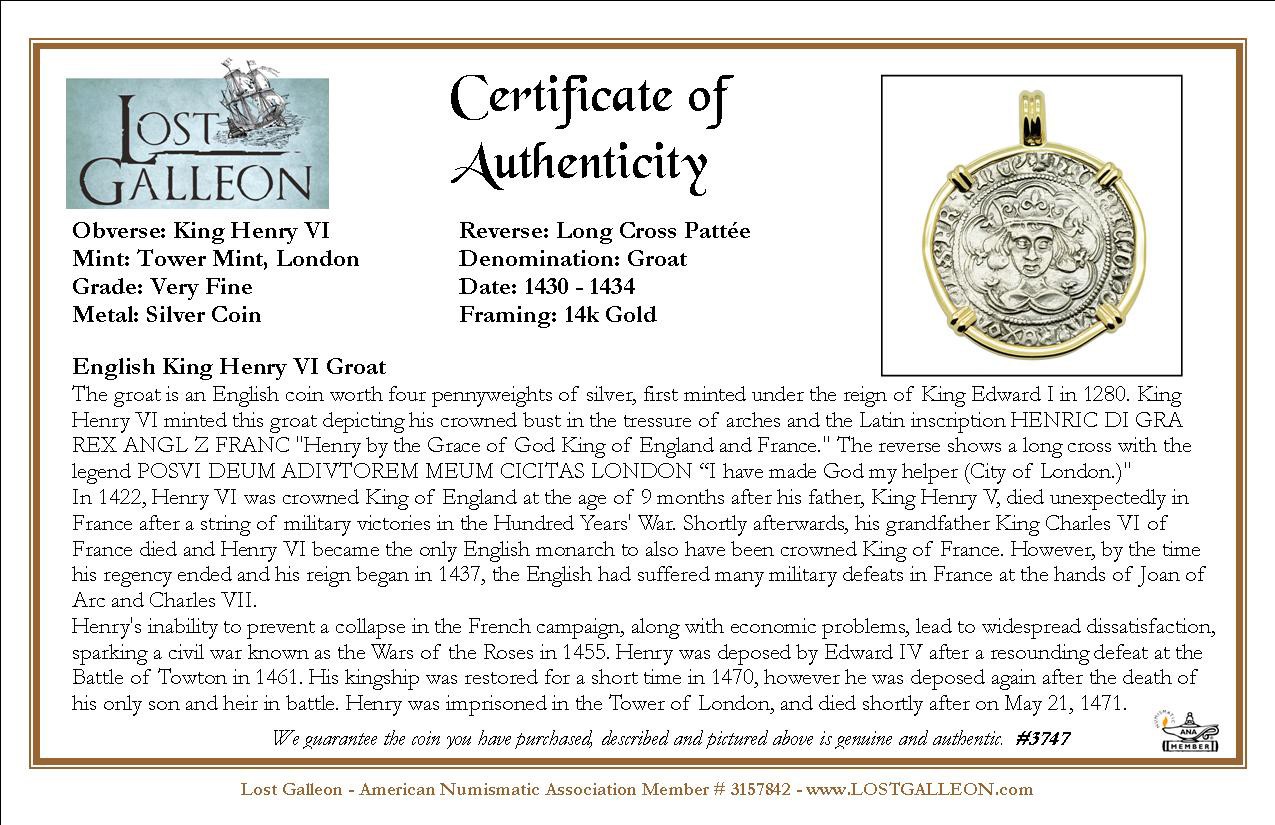 The groat is an English coin worth four pennyweights of silver, first minted under the reign of King Edward I in 1280. King Henry VI minted this groat depicting his crowned bust in the tressure of arches and the Latin inscription HENRIC DI GRA REX ANGL Z FRANC "Henry by the Grace of God King of England and France." The reverse shows a long cross with the legend POSVI DEUM ADIVTOREM MEUM CICITAS LONDON “I have made God my helper (City of London.)"
In 1422, Henry VI was crowned King of England at the age of 9 months after his father, King Henry V, died unexpectedly in France after a string of military victories in the Hundred Years' War. Shortly afterwards, his grandfather King Charles VI of France died and Henry VI became the only English monarch to also have been crowned King of France. However, by the time his regency ended and his reign began in 1437, the English had suffered many military defeats in France at the hands of Joan of Arc and Charles VII.
Henry's inability to prevent a collapse in the French campaign, along with economic problems, lead to widespread dissatisfaction, sparking a civil war known as the Wars of the Roses in 1455. Henry was deposed by Edward IV after a resounding defeat at the Battle of Towton in 1461. His kingship was restored for a short time in 1470, however he was deposed again after the death of his only son and heir in battle. Henry was imprisoned in the Tower of London, and died shortly after on May 21, 1471.