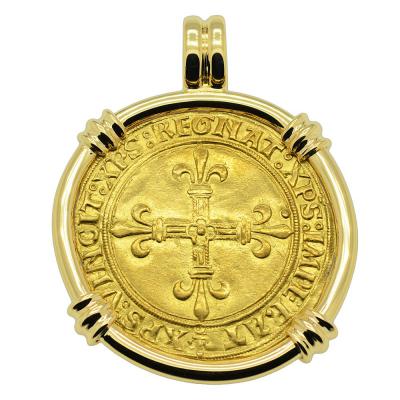 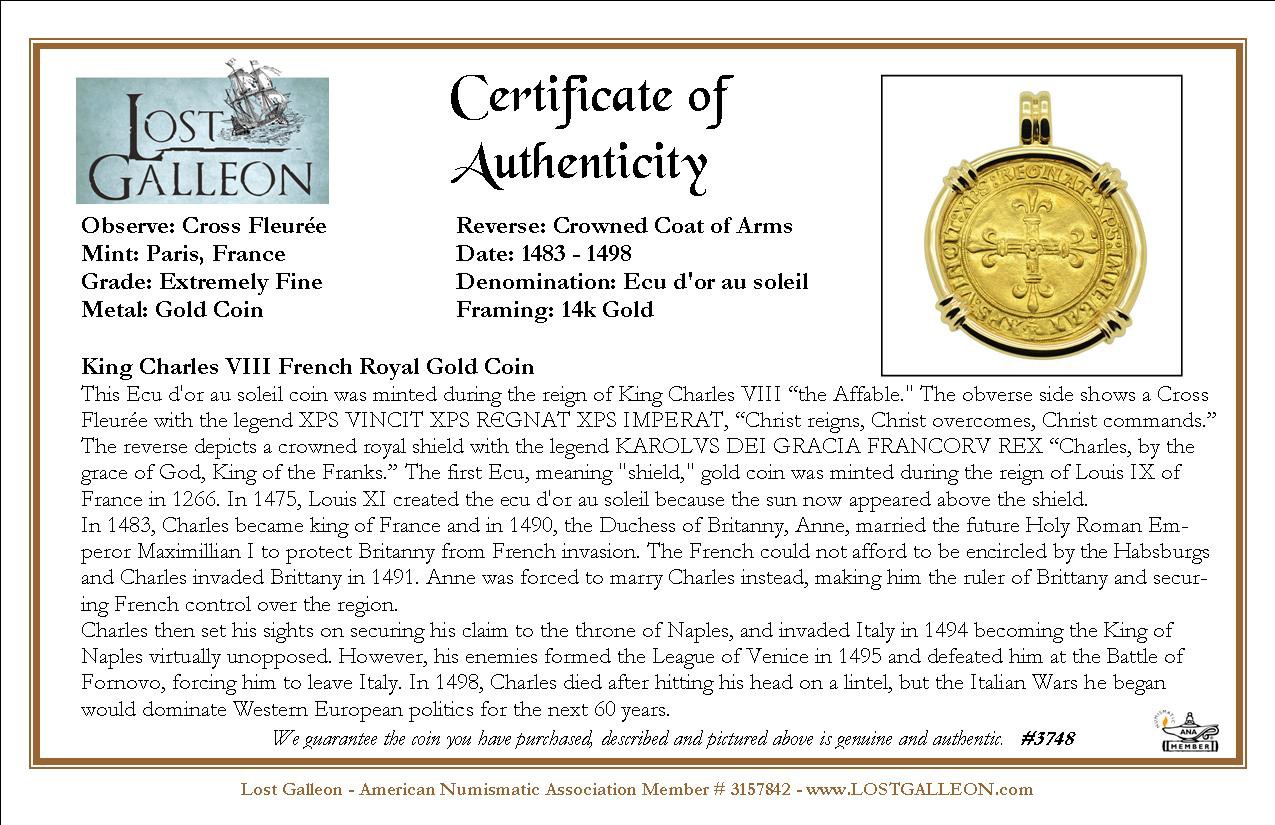 This Ecu d’or au soleil coin was minted during the reign of King Charles VIII “the Affable." The obverse side shows a Cross Fleurée with the legend XPS VINCIT XPS RЄGNAT XPS IMPERAT, “Christ reigns, Christ overcomes, Christ commands.” The reverse depicts a crowned royal shield with the legend KAROLVS DEI GRACIA FRANCORV REX “Charles, by the grace of God, King of the Franks.” The first Ecu, meaning "shield," gold coin was minted during the reign of Louis IX of France in 1266. In 1475, Louis XI created the ecu d'or au soleil because the sun now appeared above the shield.
In 1483, Charles became king of France and in 1490, the Duchess of Britanny, Anne, married the future Holy Roman Emperor Maximillian I to protect Britanny from French invasion. The French could not afford to be encircled by the Habsburgs and Charles invaded Brittany in 1491. Anne was forced to marry Charles instead, making him the ruler of Brittany and securing French control over the region.
Charles then set his sights on securing his claim to the throne of Naples, and invaded Italy in 1494 becoming the King of Naples virtually unopposed. However, his enemies formed the League of Venice in 1495 and defeated him at the Battle of Fornovo, forcing him to leave Italy. In 1498, Charles died after hitting his head on a lintel, but the Italian Wars he began would dominate Western European politics for the next 60 years.