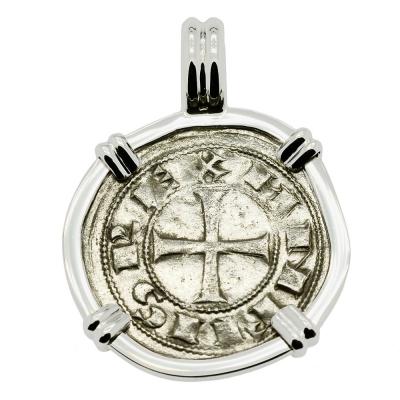 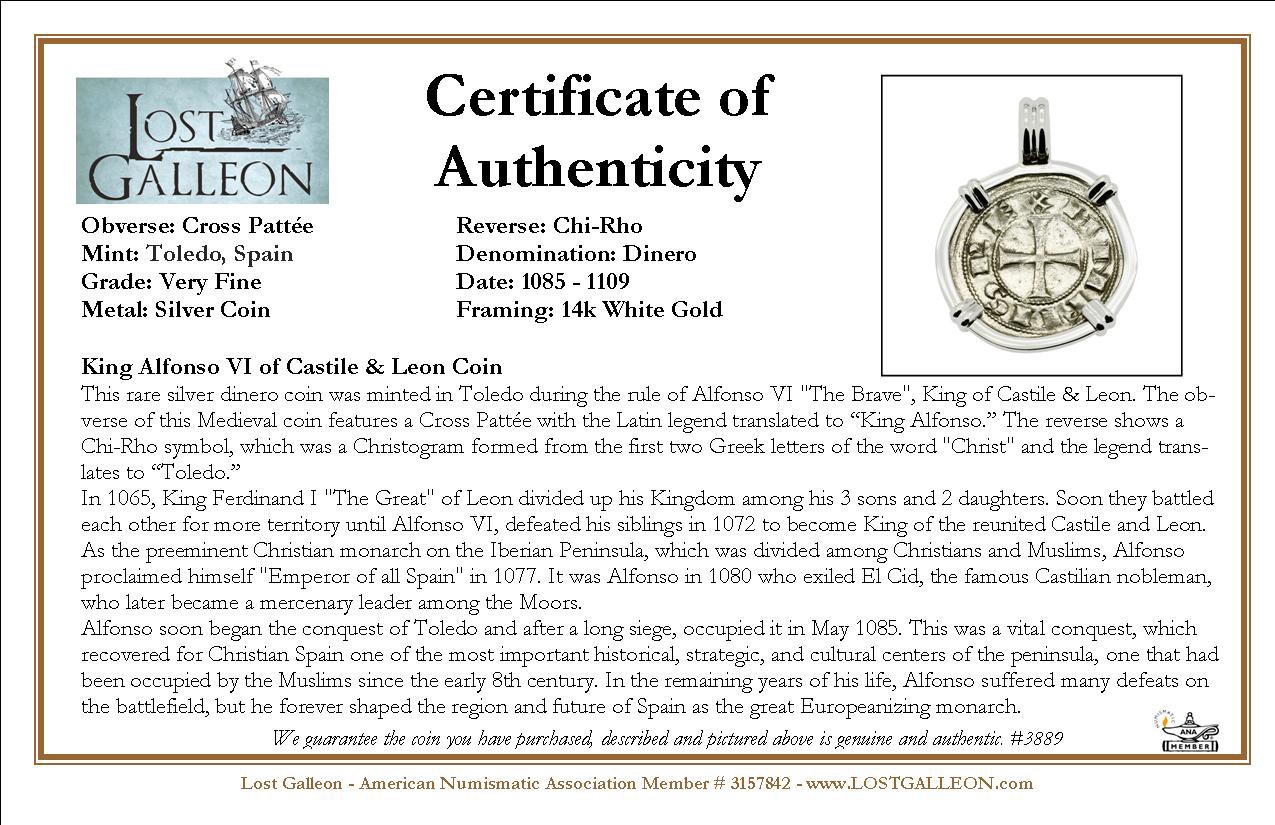 This rare silver dinero coin was minted in Toledo during the rule of Alfonso VI "The Brave", King of Castile & Leon. The obverse of this Medieval coin features a Cross Pattée with the Latin legend translated to “King Alfonso.” The reverse shows a Chi-Rho symbol, which was a Christogram formed from the first two Greek letters of the word "Christ" and the legend translates to “Toledo.”
In 1065, King Ferdinand I "The Great" of Leon divided up his Kingdom among his 3 sons and 2 daughters. Soon they battled each other for more territory until Alfonso VI, defeated his siblings in 1072 to become King of the reunited Castile and Leon. As the preeminent Christian monarch on the Iberian Peninsula, which was divided among Christians and Muslims, Alfonso proclaimed himself "Emperor of all Spain" in 1077. It was Alfonso in 1080 who exiled El Cid, the famous Castilian nobleman, who later became a mercenary leader among the Moors.
Alfonso soon began the conquest of Toledo and after a long siege, occupied it in May 1085. This was a vital conquest, which recovered for Christian Spain one of the most important historical, strategic, and cultural centers of the peninsula, one that had been occupied by the Muslims since the early 8th century. In the remaining years of his life, Alfonso suffered many defeats on the battlefield, but he forever shaped the region and future of Spain as the great Europeanizing monarch.