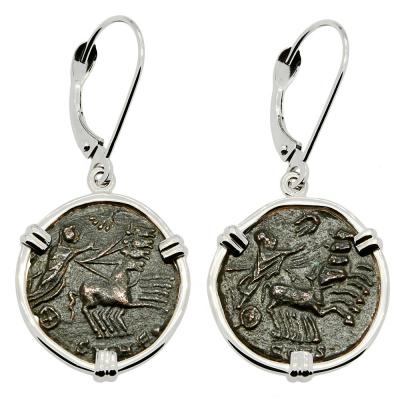 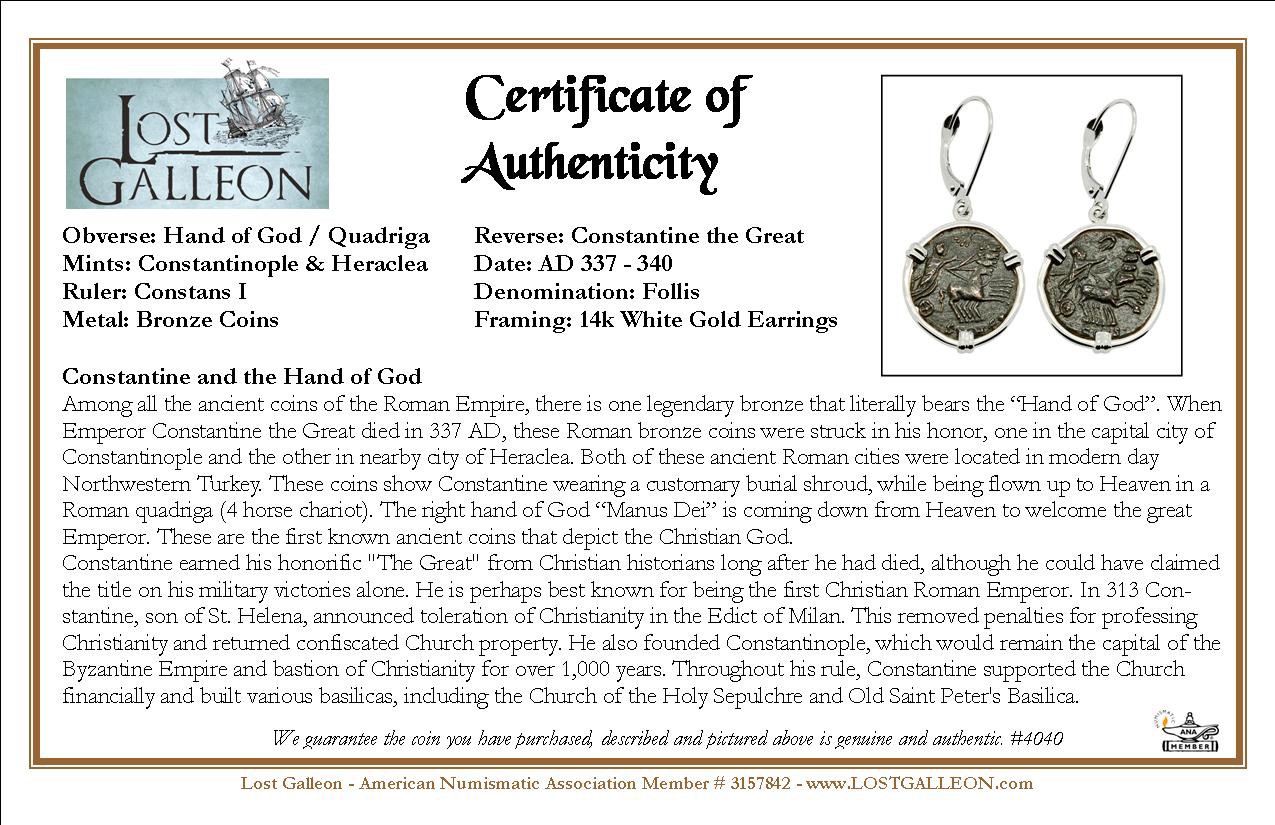 Among all the ancient coins of the Roman Empire, there is one legendary bronze that literally bears the “Hand of God”. When Emperor Constantine the Great died in 337 AD, these Roman bronze coins were struck in his honor, one in the capital city of Constantinople and the other in nearby city of Heraclea. Both of these ancient Roman cities were located in modern day Northwestern Turkey. These coins show Constantine wearing a customary burial shroud, while being flown up to Heaven in a Roman quadriga (4 horse chariot). The right hand of God “Manus Dei” is coming down from Heaven to welcome the great Emperor. These are the first known ancient coins that depict the Christian God.
Constantine earned his honorific "The Great" from Christian historians long after he had died, although he could have claimed the title on his military victories alone. He is perhaps best known for being the first Christian Roman Emperor. In 313 Constantine, son of St. Helena, announced toleration of Christianity in the Edict of Milan. This removed penalties for professing Christianity and returned confiscated Church property. He also founded Constantinople, which would remain the capital of the Byzantine Empire and bastion of Christianity for over 1,000 years. Throughout his rule, Constantine supported the Church financially and built various basilicas, including the Church of the Holy Sepulchre and Old Saint Peter's Basilica.