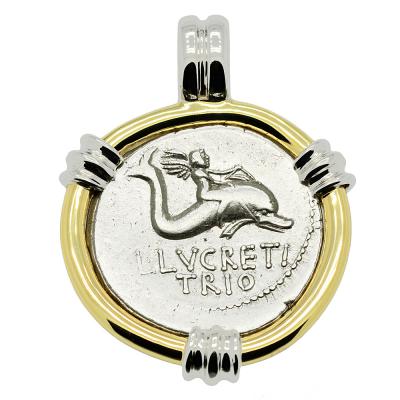 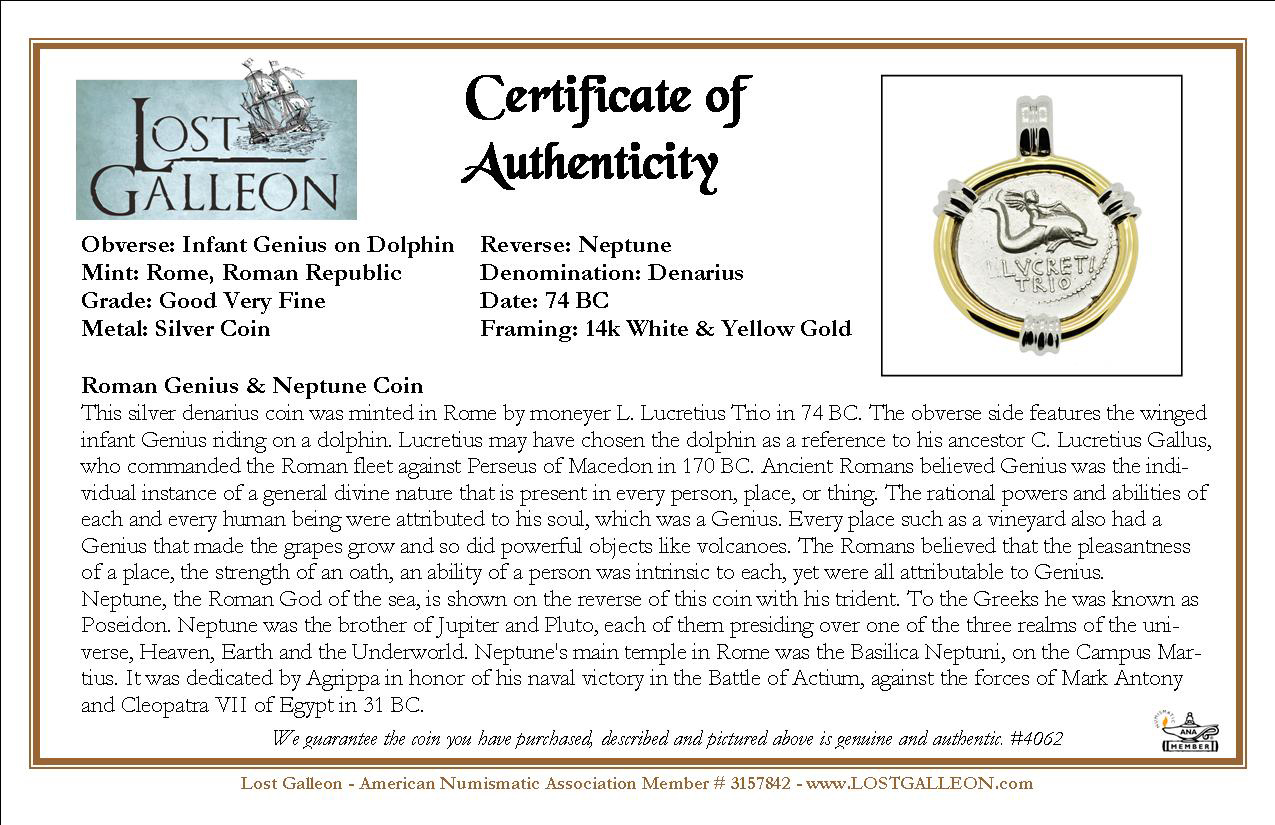 This silver denarius coin was minted in Rome by moneyer L. Lucretius Trio in 74 BC. The obverse side features the winged infant Genius riding on a dolphin. Lucretius may have chosen the dolphin as a reference to his ancestor C. Lucretius Gallus, who commanded the Roman fleet against Perseus of Macedon in 170 BC. Ancient Romans believed Genius was the individual instance of a general divine nature that is present in every person, place, or thing. The rational powers and abilities of each and every human being were attributed to his soul, which was a Genius. Every place such as a vineyard also had a Genius that made the grapes grow and so did powerful objects like volcanoes. The Romans believed that the pleasantness of a place, the strength of an oath, an ability of a person was intrinsic to each, yet were all attributable to Genius.
Neptune, the Roman God of the sea, is shown on the reverse of this coin with his trident. To the Greeks he was known as Poseidon. Neptune was the brother of Jupiter and Pluto, each of them presiding over one of the three realms of the universe, Heaven, Earth and the Underworld. Neptune's main temple in Rome was the Basilica Neptuni, on the Campus Martius. It was dedicated by Agrippa in honor of his naval victory in the Battle of Actium, against the forces of Mark Antony and Cleopatra VII of Egypt in 31 BC.