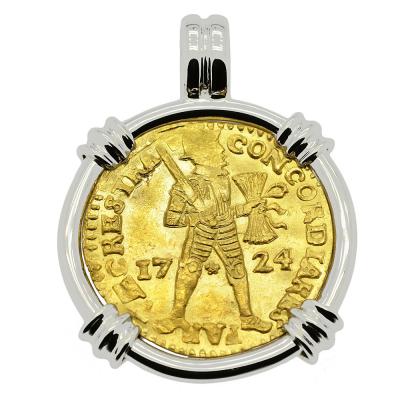 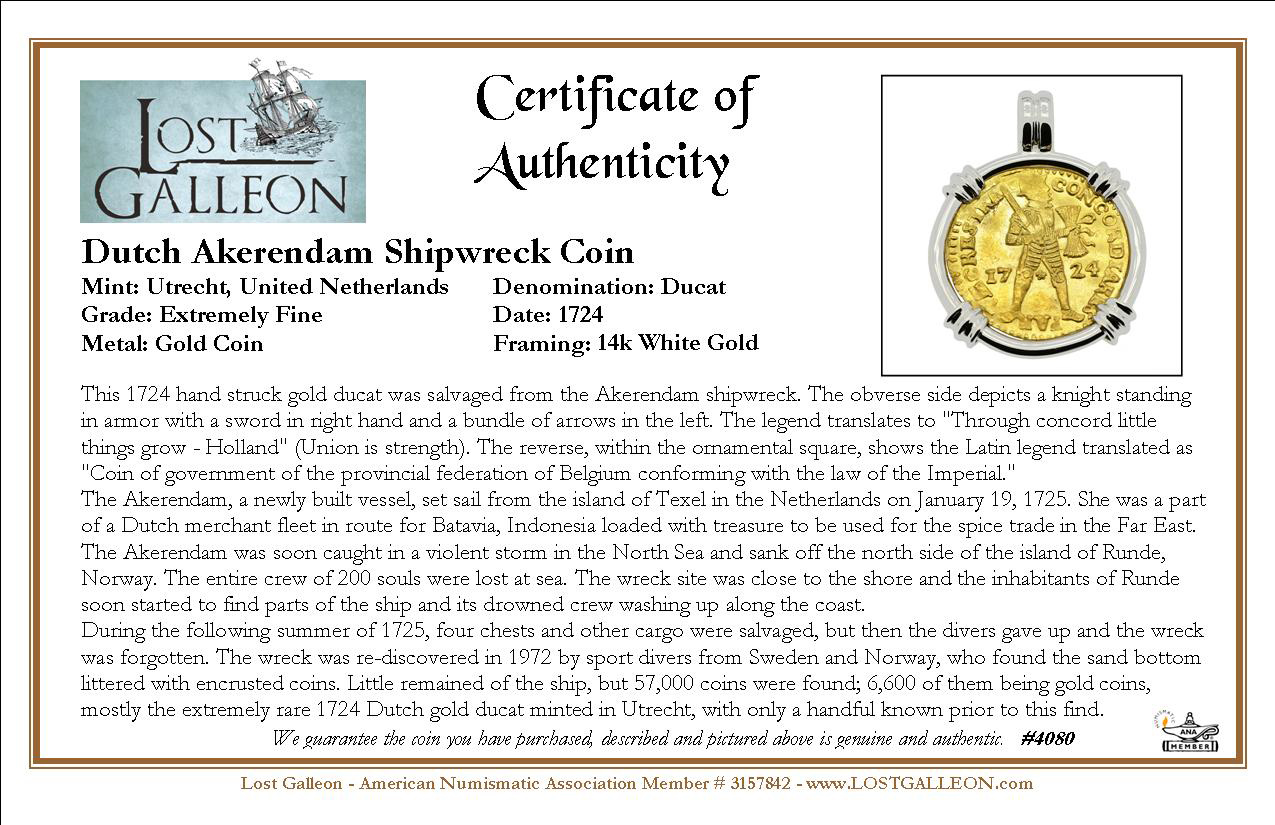 The Akerendam, a newly built vessel, set sail from the island Texel in the Netherlands on January 19, 1725. She was a part of a Dutch merchant fleet in route for Batavia, Indonesia loaded with treasure, for the spice trade in the Far East. The Akerendam was soon caught in a violent storm in the North Sea and sank off the island of Runde, Norway with the entire crew of 200 lost at sea. During the summer of 1725, four chests and other cargo were salvaged, but then the divers gave up and the wreck was forgotten.
The wreck was re-discovered in 1972 by sport divers, who found the sand bottom littered with encrusted coins. Little remained of the ship, but 57,000 coins were found; 6,600 of them being gold coins, mostly the rare 1724 Dutch Gold Ducat minted in Utrecht, with only a handful known prior to this find.
This 1724 hand struck gold ducat salvaged from the Akerendam, depicts a knight standing in armor with a sword in right hand and a bundle of arrows in the left. The legend translates to "Through concord little things grow - Holland" (Union is strength). The reverse, within the ornamental square, shows the Latin legend translated as "Coin of government of the provincial federation of Belgium Conforming with the law of the Imperial."