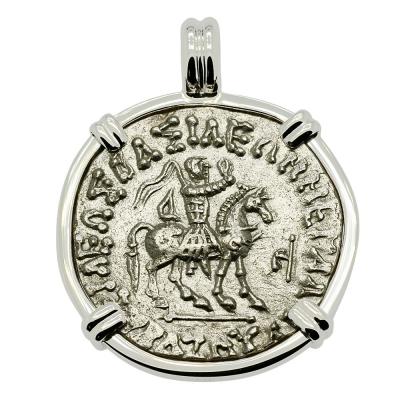 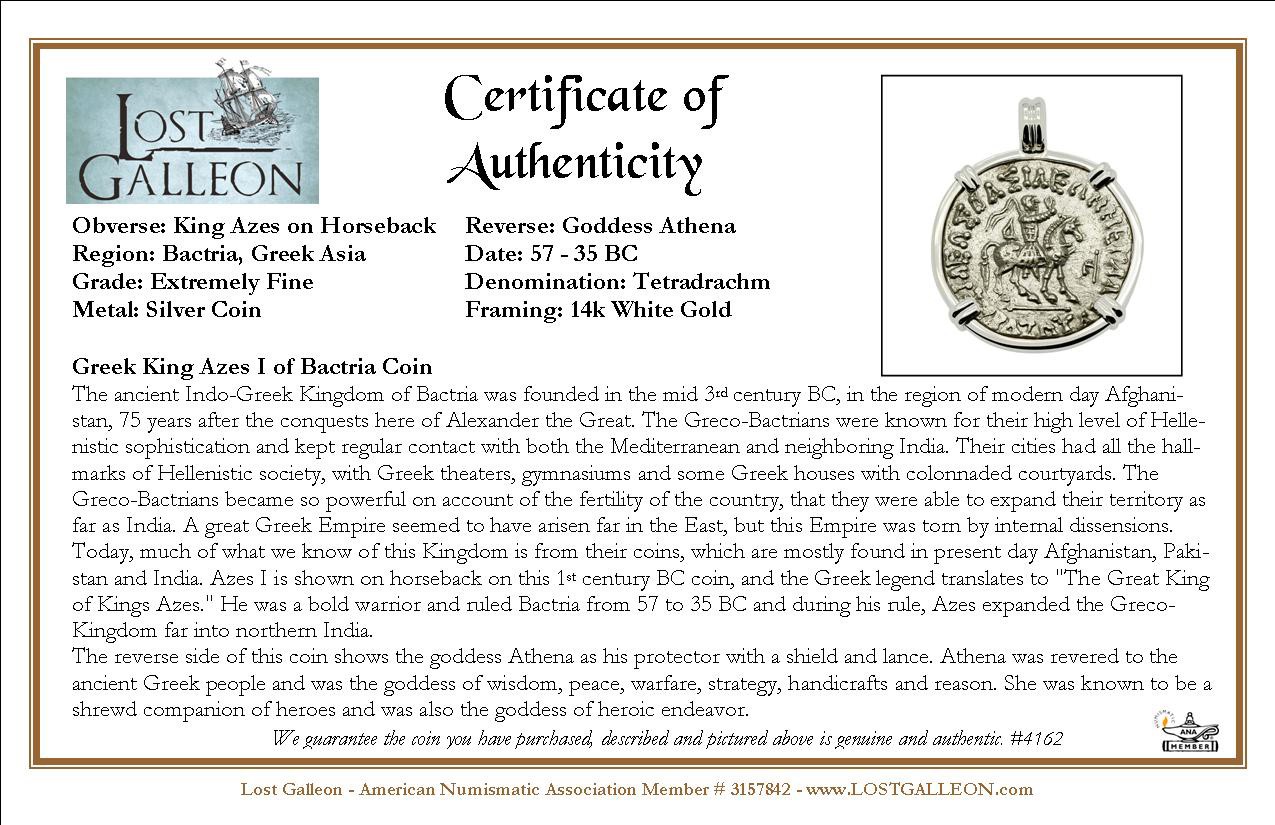 The ancient Indo-Greek Kingdom of Bactria was founded in the mid 3rd century BC, in the region of modern day Afghanistan, 75 years after the conquests here of Alexander the Great. The Greco-Bactrians were known for their high level of Hellenistic sophistication and kept regular contact with both the Mediterranean and neighboring India. Their cities had all the hallmarks of Hellenistic society, with Greek theaters, gymnasiums and some Greek houses with colonnaded courtyards. The Greco-Bactrians became so powerful on account of the fertility of the country, that they were able to expand their territory as far as India. A great Greek Empire seemed to have arisen far in the East, but this Empire was torn by internal dissensions.
Today, much of what we know of this Kingdom is from their coins, which are mostly found in present day Afghanistan, Pakistan and India. Azes I is shown on horseback on this 1st century BC coin, and the Greek legend translates to "The Great King of Kings Azes." He was a bold warrior and ruled Bactria from 57 to 35 BC and during his rule, Azes expanded the Greco-Kingdom far into northern India.
The reverse side of this coin shows the goddess Athena as his protector with a shield and lance. Athena was revered to the ancient Greek people and was the goddess of wisdom, peace, warfare, strategy, handicrafts and reason. She was known to be a shrewd companion of heroes and was also the goddess of heroic endeavor.