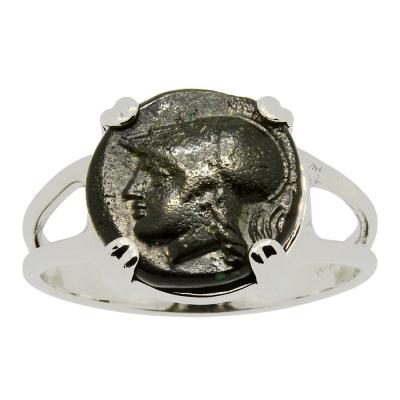 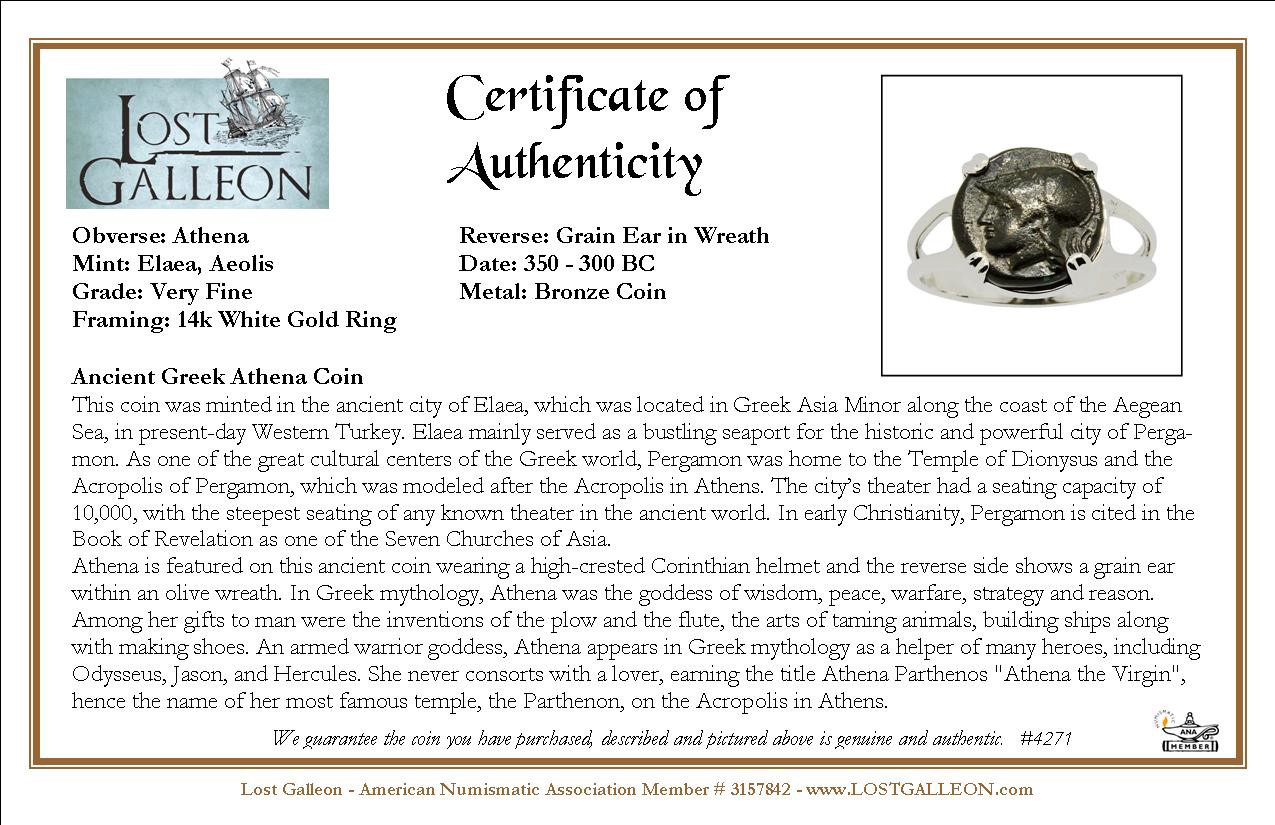 This coin was minted in the ancient city of Elaea, which was located in Greek Asia Minor along the coast of the Aegean Sea, in present-day Western Turkey. Elaea mainly served as a bustling seaport for the historic and powerful city of Pergamon. As one of the great cultural centers of the Greek world, Pergamon was home to the Temple of Dionysus and the Acropolis of Pergamon, which was modeled after the Acropolis in Athens. The city’s theater had a seating capacity of 10,000, with the steepest seating of any known theater in the ancient world. In early Christianity, Pergamon is cited in the Book of Revelation as one of the Seven Churches of Asia.
Athena is featured on this ancient coin wearing a high-crested Corinthian helmet and the reverse side shows a grain ear within an olive wreath. In Greek mythology, Athena was the goddess of wisdom, peace, warfare, strategy and reason. Among her gifts to man were the inventions of the plow and the flute, the arts of taming animals, building ships along with making shoes. An armed warrior goddess, Athena appears in Greek mythology as a helper of many heroes, including Odysseus, Jason, and Hercules. She never consorts with a lover, earning the title Athena Parthenos "Athena the Virgin", hence the name of her most famous temple, the Parthenon, on the Acropolis in Athens.