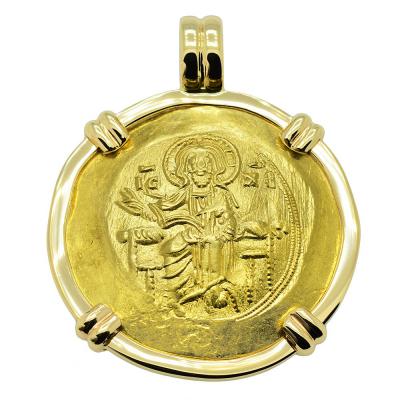 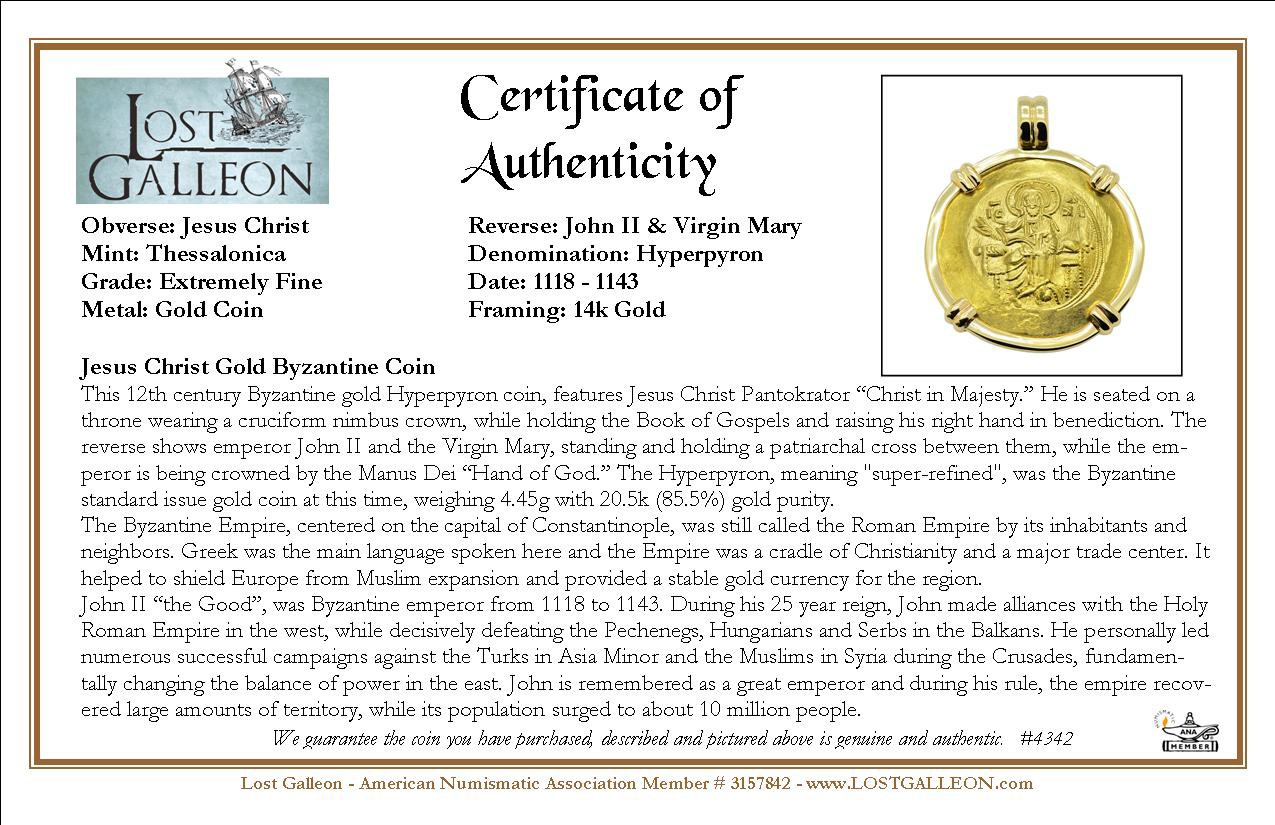 This 12th century Byzantine gold Hyperpyron coin, features Jesus Christ Pantokrator “Christ in Majesty.” He is seated on a throne wearing a cruciform nimbus crown, while holding the Book of Gospels and raising his right hand in benediction. The reverse shows emperor John II and the Virgin Mary, standing and holding a patriarchal cross between them, while the emperor is being crowned by the Manus Dei “Hand of God.” The Hyperpyron, meaning "super-refined", was the Byzantine standard issue gold coin at this time, weighing 4.45g with 20.5k (85.5%) gold purity.
The Byzantine Empire, centered on the capital of Constantinople, was still called the Roman Empire by its inhabitants and neighbors. Greek was the main language spoken here and the Empire was a cradle of Christianity and a major trade center. It helped to shield Europe from Muslim expansion and provided a stable gold currency for the region.
John II “the Good”, was Byzantine emperor from 1118 to 1143. During his 25 year reign, John made alliances with the Holy Roman Empire in the west, while decisively defeating the Pechenegs, Hungarians and Serbs in the Balkans. He personally led numerous successful campaigns against the Turks in Asia Minor and the Muslims in Syria during the Crusades, fundamentally changing the balance of power in the east. John is remembered as a great emperor and during his rule, the empire recovered large amounts of territory, while its population surged to about 10 million people.