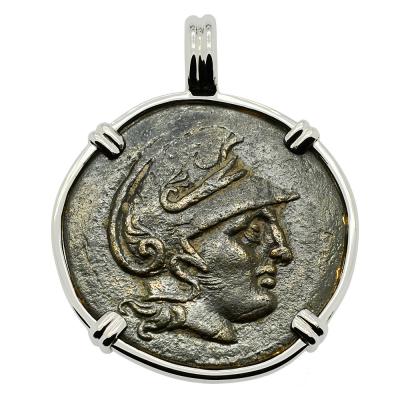 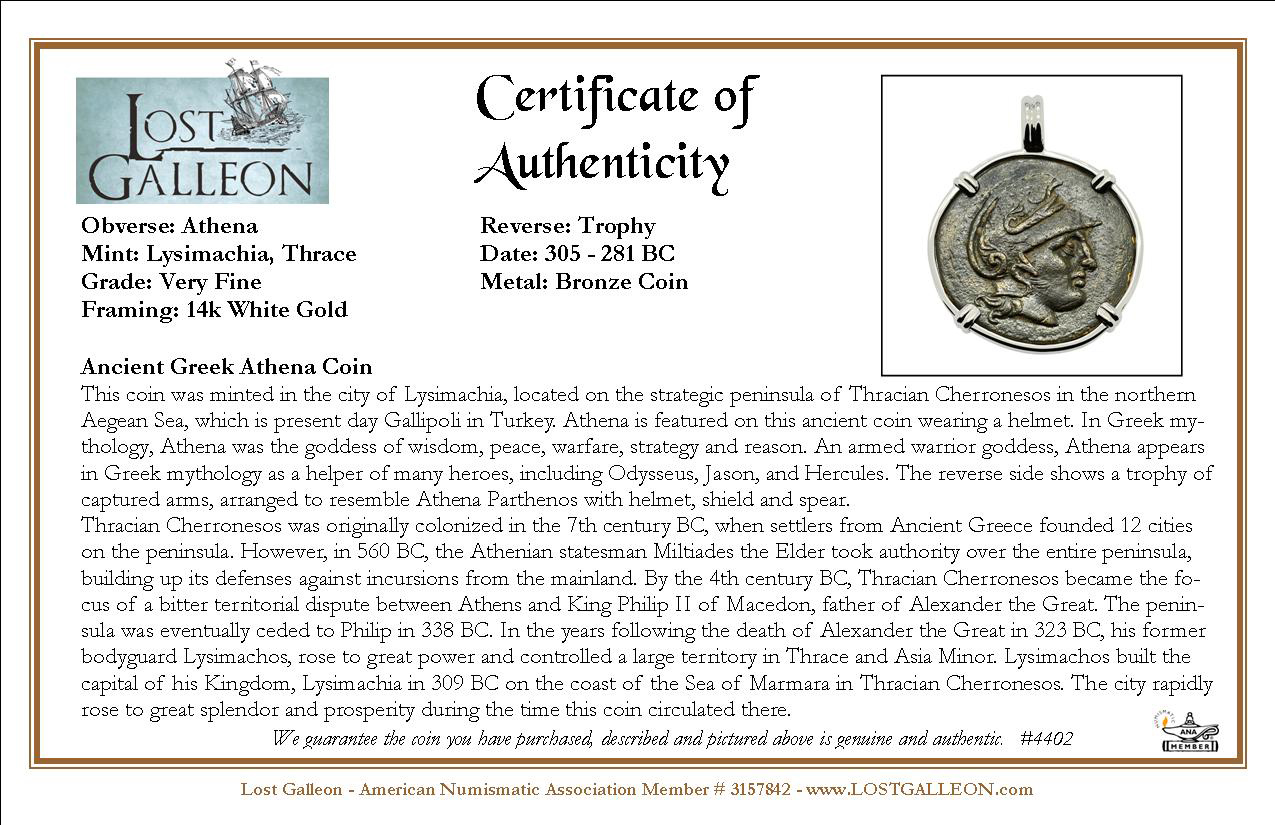 This coin was minted in the city of Lysimachia, located on the strategic peninsula of Thracian Cherronesos in the northern Aegean Sea, which is present day Gallipoli in Turkey. Athena is featured on this ancient coin wearing a helmet. In Greek mythology, Athena was the goddess of wisdom, peace, warfare, strategy and reason. An armed warrior goddess, Athena appears in Greek mythology as a helper of many heroes, including Odysseus, Jason, and Hercules. The reverse side shows a trophy of captured arms, arranged to resemble Athena Parthenos with helmet, shield and spear.
Thracian Cherronesos was originally colonized in the 7th century BC, when settlers from Ancient Greece founded 12 cities on the peninsula. However, in 560 BC, the Athenian statesman Miltiades the Elder took authority over the entire peninsula, building up its defenses against incursions from the mainland. By the 4th century BC, Thracian Cherronesos became the focus of a bitter territorial dispute between Athens and King Philip II of Macedon, father of Alexander the Great. The peninsula was eventually ceded to Philip in 338 BC. In the years following the death of Alexander the Great in 323 BC, his former bodyguard Lysimachos, rose to great power and controlled a large territory in Thrace and Asia Minor. Lysimachos built the capital of his Kingdom, Lysimachia in 309 BC on the coast of the Sea of Marmara in Thracian Cherronesos. The city rapidly rose to great splendor and prosperity during the time this coin circulated there.