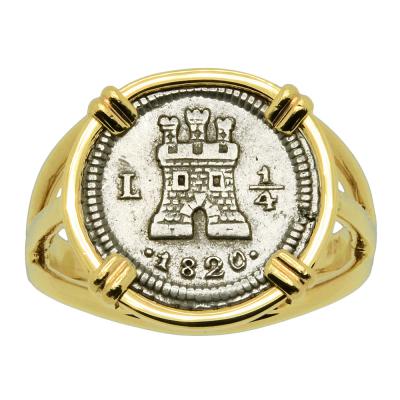 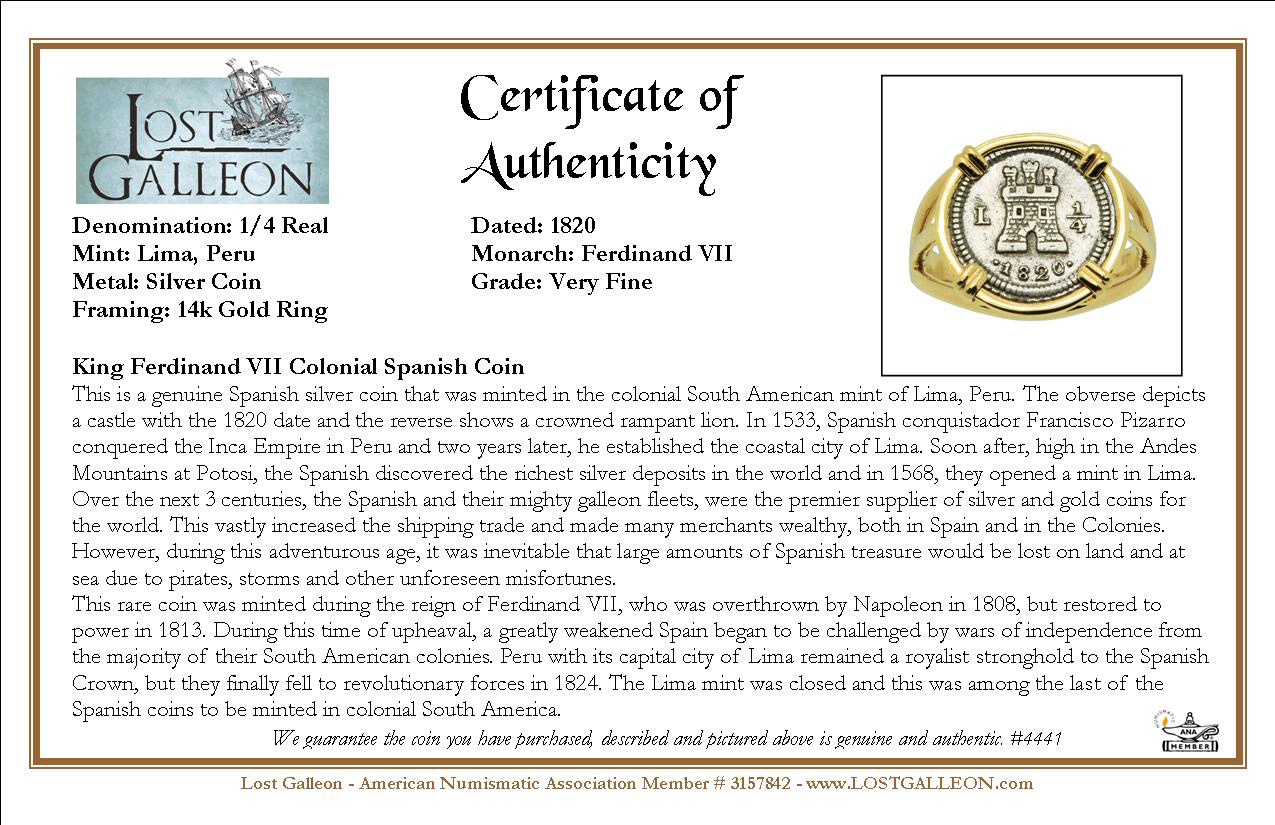 This is a genuine Spanish silver coin that was minted in the colonial South American mint of Lima, Peru. The obverse depicts a castle with the 1820 date and the reverse shows a crowned rampant lion. In 1533, Spanish conquistador Francisco Pizarro conquered the Inca Empire in Peru and two years later, he established the coastal city of Lima. Soon after, high in the Andes Mountains at Potosi, the Spanish discovered the richest silver deposits in the world and in 1568, they opened a mint in Lima.
Over the next 3 centuries, the Spanish and their mighty galleon fleets, were the premier supplier of silver and gold coins for the world. This vastly increased the shipping trade and made many merchants wealthy, both in Spain and in the Colonies. However, during this adventurous age, it was inevitable that large amounts of Spanish treasure would be lost on land and at sea due to pirates, storms and other unforeseen misfortunes.
This rare coin was minted during the reign of Ferdinand VII, who was overthrown by Napoleon in 1808, but restored to power in 1813. During this time of upheaval, a greatly weakened Spain began to be challenged by wars of independence from the majority of their South American colonies. Peru with its capital city of Lima remained a royalist stronghold to the Spanish Crown, but they finally fell to revolutionary forces in 1824. The Lima mint was closed and this was among the last of the Spanish coins to be minted in colonial South America.