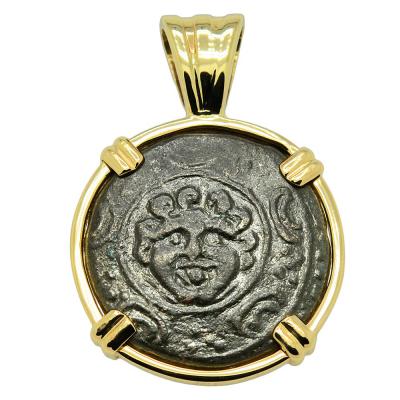 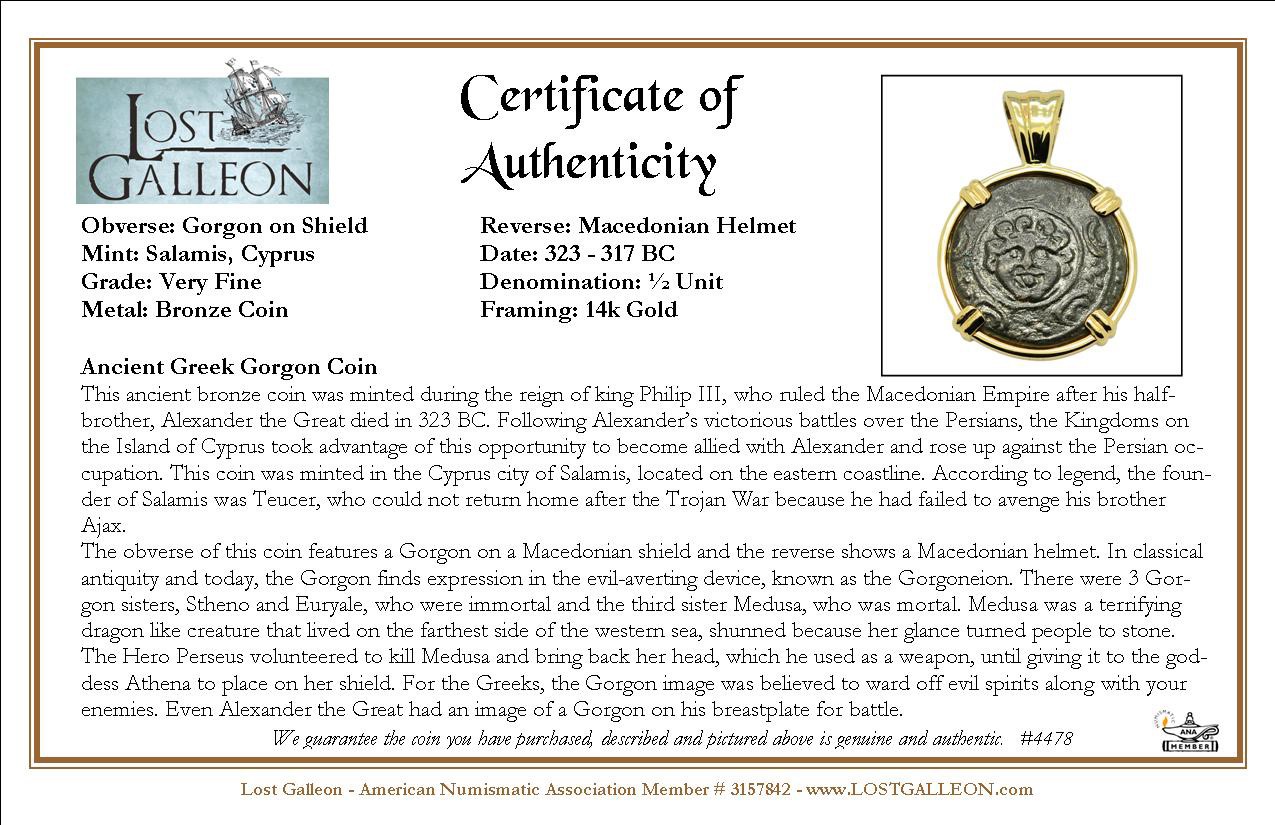 This ancient bronze coin was minted during the reign of king Philip III, who ruled the Macedonian Empire after his half-brother, Alexander the Great died in 323 BC. Following Alexander’s victorious battles over the Persians, the Kingdoms on the Island of Cyprus took advantage of this opportunity to become allied with Alexander and rose up against the Persian occupation. This coin was minted in the Cyprus city of Salamis, located on the eastern coastline. According to legend, the founder of Salamis was Teucer, who could not return home after the Trojan War because he had failed to avenge his brother Ajax.
The obverse of this coin features a Gorgon on a Macedonian shield and the reverse shows a Macedonian helmet. In classical antiquity and today, the Gorgon finds expression in the evil-averting device, known as the Gorgoneion. There were 3 Gorgon sisters, Stheno and Euryale, who were immortal and the third sister Medusa, who was mortal. Medusa was a terrifying dragon like creature that lived on the farthest side of the western sea, shunned because her glance turned people to stone. The Hero Perseus volunteered to kill Medusa and bring back her head, which he used as a weapon, until giving it to the goddess Athena to place on her shield. For the Greeks, the Gorgon image was believed to ward off evil spirits along with your enemies. Even Alexander the Great had an image of a Gorgon on his breastplate for battle.