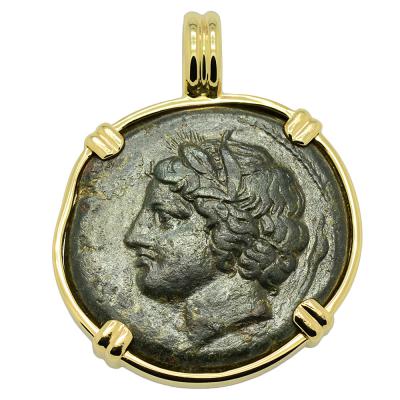 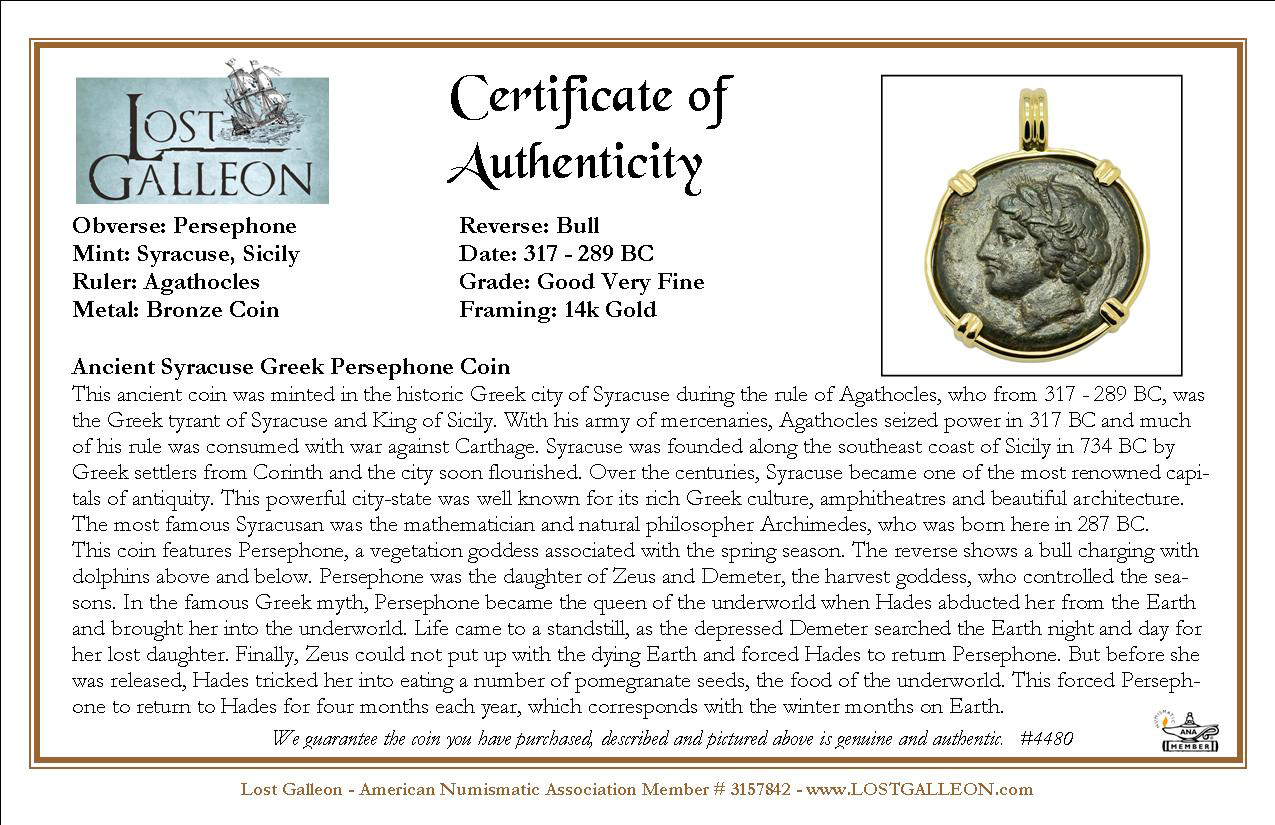 This ancient coin was minted in the historic Greek city of Syracuse during the rule of Agathocles, who from 317 - 289 BC, was the Greek tyrant of Syracuse and King of Sicily. With his army of mercenaries, Agathocles seized power in 317 BC and much of his rule was consumed with war against Carthage. Syracuse was founded along the southeast coast of Sicily in 734 BC by Greek settlers from Corinth and the city soon flourished. Over the centuries, Syracuse became one of the most renowned capitals of antiquity. This powerful city-state was well known for its rich Greek culture, amphitheatres and beautiful architecture. The most famous Syracusan was the mathematician and natural philosopher Archimedes, who was born here in 287 BC.
This coin features Persephone, a vegetation goddess associated with the spring season. The reverse shows a bull charging with dolphins above and below. Persephone was the daughter of Zeus and Demeter, the harvest goddess, who controlled the seasons. In the famous Greek myth, Persephone became the queen of the underworld when Hades abducted her from the Earth and brought her into the underworld. Life came to a standstill, as the depressed Demeter searched the Earth night and day for her lost daughter. Finally, Zeus could not put up with the dying Earth and forced Hades to return Persephone. But before she was released, Hades tricked her into eating a number of pomegranate seeds, the food of the underworld. This forced Persephone to return to Hades for four months each year, which corresponds with the winter months on Earth.