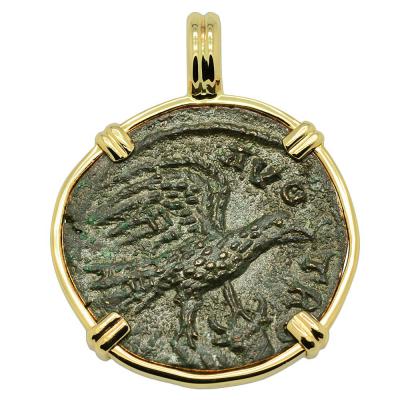 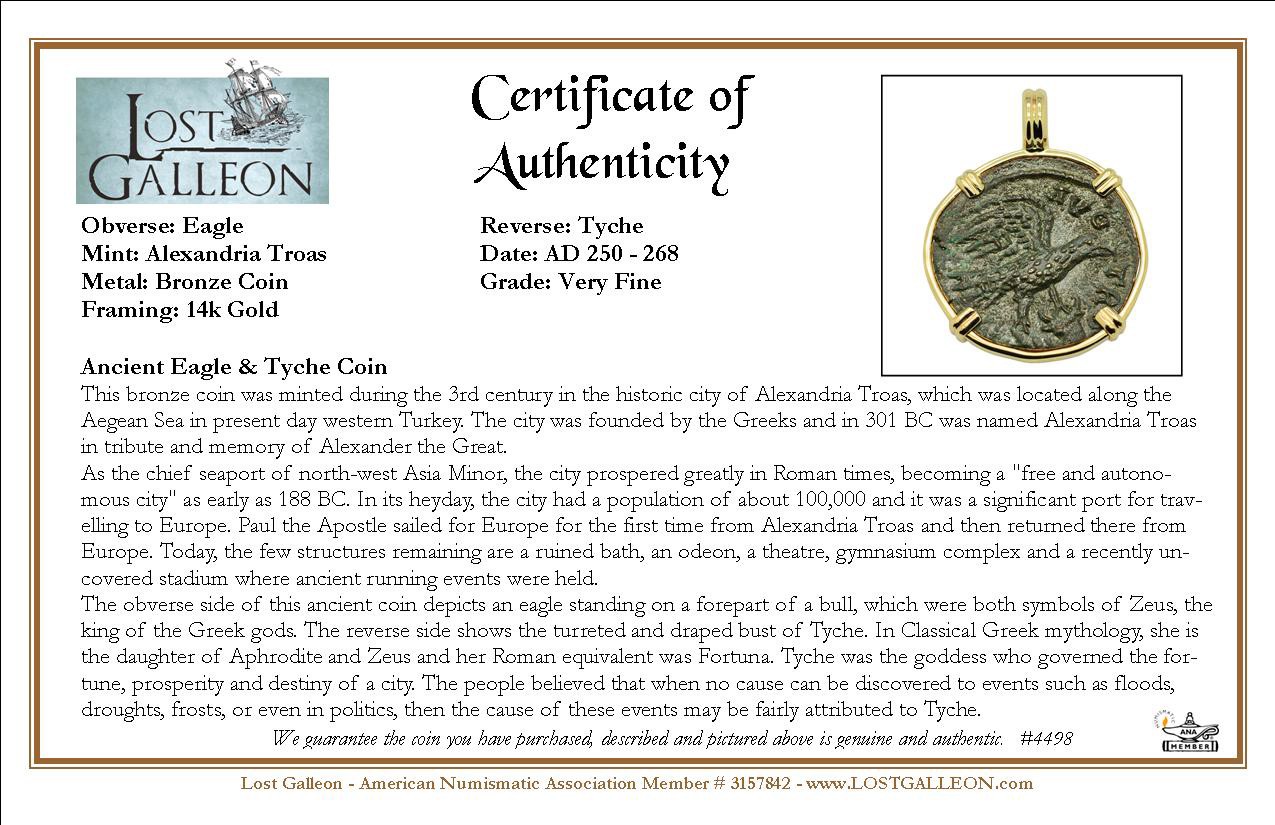 This bronze coin was minted during the 3rd century in the historic city of Alexandria Troas, which was located along the Aegean Sea in present day western Turkey. The city was founded by the Greeks and in 301 BC was named Alexandria Troas in tribute and memory of Alexander the Great.
As the chief seaport of north-west Asia Minor, the city prospered greatly in Roman times, becoming a "free and autonomous city" as early as 188 BC. In its heyday, the city had a population of about 100,000 and it was a significant port for travelling to Europe. Paul the Apostle sailed for Europe for the first time from Alexandria Troas and then returned there from Europe. Today, the few structures remaining are a ruined bath, an odeon, a theatre, gymnasium complex and a recently uncovered stadium where ancient running events were held.
The obverse side of this ancient coin depicts an eagle standing on a forepart of a bull, which were both symbols of Zeus, the king of the Greek gods. The reverse side shows the turreted and draped bust of Tyche. In Classical Greek mythology, she is the daughter of Aphrodite and Zeus and her Roman equivalent was Fortuna. Tyche was the goddess who governed the fortune, prosperity and destiny of a city. The people believed that when no cause can be discovered to events such as floods, droughts, frosts, or even in politics, then the cause of these events may be fairly attributed to Tyche.