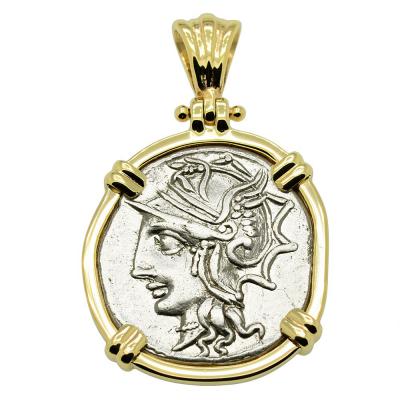 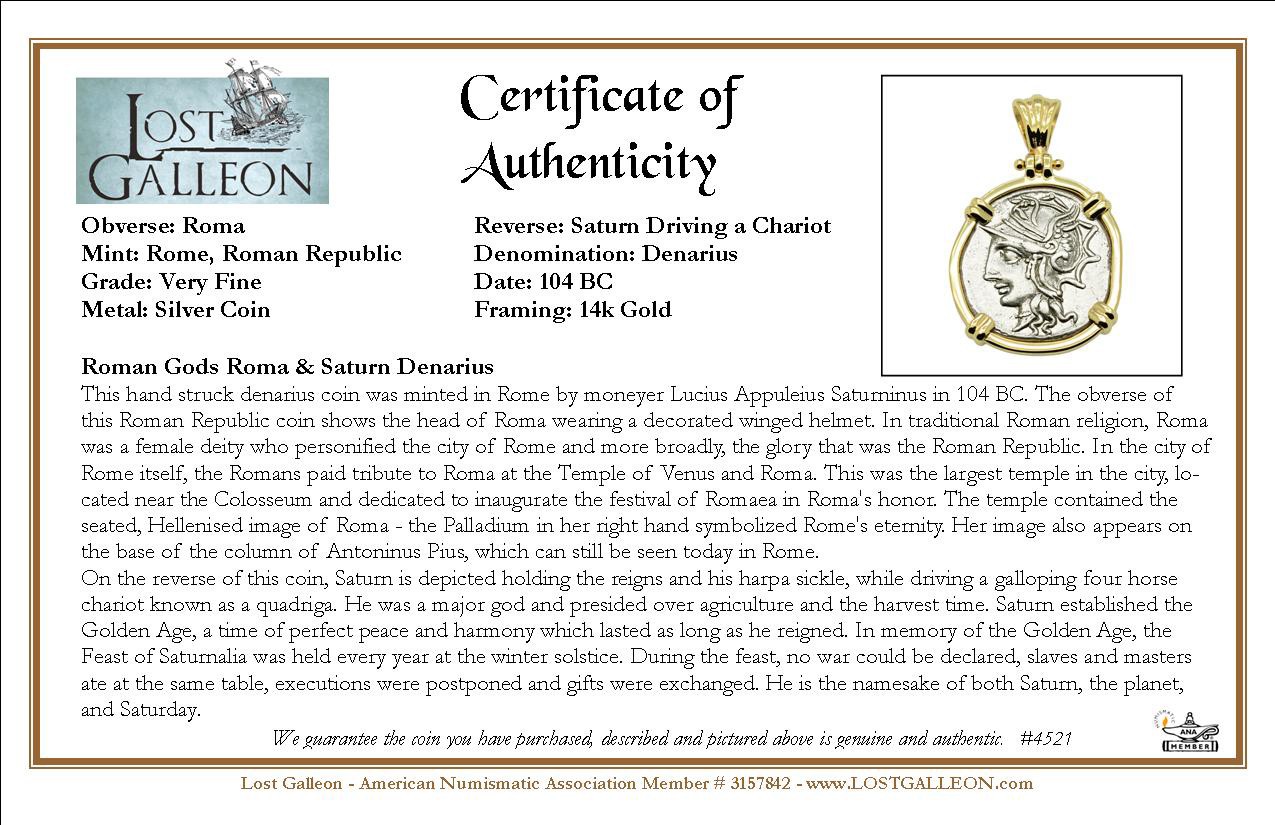 This hand struck denarius coin was minted in Rome by moneyer Lucius Appuleius Saturninus in 104 BC. The obverse of this Roman Republic coin shows the head of Roma wearing a decorated winged helmet. In traditional Roman religion, Roma was a female deity who personified the city of Rome and more broadly, the glory that was the Roman Republic. In the city of Rome itself, the Romans paid tribute to Roma at the Temple of Venus and Roma. This was the largest temple in the city, located near the Colosseum and dedicated to inaugurate the festival of Romaea in Roma's honor. The temple contained the seated, Hellenised image of Roma - the Palladium in her right hand symbolized Rome's eternity. Her image also appears on the base of the column of Antoninus Pius, which can still be seen today in Rome.
On the reverse of this coin, Saturn is depicted holding the reigns and his harpa sickle, while driving a galloping four horse chariot known as a quadriga. He was a major god and presided over agriculture and the harvest time. Saturn established the Golden Age, a time of perfect peace and harmony which lasted as long as he reigned. In memory of the Golden Age, the Feast of Saturnalia was held every year at the winter solstice. During the feast, no war could be declared, slaves and masters ate at the same table, executions were postponed and gifts were exchanged. He is the namesake of both Saturn, the planet, and Saturday.