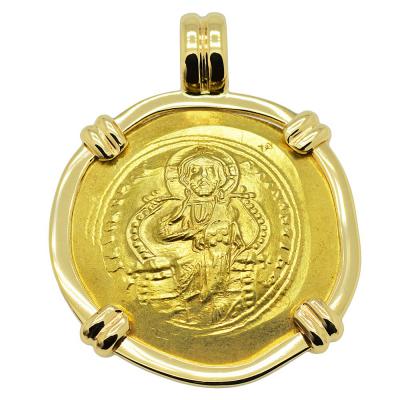 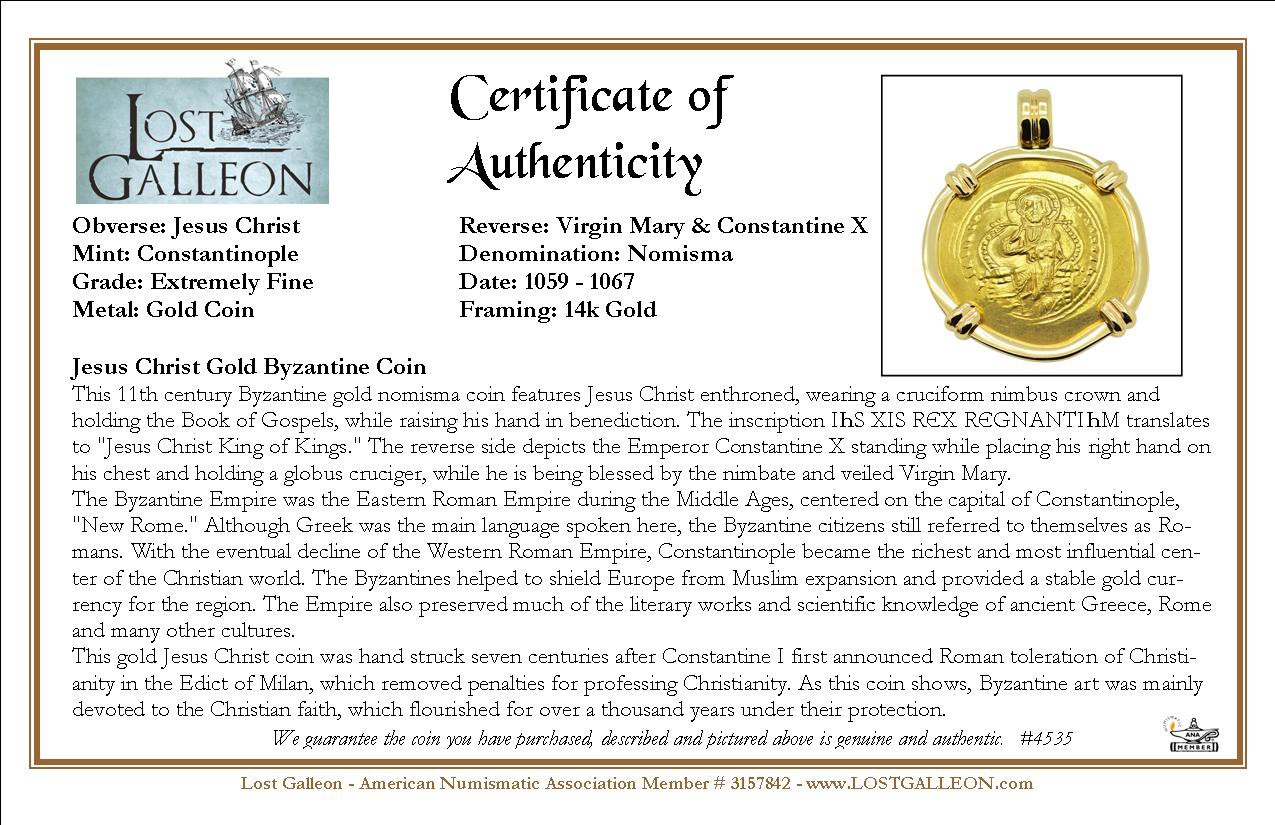 This 11th century Byzantine gold nomisma coin features Jesus Christ enthroned, wearing a cruciform nimbus crown and holding the Book of Gospels, while raising his hand in benediction. The inscription IҺS XIS RЄX RЄGNANTIҺM translates to "Jesus Christ King of Kings." The reverse side depicts the Emperor Constantine X standing while placing his right hand on his chest and holding a globus cruciger, while he is being blessed by the nimbate and veiled Virgin Mary.
The Byzantine Empire was the Eastern Roman Empire during the Middle Ages, centered on the capital of Constantinople, "New Rome." Although Greek was the main language spoken here, the Byzantine citizens still referred to themselves as Romans. With the eventual decline of the Western Roman Empire, Constantinople became the richest and most influential center of the Christian world. The Byzantines helped to shield Europe from Muslim expansion and provided a stable gold currency for the region. The Empire also preserved much of the literary works and scientific knowledge of ancient Greece, Rome and many other cultures.
This gold Jesus Christ coin was hand struck seven centuries after Constantine I first announced Roman toleration of Christianity in the Edict of Milan, which removed penalties for professing Christianity. As this coin shows, Byzantine art was mainly devoted to the Christian faith, which flourished for over a thousand years under their protection.