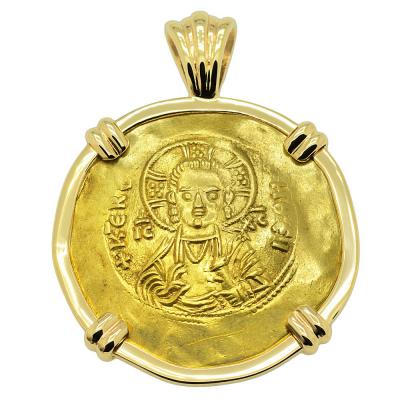 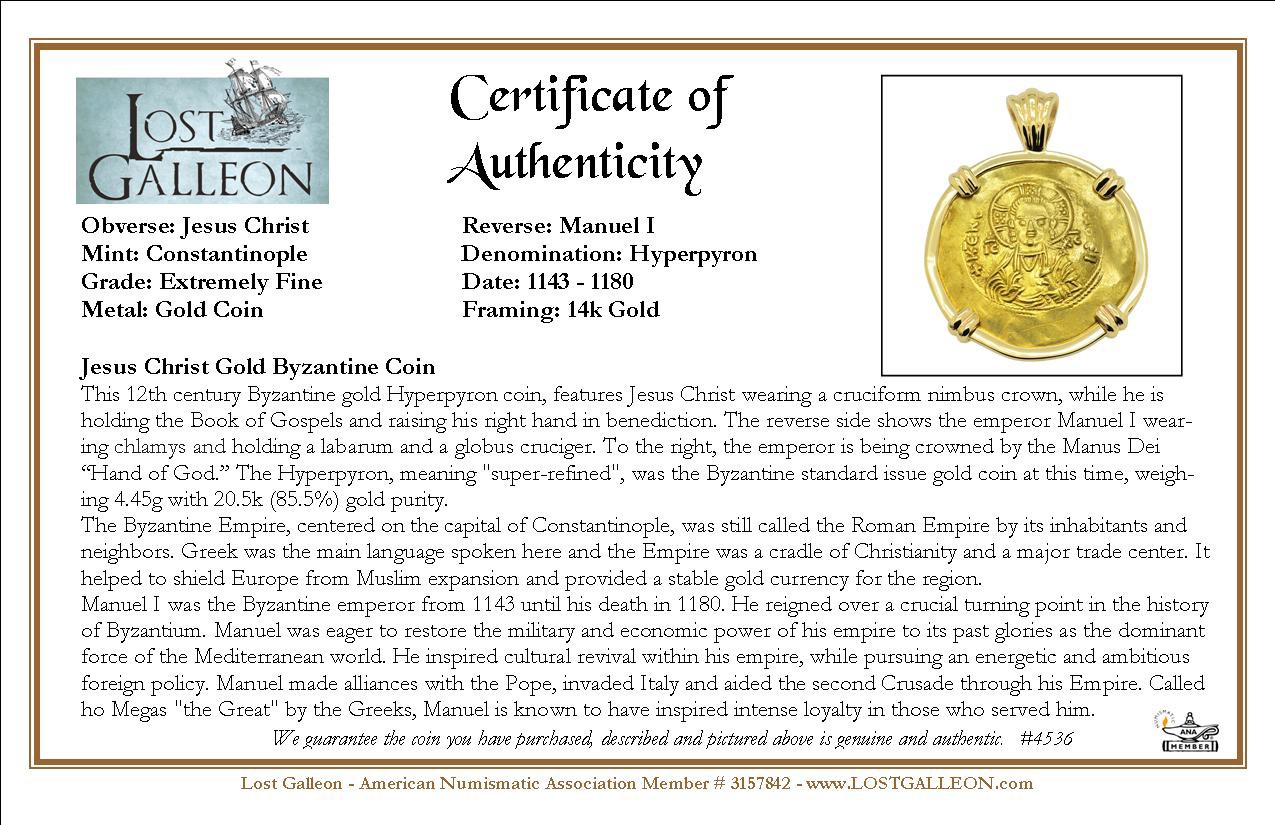 This 12th century Byzantine gold Hyperpyron coin, features Jesus Christ wearing a cruciform nimbus crown, while he is holding the Book of Gospels and raising his right hand in benediction. The reverse side shows the emperor Manuel I wearing chlamys and holding a labarum and a globus cruciger. To the right, the emperor is being crowned by the Manus Dei “Hand of God.” The Hyperpyron, meaning "super-refined", was the Byzantine standard issue gold coin at this time, weighing 4.45g with 20.5k (85.5%) gold purity.
The Byzantine Empire, centered on the capital of Constantinople, was still called the Roman Empire by its inhabitants and neighbors. Greek was the main language spoken here and the Empire was a cradle of Christianity and a major trade center. It helped to shield Europe from Muslim expansion and provided a stable gold currency for the region.
Manuel I was the Byzantine emperor from 1143 until his death in 1180. He reigned over a crucial turning point in the history of Byzantium. Manuel was eager to restore the military and economic power of his empire to its past glories as the dominant force of the Mediterranean world. He inspired cultural revival within his empire, while pursuing an energetic and ambitious foreign policy. Manuel made alliances with the Pope, invaded Italy and aided the second Crusade through his Empire. Called ho Megas "the Great" by the Greeks, Manuel is known to have inspired intense loyalty in those who served him.