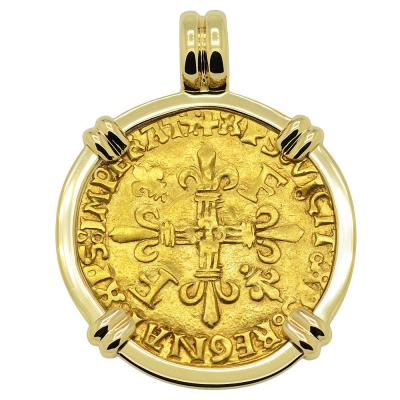 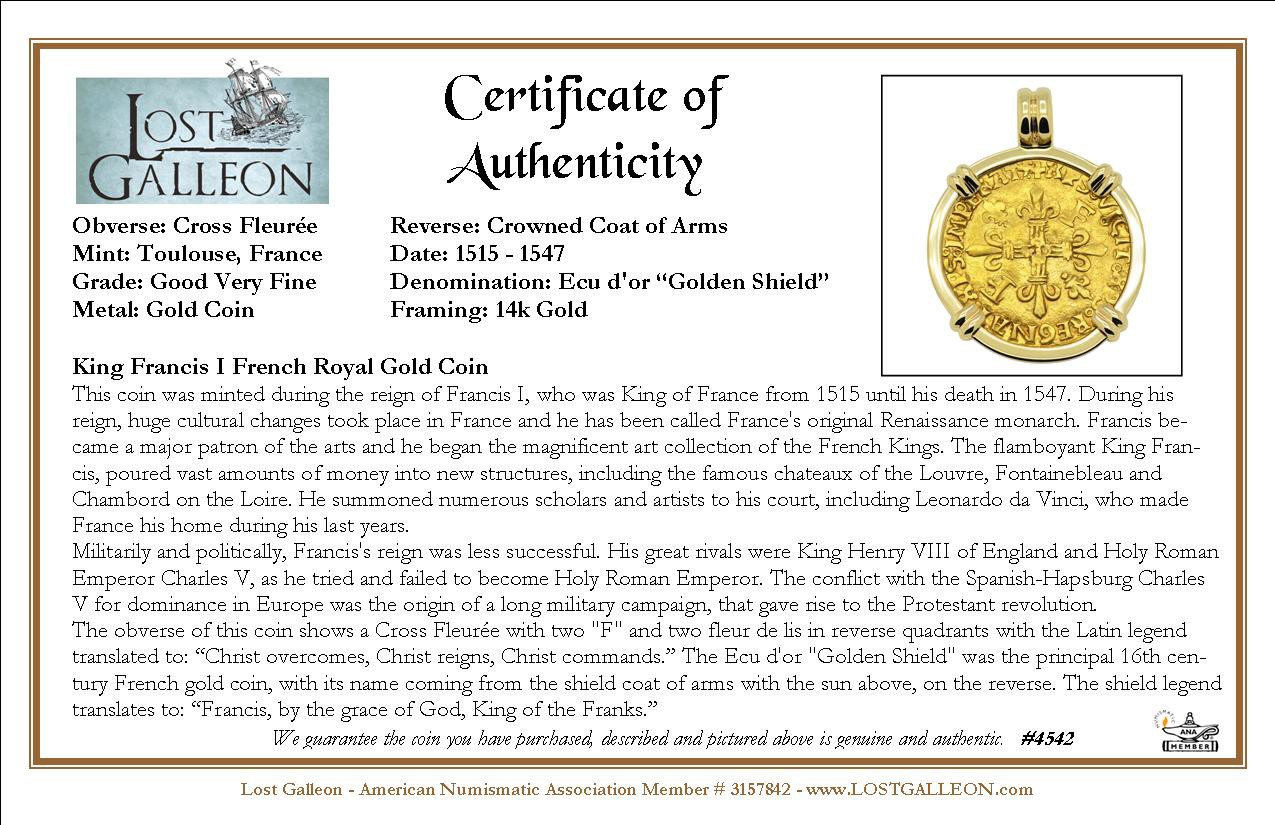 This coin was minted during the reign of Francis I, who was King of France from 1515 until his death in 1547. During his reign, huge cultural changes took place in France and he has been called France's original Renaissance monarch. Francis became a major patron of the arts and he began the magnificent art collection of the French Kings. The flamboyant King Francis, poured vast amounts of money into new structures, including the famous chateaux of the Louvre, Fontainebleau and Chambord on the Loire. He summoned numerous scholars and artists to his court, including Leonardo da Vinci, who made France his home during his last years.
Militarily and politically, Francis's reign was less successful. His great rivals were King Henry VIII of England and Holy Roman Emperor Charles V, as he tried and failed to become Holy Roman Emperor. The conflict with the Spanish-Hapsburg Charles V for dominance in Europe was the origin of a long military campaign, that gave rise to the Protestant revolution.
The obverse of this coin shows a Cross Fleurée with two "F" and two fleur de lis in reverse quadrants with the Latin legend translated to: “Christ overcomes, Christ reigns, Christ commands.” The Ecu d'or "Golden Shield" was the principal 16th century French gold coin, with its name coming from the shield coat of arms with the sun above, on the reverse. The shield legend translates to: “Francis, by the grace of God, King of the Franks.”