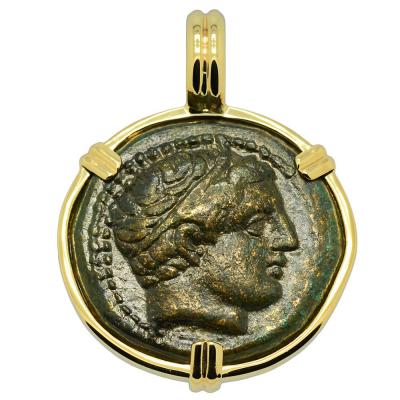 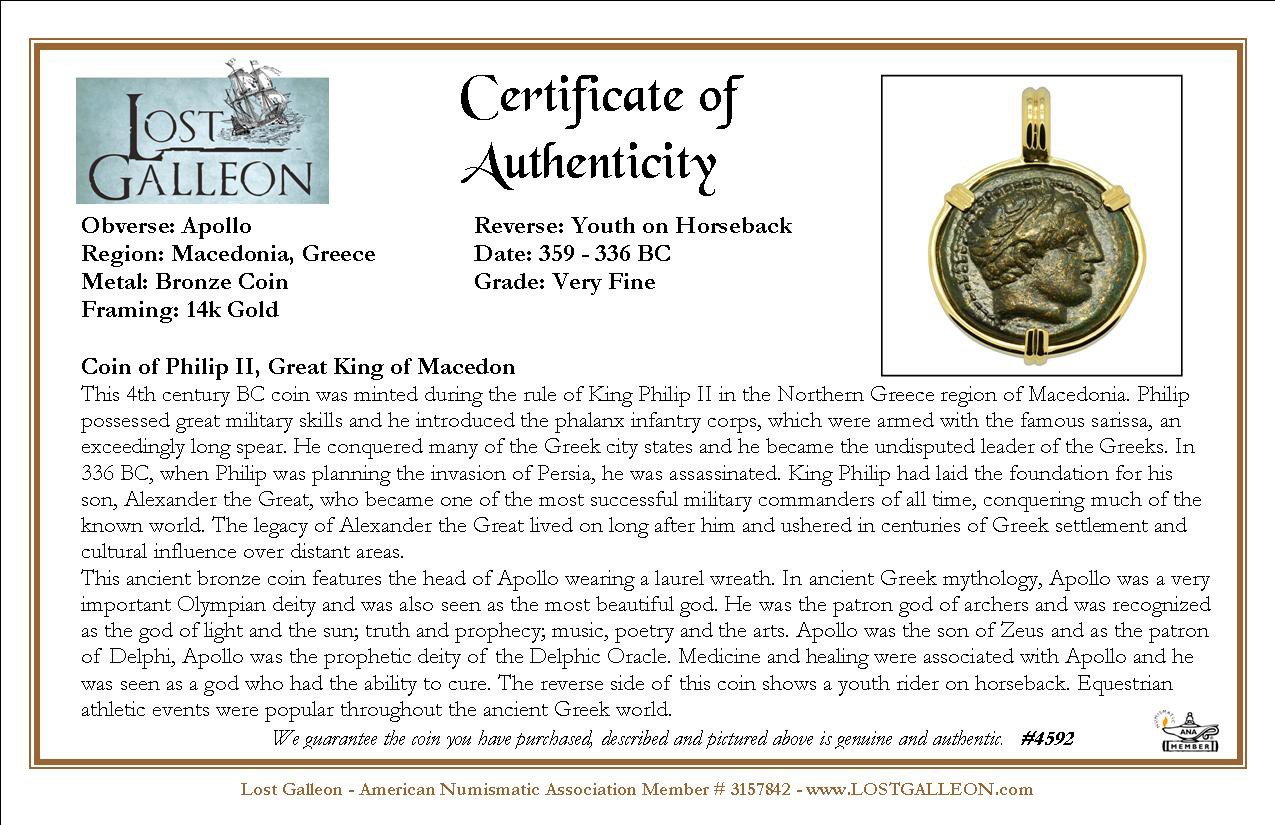 This 4th century BC coin was minted during the rule of King Philip II in the Northern Greece region of Macedonia. Philip possessed great military skills and he introduced the phalanx infantry corps, which were armed with the famous sarissa, an exceedingly long spear. He conquered many of the Greek city states and he became the undisputed leader of the Greeks. In 336 BC, when Philip was planning the invasion of Persia, he was assassinated. King Philip had laid the foundation for his son, Alexander the Great, who became one of the most successful military commanders of all time, conquering much of the known world. The legacy of Alexander the Great lived on long after him and ushered in centuries of Greek settlement and cultural influence over distant areas.
This ancient bronze coin features the head of Apollo wearing a laurel wreath. In ancient Greek mythology, Apollo was a very important Olympian deity and was also seen as the most beautiful god. He was the patron god of archers and was recognized as the god of light and the sun; truth and prophecy; music, poetry and the arts. Apollo was the son of Zeus and as the patron of Delphi, Apollo was the prophetic deity of the Delphic Oracle. Medicine and healing were associated with Apollo and he was seen as a god who had the ability to cure. The reverse side of this coin shows a youth rider on horseback. Equestrian athletic events were popular throughout the ancient Greek world.