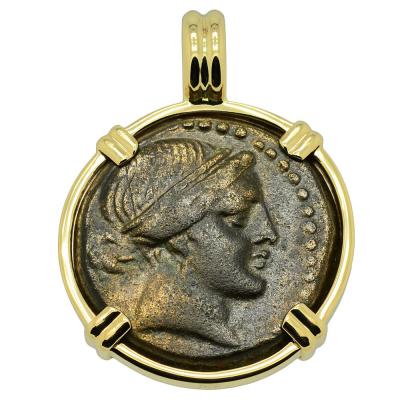 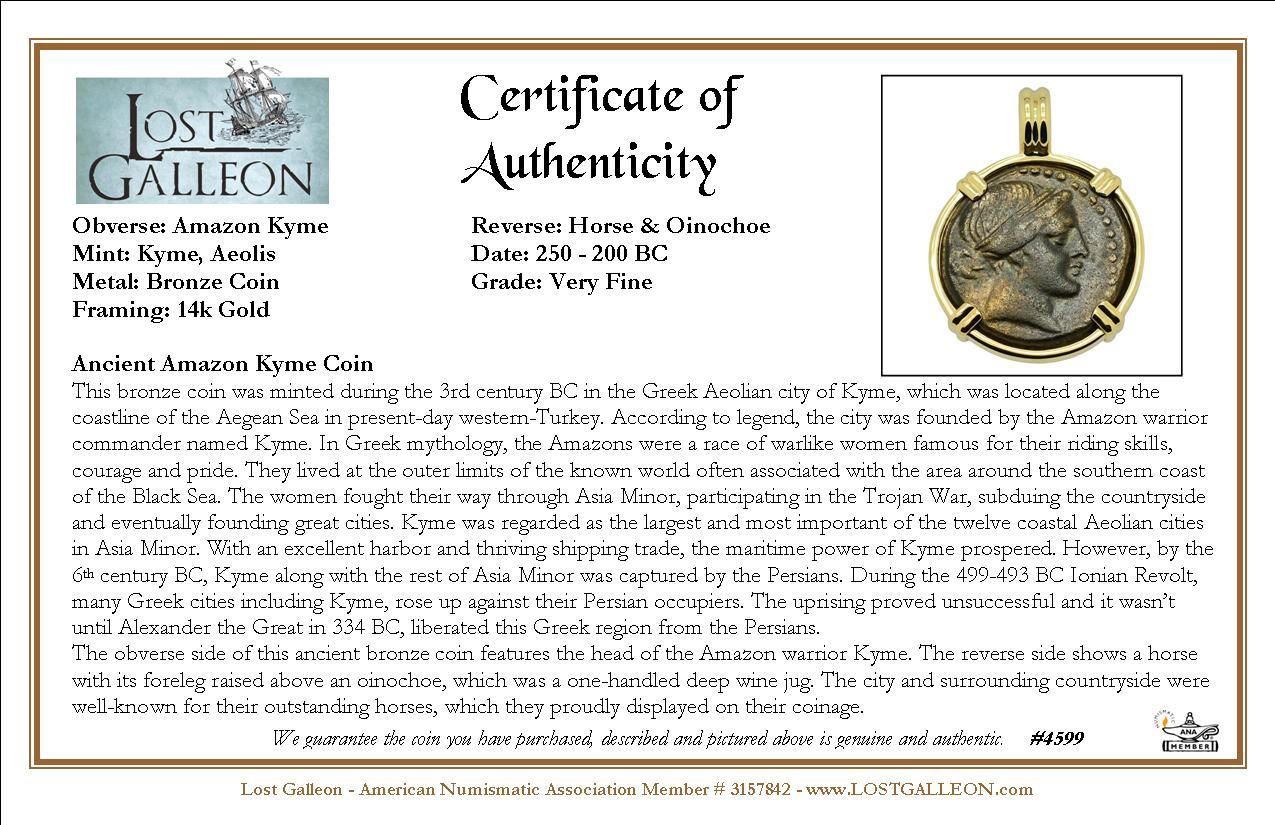 This bronze coin was minted during the 3rd century BC in the Greek Aeolian city of Kyme, which was located along the coastline of the Aegean Sea in present-day western-Turkey. According to legend, the city was founded by the Amazon warrior commander named Kyme. In Greek mythology, the Amazons were a race of warlike women famous for their riding skills, courage and pride. They lived at the outer limits of the known world often associated with the area around the southern coast of the Black Sea. The women fought their way through Asia Minor, participating in the Trojan War, subduing the countryside and eventually founding great cities.
Kyme was regarded as the largest and most important of the twelve coastal Aeolian cities in Asia Minor. With an excellent harbor and thriving shipping trade, the maritime power of Kyme prospered. However, by the 6th century BC, Kyme along with the rest of Asia Minor was captured by the Persians. During the 499-493 BC Ionian Revolt, many Greek cities including Kyme, rose up against their Persian occupiers. The uprising proved unsuccessful and it wasn’t until Alexander the Great in 334 BC, liberated this Greek region from the Persians.
The obverse side of this ancient bronze coin features the head of the Amazon warrior Kyme. The reverse side shows a horse with its foreleg raised above an oinochoe, which was a one-handled deep wine jug. The city and surrounding countryside were well-known for their outstanding horses, which they proudly displayed on their coinage.