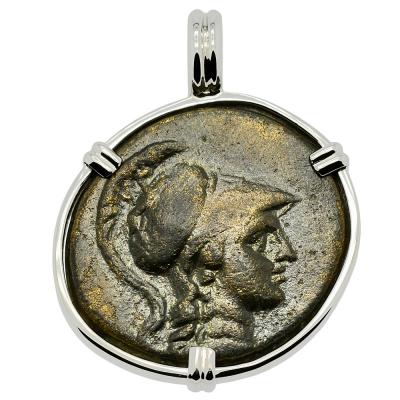 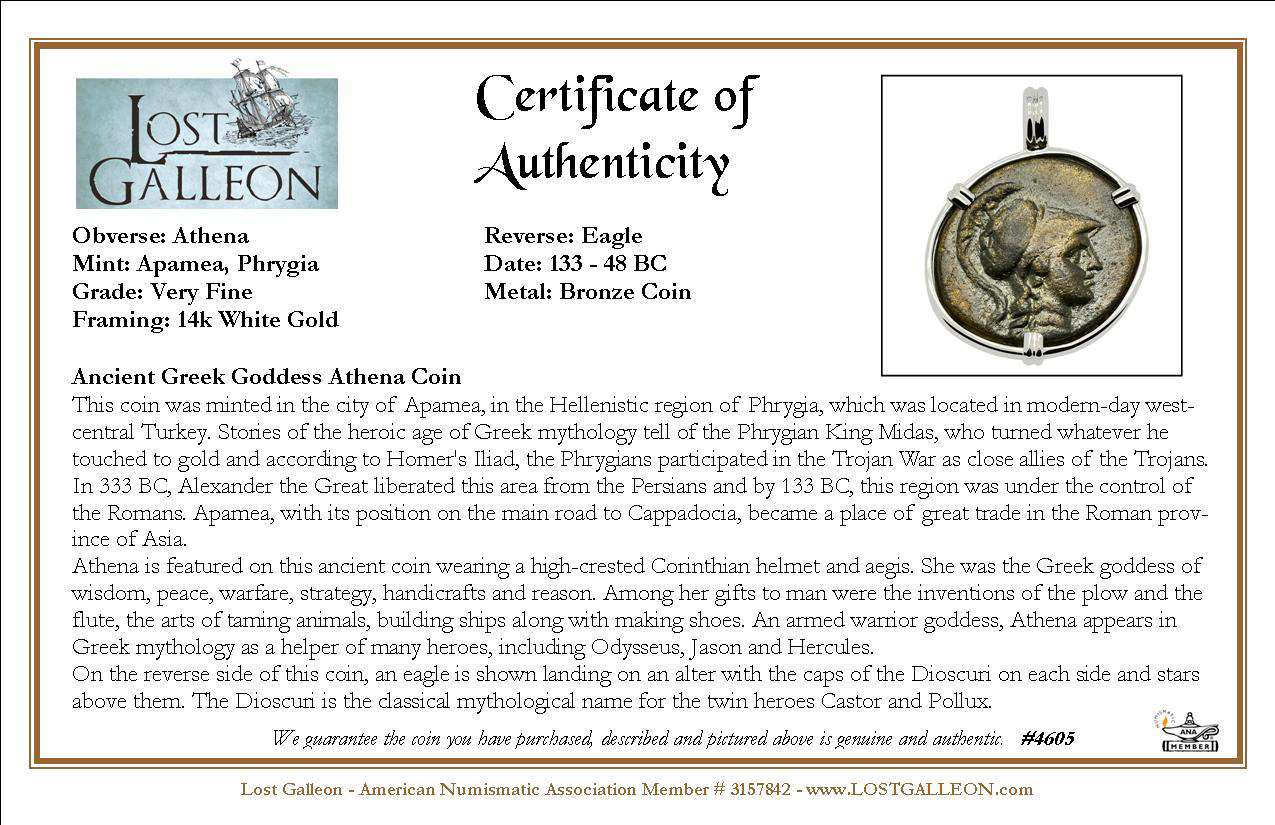 This coin was minted in the city of Apamea, in the Hellenistic region of Phrygia, which was located in modern-day west-central Turkey. Stories of the heroic age of Greek mythology tell of the Phrygian King Midas, who turned whatever he touched to gold and according to Homer's Iliad, the Phrygians participated in the Trojan War as close allies of the Trojans. In 333 BC, Alexander the Great liberated this area from the Persians and by 133 BC, this region was under the control of the Romans. Apamea, with its position on the main road to Cappadocia, became a place of great trade in the Roman province of Asia.
Athena is featured on this ancient coin wearing a high-crested Corinthian helmet and aegis. She was the Greek goddess of wisdom, peace, warfare, strategy, handicrafts and reason. Among her gifts to man were the inventions of the plow and the flute, the arts of taming animals, building ships along with making shoes. An armed warrior goddess, Athena appears in Greek mythology as a helper of many heroes, including Odysseus, Jason and Hercules.
On the reverse side of this coin, an eagle is shown landing on an alter with the caps of the Dioscuri on each side and stars above them. The Dioscuri is the classical mythological name for the twin heroes Castor and Pollux.