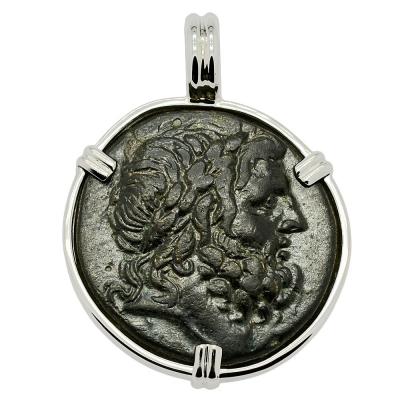 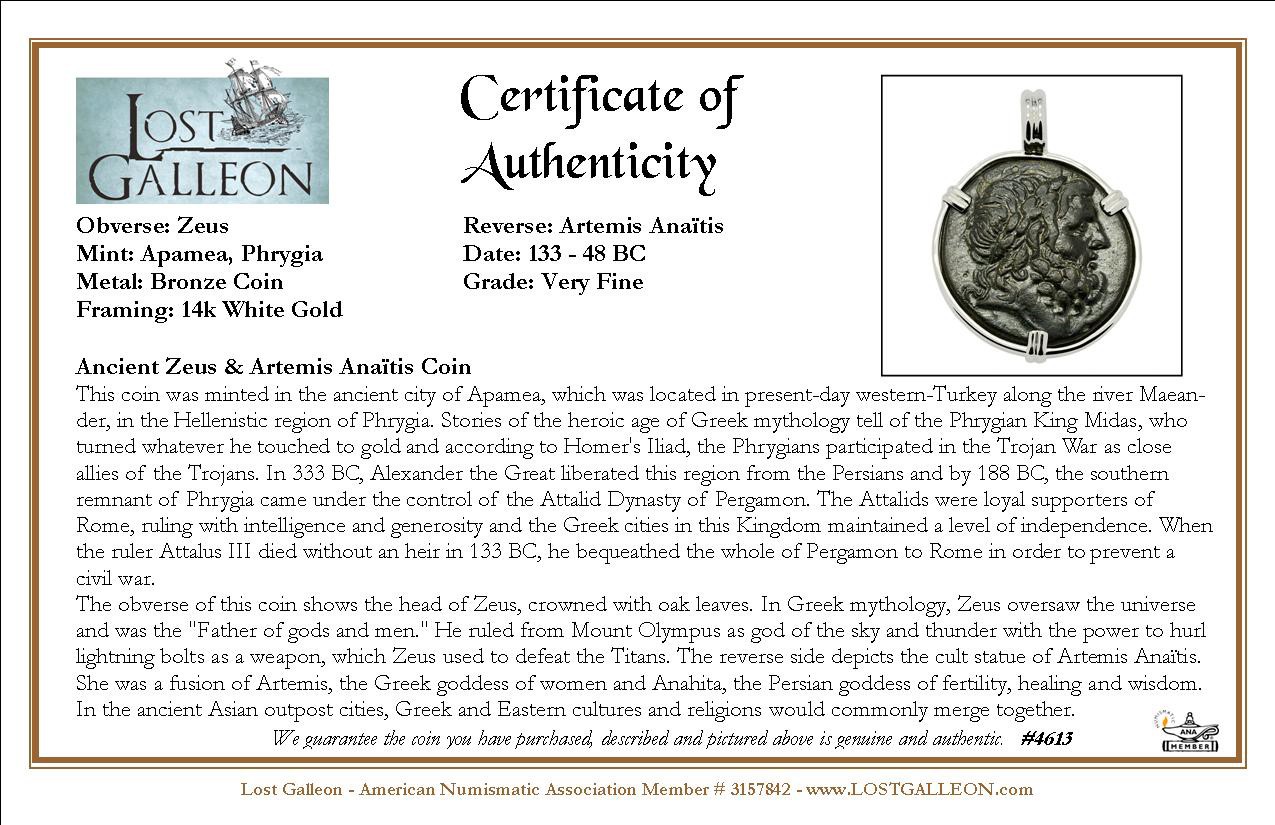 This coin was minted in the ancient city of Apamea, which was located in present-day western-Turkey along the river Maeander, in the Hellenistic region of Phrygia. Stories of the heroic age of Greek mythology tell of the Phrygian King Midas, who turned whatever he touched to gold and according to Homer's Iliad, the Phrygians participated in the Trojan War as close allies of the Trojans. In 333 BC, Alexander the Great liberated this region from the Persians and by 188 BC, the southern remnant of Phrygia came under the control of the Attalid Dynasty of Pergamon. The Attalids were loyal supporters of Rome, ruling with intelligence and generosity and the Greek cities in this Kingdom maintained a level of independence. When the ruler Attalus III died without an heir in 133 BC, he bequeathed the whole of Pergamon to Rome in order to prevent a civil war.
The obverse of this coin shows the head of Zeus, crowned with oak leaves. In Greek mythology, Zeus oversaw the universe and was the "Father of gods and men." He ruled from Mount Olympus as god of the sky and thunder with the power to hurl lightning bolts as a weapon, which Zeus used to defeat the Titans. The reverse side depicts the cult statue of Artemis Anaďtis. She was a fusion of Artemis, the Greek goddess of women and Anahita, the Persian goddess of fertility, healing and wisdom. In the ancient Asian outpost cities, Greek and Eastern cultures and religions would commonly merge together.