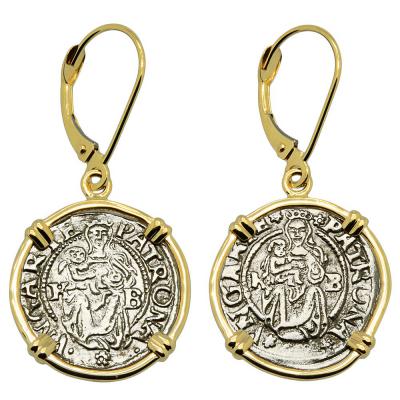 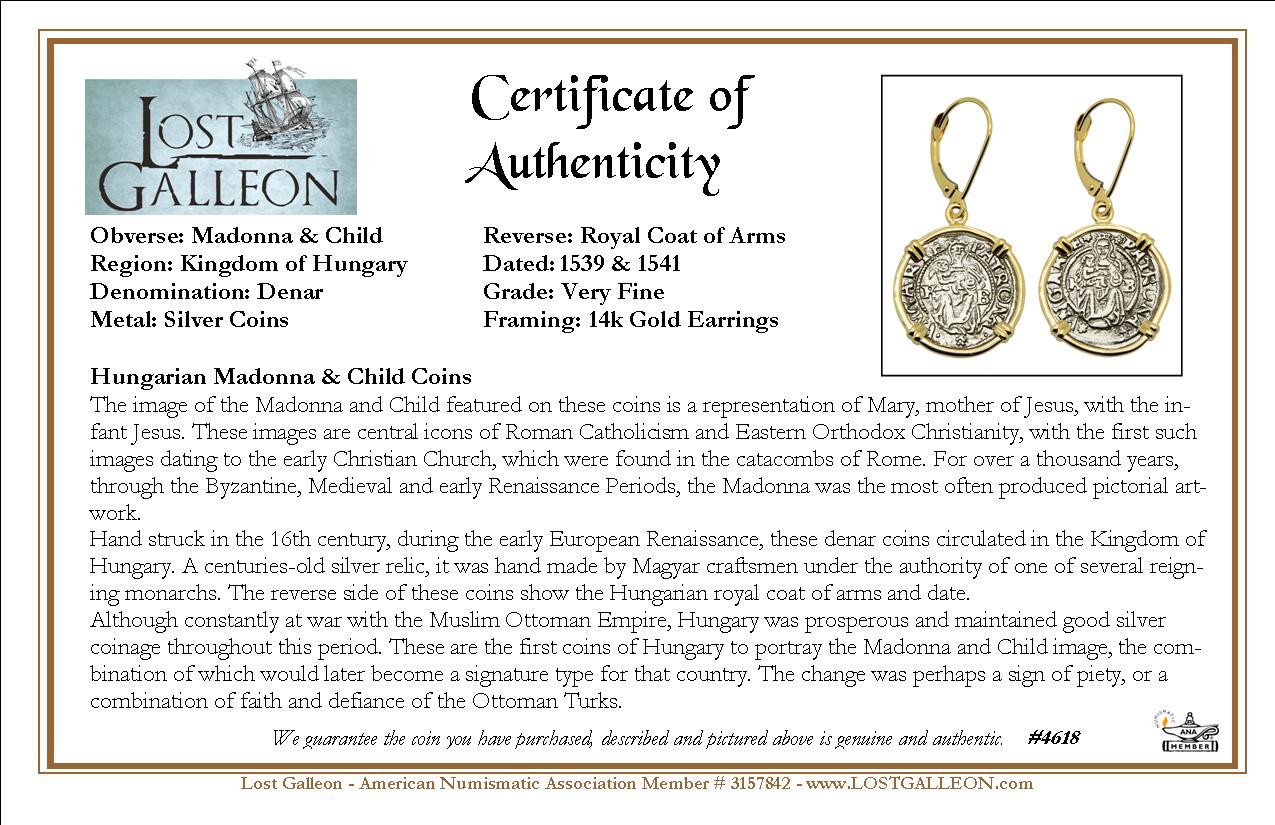 The image of the Madonna and Child featured on these coins is a representation of Mary, mother of Jesus, with the infant Jesus. These images are central icons of Roman Catholicism and Eastern Orthodox Christianity, with the first such images dating to the early Christian Church, which were found in the catacombs of Rome. For over a thousand years, through the Byzantine, Medieval and early Renaissance Periods, the Madonna was the most often produced pictorial artwork.
Hand struck in the 16th century, during the early European Renaissance, these denar coins circulated in the Kingdom of Hungary. A centuries-old silver relic, it was hand made by Magyar craftsmen under the authority of one of several reigning monarchs. The reverse side of these coins show the royal coat of arms and date.
Although constantly at war with the Muslim Ottoman Empire, Hungary was prosperous and maintained good silver coinage throughout this period. These are the first coins of Hungary to portray the Madonna and Child image, the combination of which would later become a signature type for that country. The change was perhaps a sign of piety, or a combination of faith and defiance of the Ottoman Turks.