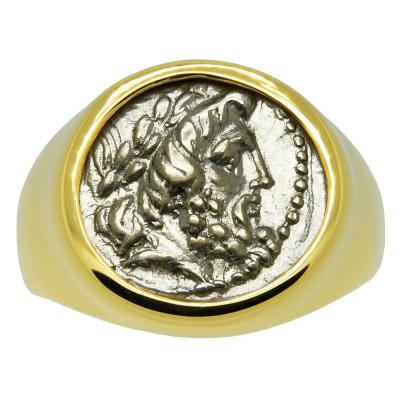 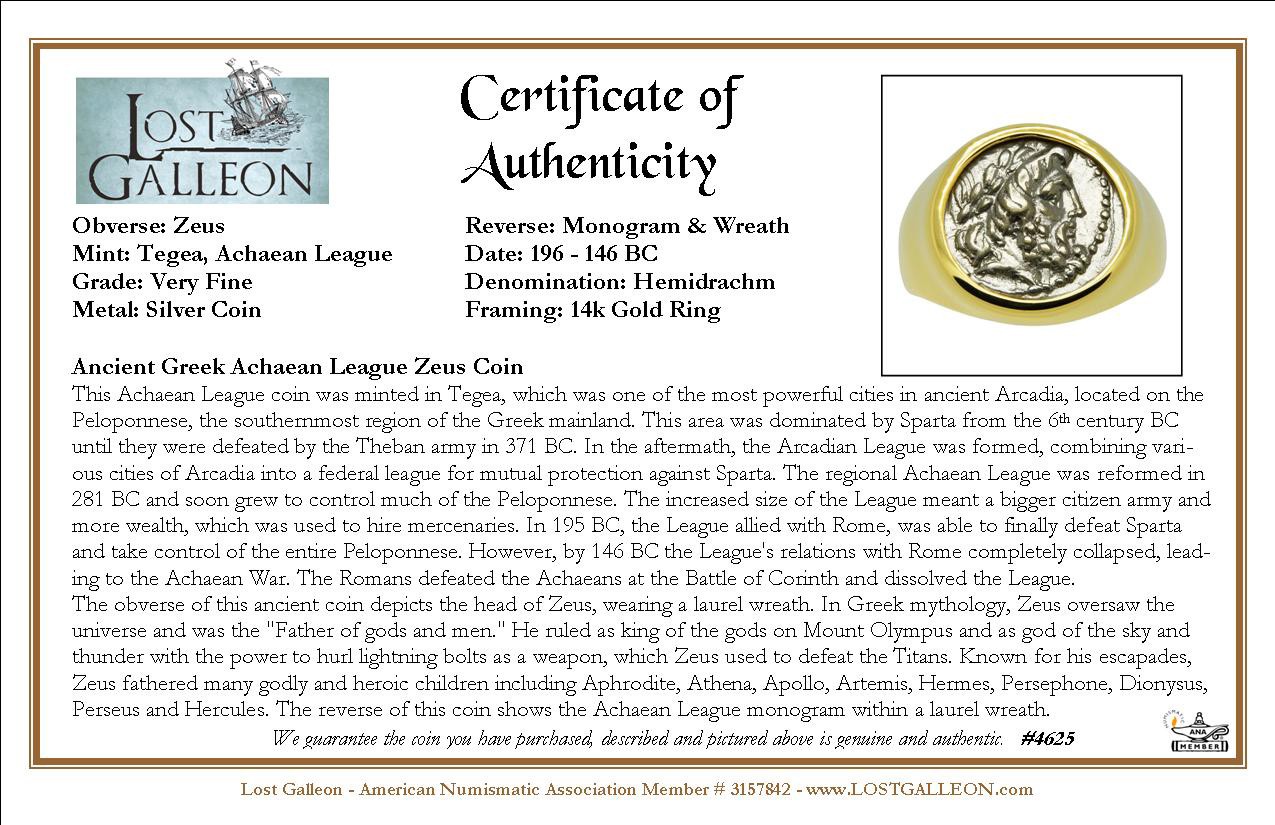 This Achaean League coin was minted in Tegea, which was one of the most powerful cities in ancient Arcadia, located on the Peloponnese, the southernmost region of the Greek mainland. This area was dominated by Sparta from the 6th century BC until they were defeated by the Theban army in 371 BC. In the aftermath, the Arcadian League was formed, combining various cities of Arcadia into a federal league for mutual protection against Sparta. The regional Achaean League was reformed in 281 BC and soon grew to control much of the Peloponnese. The increased size of the League meant a bigger citizen army and more wealth, which was used to hire mercenaries. In 195 BC, the League allied with Rome, was able to finally defeat Sparta and take control of the entire Peloponnese. However, by 146 BC the League's relations with Rome completely collapsed, leading to the Achaean War. The Romans defeated the Achaeans at the Battle of Corinth and dissolved the League.
The obverse of this ancient coin depicts the head of Zeus, wearing a laurel wreath. In Greek mythology, Zeus oversaw the universe and was the "Father of gods and men." He ruled as king of the gods on Mount Olympus and as god of the sky and thunder with the power to hurl lightning bolts as a weapon, which Zeus used to defeat the Titans. Known for his escapades, Zeus fathered many godly and heroic children including Aphrodite, Athena, Apollo, Artemis, Hermes, Persephone, Dionysus, Perseus and Hercules. The reverse of this coin shows the Achaean League monogram within a laurel wreath.