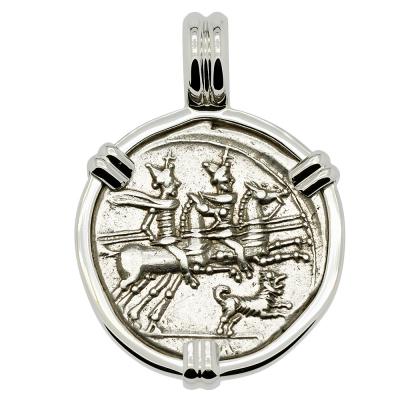 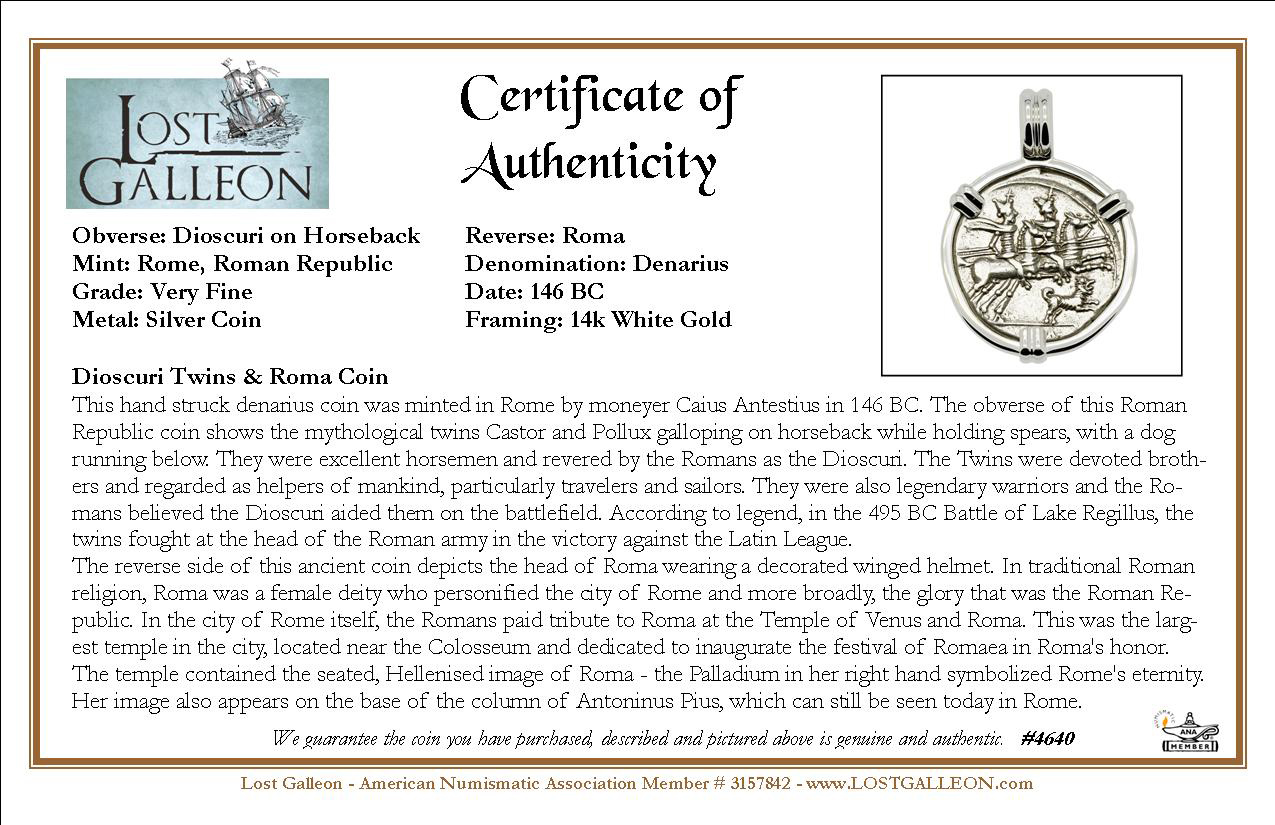 This hand struck denarius coin was minted in Rome by moneyer Caius Antestius in 146 BC. The obverse of this Roman Republic coin shows the mythological twins Castor and Pollux galloping on horseback while holding spears, with a dog running below. They were excellent horsemen and revered by the Romans as the Dioscuri. The Twins were devoted brothers and regarded as helpers of mankind, particularly travelers and sailors. They were also legendary warriors and the Romans believed the Dioscuri aided them on the battlefield. According to legend, in the 495 BC Battle of Lake Regillus, the twins fought at the head of the Roman army in the victory against the Latin League.
The reverse side of this ancient coin depicts the head of Roma wearing a decorated winged helmet. In traditional Roman religion, Roma was a female deity who personified the city of Rome and more broadly, the glory that was the Roman Republic. In the city of Rome itself, the Romans paid tribute to Roma at the Temple of Venus and Roma. This was the largest temple in the city, located near the Colosseum and dedicated to inaugurate the festival of Romaea in Roma's honor. The temple contained the seated, Hellenised image of Roma - the Palladium in her right hand symbolized Rome's eternity. Her image also appears on the base of the column of Antoninus Pius, which can still be seen today in Rome.