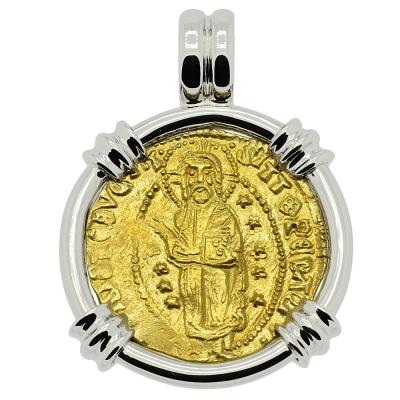 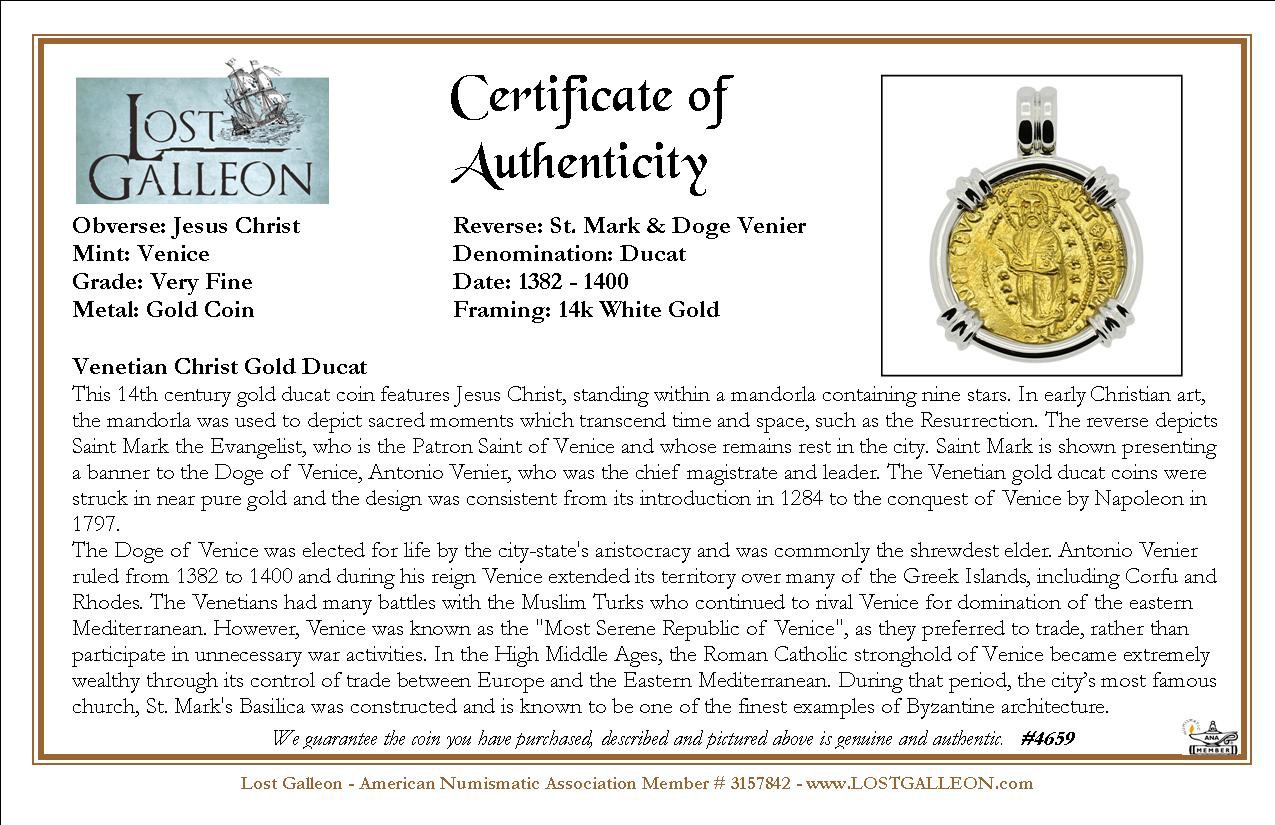 This 14th century gold ducat coin features Jesus Christ, standing within a mandorla containing nine stars. In early Christian art, the mandorla was used to depict sacred moments which transcend time and space, such as the Resurrection. The reverse depicts Saint Mark the Evangelist, who is the Patron Saint of Venice and whose remains rest in the city. Saint Mark is shown presenting a banner to the Doge of Venice, Antonio Venier, who was the chief magistrate and leader. The Venetian gold ducat coins were struck in near pure gold and the design was consistent from its introduction in 1284 to the conquest of Venice by Napoleon in 1797.
The Doge of Venice was elected for life by the city-state's aristocracy and was commonly the shrewdest elder. Antonio Venier ruled from 1382 to 1400 and during his reign Venice extended its territory over many of the Greek Islands, including Corfu and Rhodes. The Venetians had many battles with the Muslim Turks who continued to rival Venice for domination of the eastern Mediterranean. However, Venice was known as the "Most Serene Republic of Venice", as they preferred to trade, rather than participate in unnecessary war activities.
In the High Middle Ages, the Roman Catholic stronghold of Venice became extremely wealthy through its control of trade between Europe and the Eastern Mediterranean. During that period, the city’s most famous church, St. Mark's Basilica was constructed and is known to be one of the finest examples of Byzantine architecture.