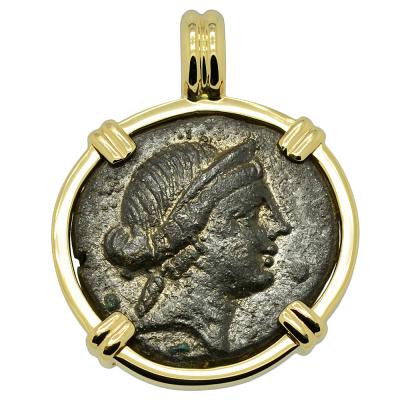 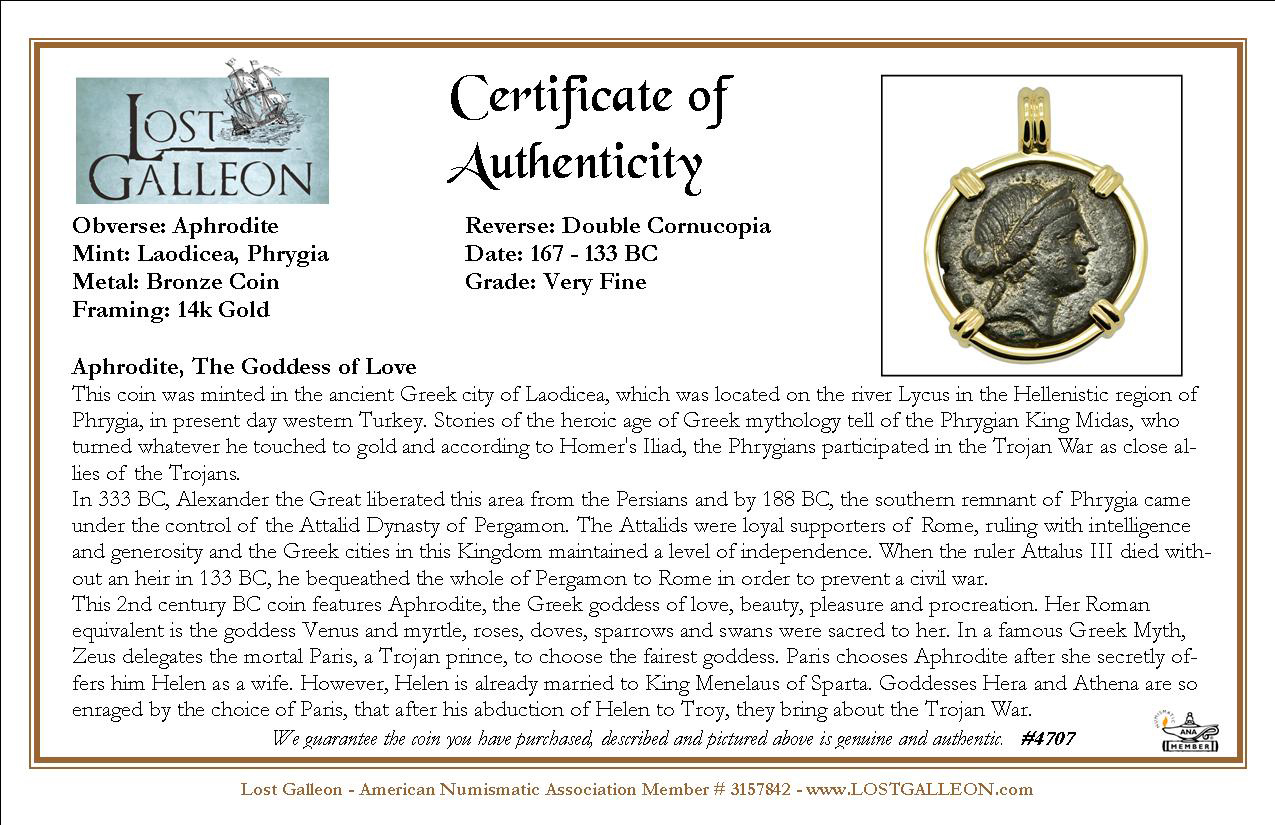 This coin was minted in the ancient Greek city of Laodicea, which was located on the river Lycus in the Hellenistic region of Phrygia in present day western Turkey. Stories of the heroic age of Greek mythology tell of the Phrygian King Midas, who turned whatever he touched to gold and according to Homer's Iliad, the Phrygians participated in the Trojan War as close allies of the Trojans.
In 333 BC, Alexander the Great liberated this area from the Persians and by 188 BC, the southern remnant of Phrygia came under the control of the Attalid Dynasty of Pergamon. The Attalids were loyal supporters of Rome, ruling with intelligence and generosity and the Greek cities in this Kingdom maintained a level of independence. When the ruler Attalus III died without an heir in 133 BC, he bequeathed the whole of Pergamon to Rome in order to prevent a civil war.
This 2nd century BC coin features Aphrodite, the Greek goddess of love, beauty, pleasure and procreation. Her Roman equivalent is the goddess Venus and myrtle, roses, doves, sparrows and swans were sacred to her. In a famous Greek Myth, Zeus delegates the mortal Paris, a Trojan prince, to choose the fairest goddess. Paris chooses Aphrodite after she secretly offers him Helen as a wife. However, Helen is already married to King Menelaus of Sparta. Goddesses Hera and Athena are so enraged by the choice of Paris, that after his abduction of Helen to Troy, they bring about the Trojan War.