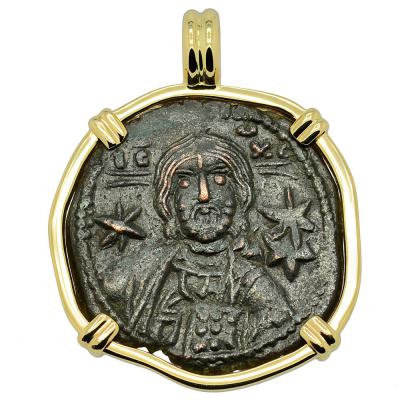 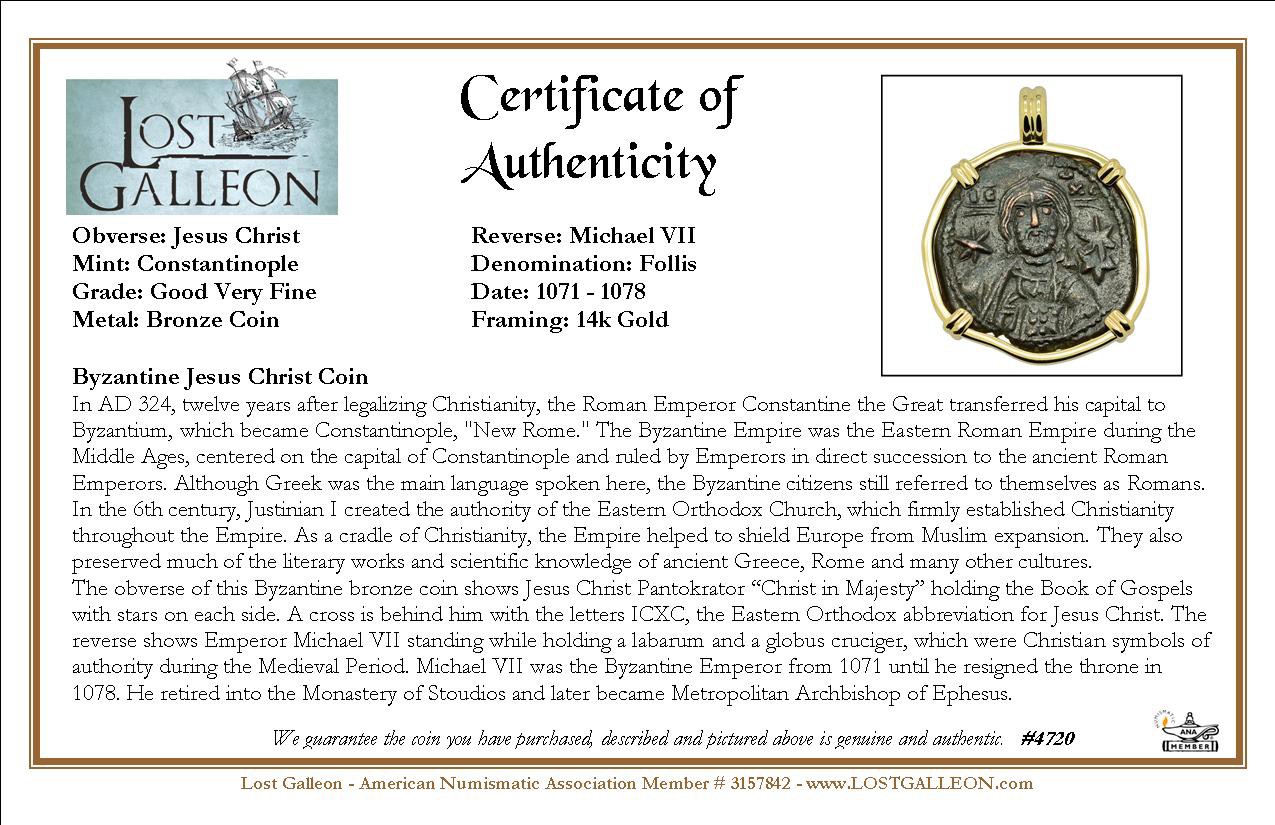 In AD 324, twelve years after legalizing Christianity, the Roman Emperor Constantine the Great transferred his capital to Byzantium, which became Constantinople, "New Rome." The Byzantine Empire was the Eastern Roman Empire during the Middle Ages, centered on the capital of Constantinople and ruled by Emperors in direct succession to the ancient Roman Emperors. Although Greek was the main language spoken here, the Byzantine citizens still referred to themselves as Romans.
In the 6th century, Justinian I created the authority of the Eastern Orthodox Church, which firmly established Christianity throughout the Empire. As a cradle of Christianity, the Empire helped to shield Europe from Muslim expansion. They also preserved much of the literary works and scientific knowledge of ancient Greece, Rome and many other cultures.
The obverse of this Byzantine bronze coin shows Jesus Christ Pantokrator “Christ in Majesty” holding the Book of Gospels with stars on each side. A cross is behind him with the letters ICXC, the Eastern Orthodox abbreviation for Jesus Christ. The reverse shows Emperor Michael VII standing while holding a labarum and a globus cruciger, which were Christian symbols of authority during the Medieval Period. Michael VII was the Byzantine Emperor from 1071 until he resigned the throne in 1078. He retired into the Monastery of Stoudios and later became Metropolitan Archbishop of Ephesus.