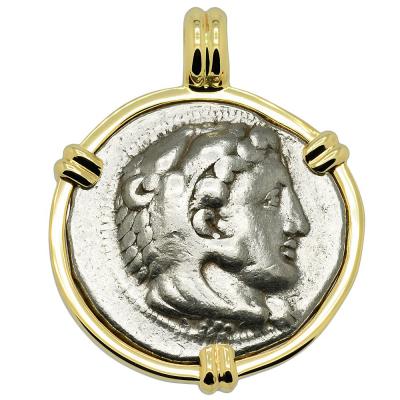 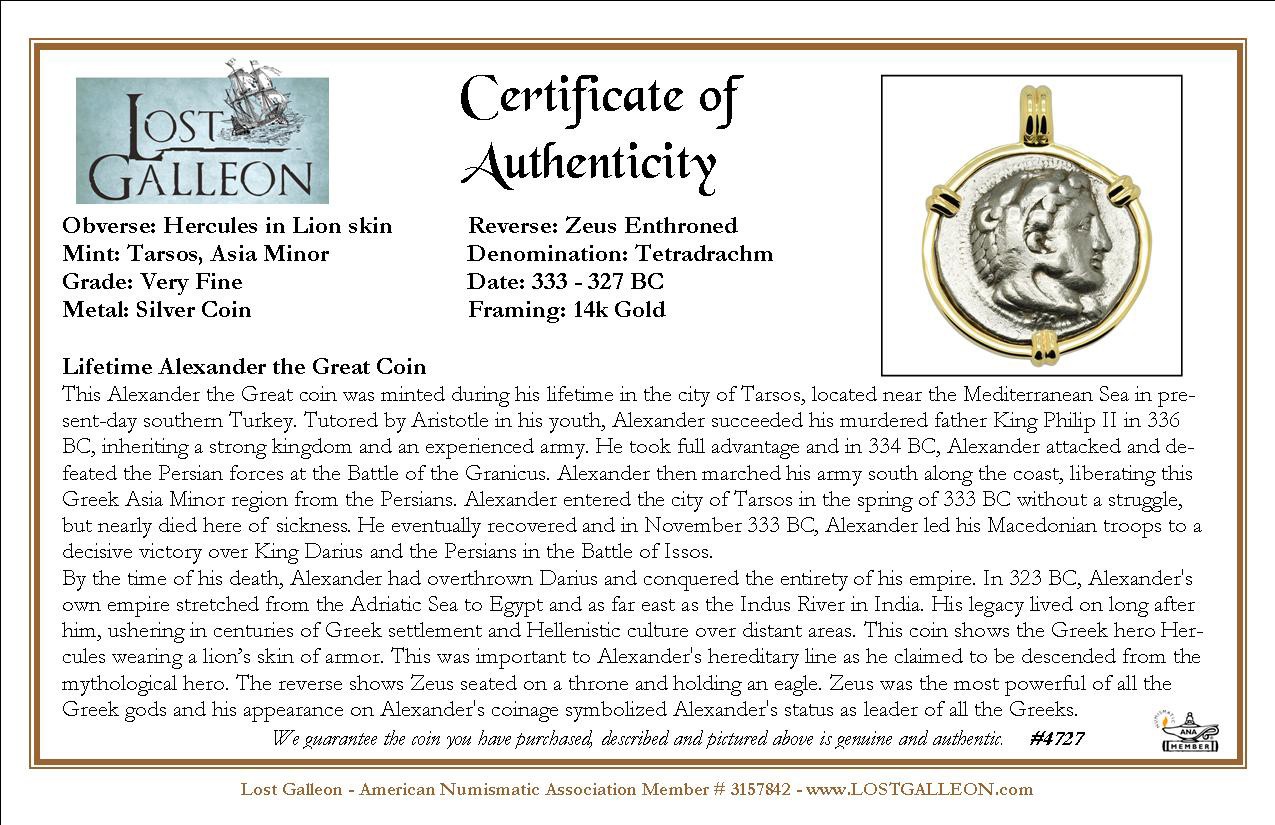 This Alexander the Great coin was minted during his lifetime in the city of Tarsos, located near the Mediterranean Sea in present-day southern Turkey. Tutored by Aristotle in his youth, Alexander succeeded his murdered father King Philip II in 336 BC, inheriting a strong kingdom and an experienced army. He took full advantage and in 334 BC, Alexander attacked and defeated the Persian forces at the Battle of the Granicus. Alexander then marched his army south along the coast, liberating this Greek Asia Minor region from the Persians. Alexander entered the city of Tarsos in the spring of 333 BC without a struggle, but nearly died here of sickness. He eventually recovered and in November 333 BC, Alexander led his Macedonian troops to a decisive victory over King Darius and the Persians in the Battle of Issos.
By the time of his death, Alexander had overthrown Darius and conquered the entirety of his empire. In 323 BC, Alexander's own empire stretched from the Adriatic Sea to Egypt and as far east as the Indus River in India. His legacy lived on long after him, ushering in centuries of Greek settlement and Hellenistic culture over distant areas. This coin shows the Greek hero Hercules wearing a lion’s skin of armor. This was important to Alexander's hereditary line as he claimed to be descended from the mythological hero. The reverse shows Zeus seated on a throne and holding an eagle. Zeus was the most powerful of all the Greek gods and his appearance on Alexander's coinage symbolized Alexander's status as leader of all the Greeks.