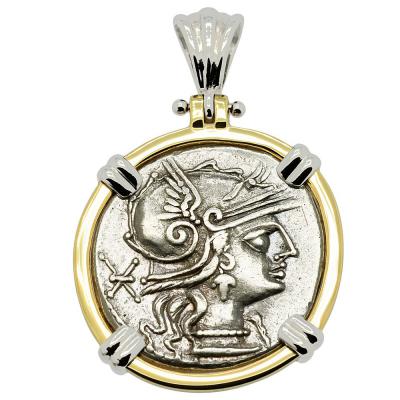 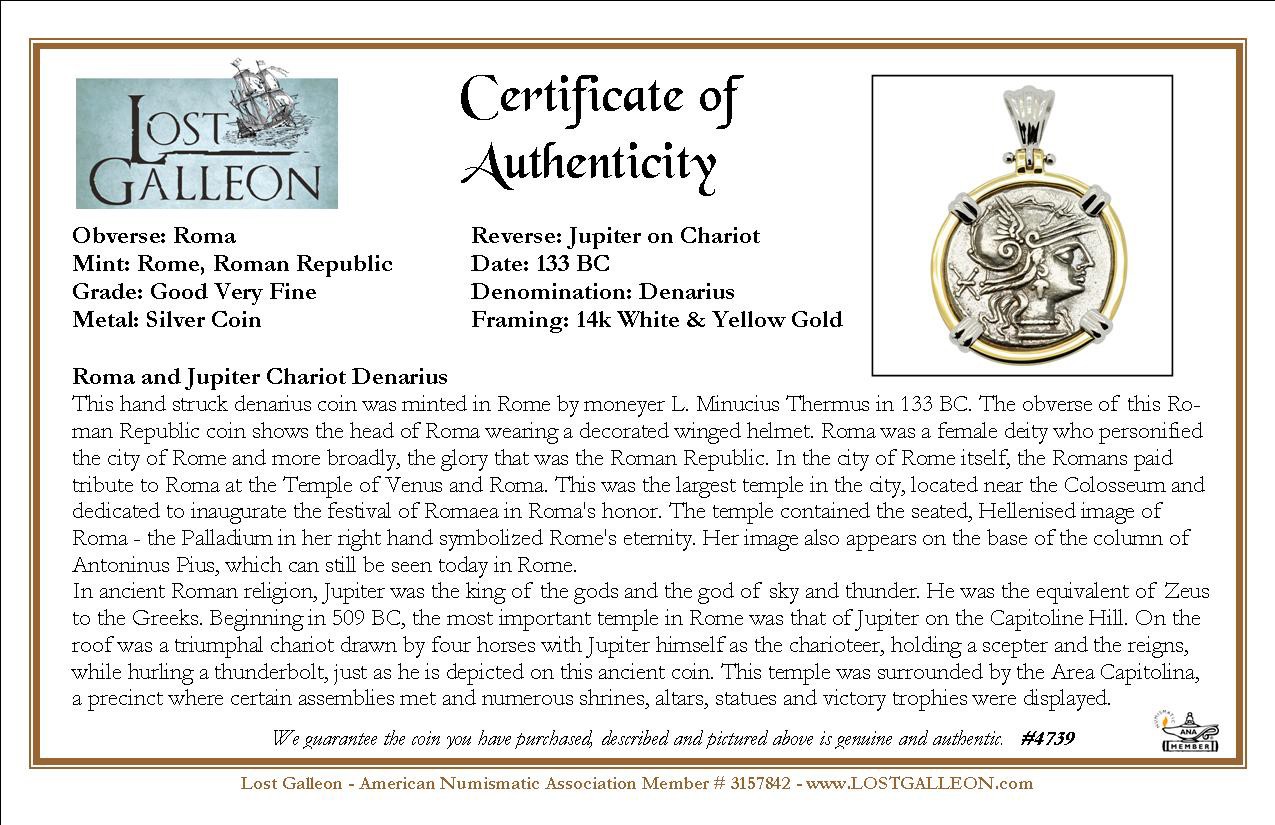 This hand struck denarius coin was minted in Rome by moneyer L. Minucius Thermus in 133 BC. The obverse of this Roman Republic coin shows the head of Roma wearing a decorated winged helmet. Roma was a female deity who personified the city of Rome and more broadly, the glory that was the Roman Republic. In the city of Rome itself, the Romans paid tribute to Roma at the Temple of Venus and Roma. This was the largest temple in the city, located near the Colosseum and dedicated to inaugurate the festival of Romaea in Roma's honor. The temple contained the seated, Hellenised image of Roma - the Palladium in her right hand symbolized Rome's eternity. Her image also appears on the base of the column of Antoninus Pius, which can still be seen today in Rome.
In ancient Roman religion, Jupiter was the king of the gods and the god of sky and thunder. He was the equivalent of Zeus to the Greeks. Beginning in 509 BC, the most important temple in Rome was that of Jupiter on the Capitoline Hill. On the roof was a triumphal chariot drawn by four horses with Jupiter himself as the charioteer, holding a scepter and the reigns, while hurling a thunderbolt, just as he is depicted on this ancient coin. This temple was surrounded by the Area Capitolina, a precinct where certain assemblies met and numerous shrines, altars, statues and victory trophies were displayed.