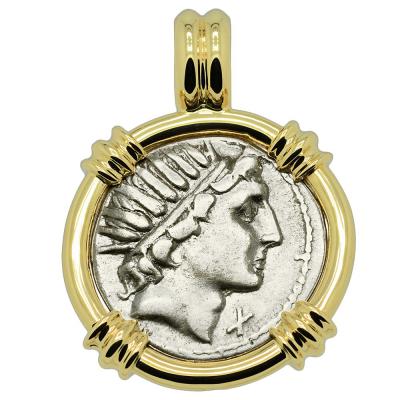 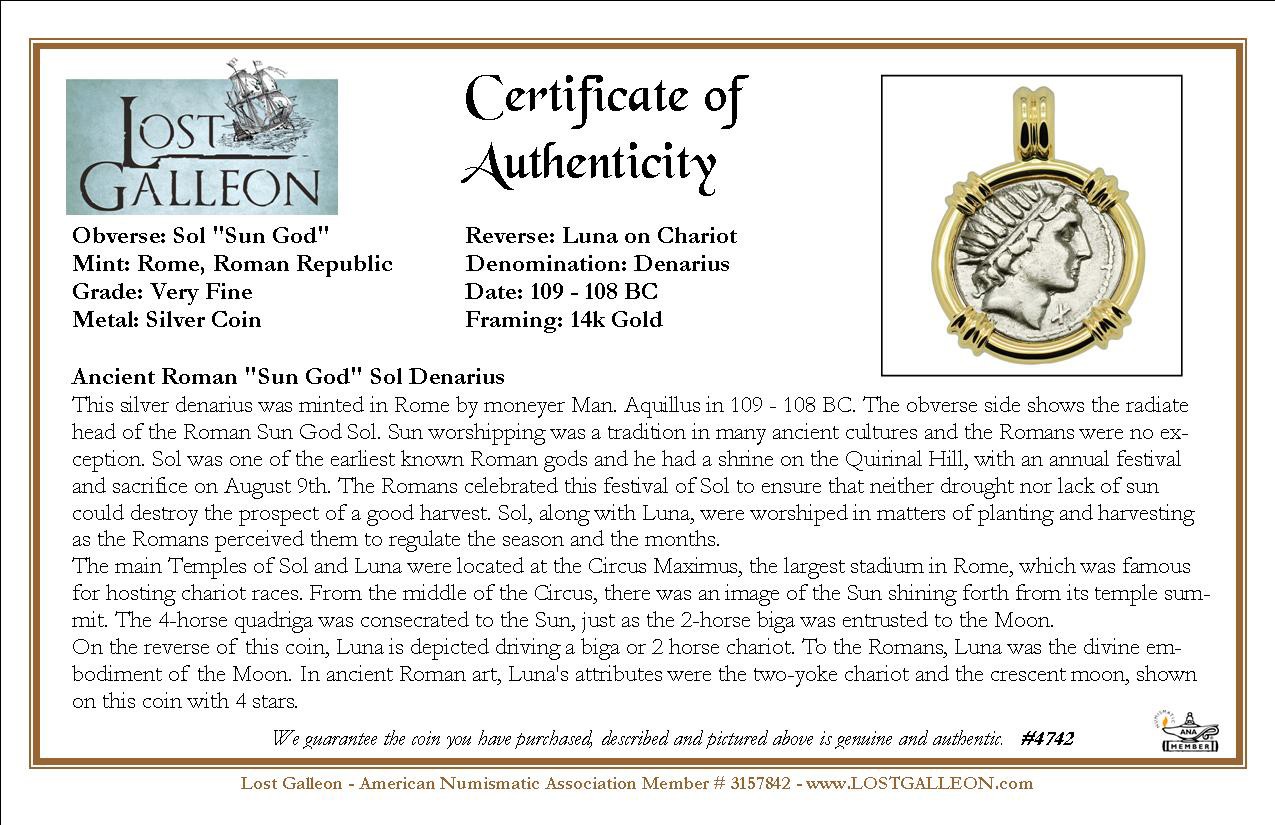 This silver denarius was minted in Rome by moneyer Man. Aquillus in 109 - 108 BC. The obverse side shows the radiate head of the Roman Sun God Sol. Sun worshipping was a tradition in many ancient cultures and the Romans were no exception. Sol was one of the earliest known Roman gods and he had a shrine on the Quirinal Hill, with an annual festival and sacrifice on August 9th. The Romans celebrated this festival of Sol to ensure that neither drought nor lack of sun could destroy the prospect of a good harvest. Sol, along with Luna, were worshiped in matters of planting and harvesting as the Romans perceived them to regulate the season and the months.
The main Temples of Sol and Luna were located at the Circus Maximus, the largest stadium in Rome, which was famous for hosting chariot races. From the middle of the Circus, there was an image of the Sun shining forth from its temple summit. The 4-horse quadriga was consecrated to the Sun, just as the 2-horse biga was entrusted to the Moon.
On the reverse of this coin, Luna is depicted driving a biga or 2 horse chariot. To the Romans, Luna was the divine embodiment of the Moon. In ancient Roman art, Luna's attributes were the two-yoke chariot and the crescent moon, shown on this coin with 4 stars.