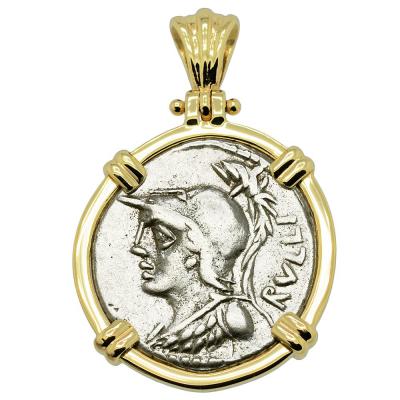 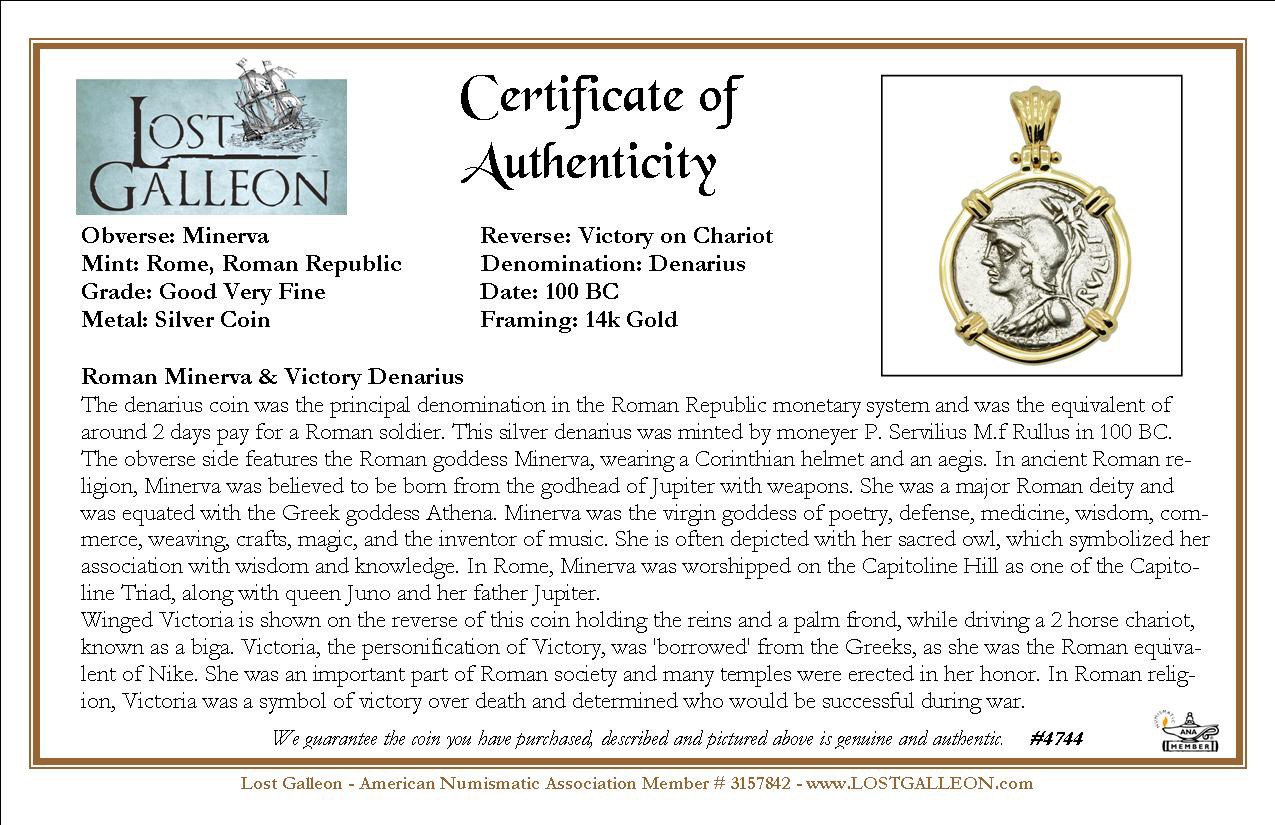 The denarius coin was the principal denomination in the Roman Republic monetary system and was the equivalent of around 2 days pay for a Roman soldier. This silver denarius was minted by moneyer P. Servilius M.f Rullus in 100 BC. The obverse side features the Roman goddess Minerva, wearing a Corinthian helmet and an aegis. In ancient Roman religion, Minerva was believed to be born from the godhead of Jupiter with weapons. She was a major Roman deity and was equated with the Greek goddess Athena. Minerva was the virgin goddess of poetry, defense, medicine, wisdom, commerce, weaving, crafts, magic, and the inventor of music. She is often depicted with her sacred owl, which symbolized her association with wisdom and knowledge. In Rome, Minerva was worshipped on the Capitoline Hill as one of the Capitoline Triad, along with queen Juno and her father Jupiter.
Winged Victoria is shown on the reverse of this coin holding the reins and a palm frond, while driving a 2 horse chariot, known as a biga. Victoria, the personification of Victory, was 'borrowed' from the Greeks, as she was the Roman equivalent of Nike. She was an important part of Roman society and many temples were erected in her honor. In Roman religion, Victoria was a symbol of victory over death and determined who would be successful during war