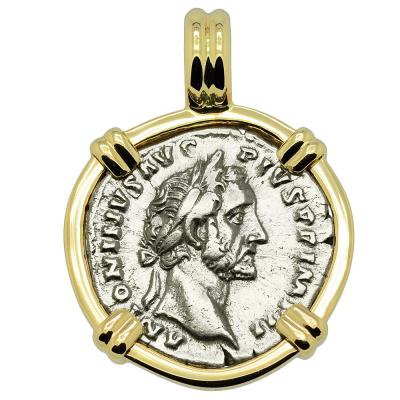 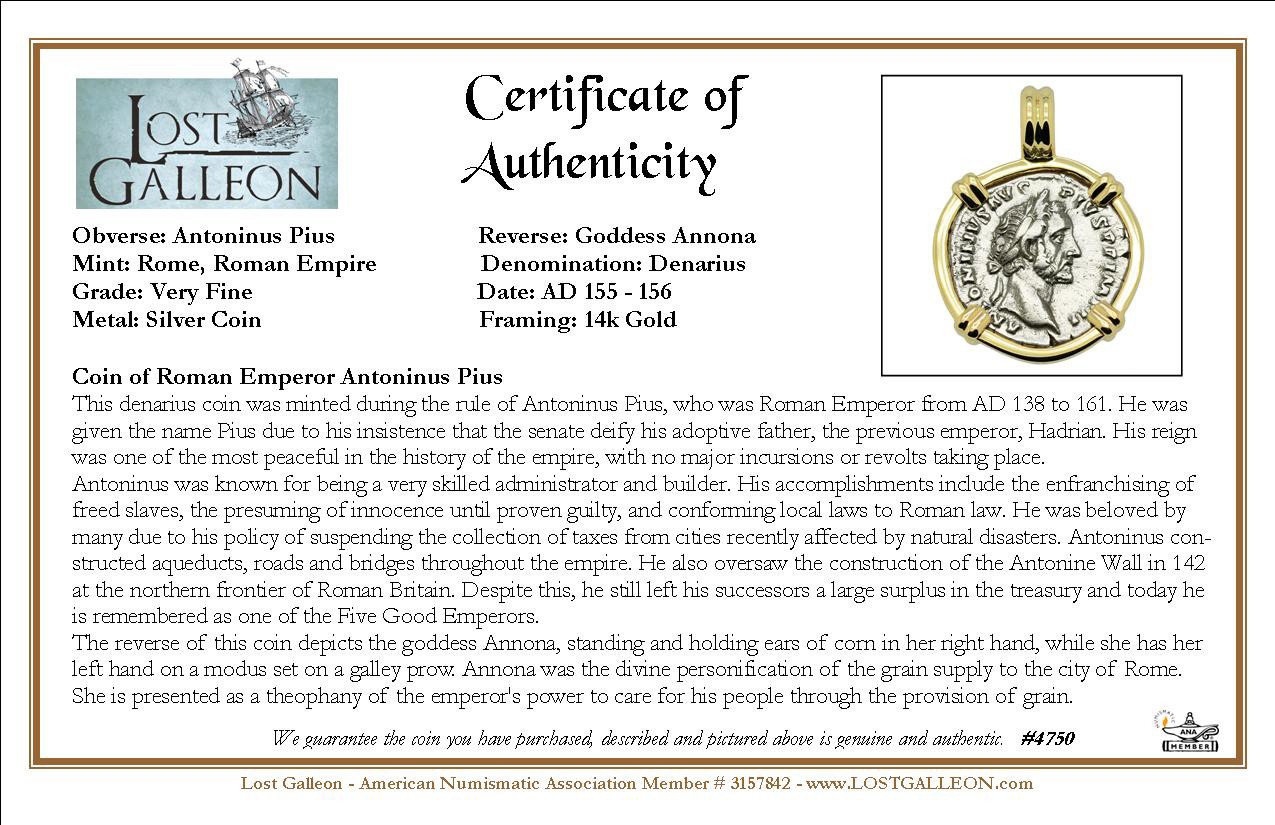 This denarius coin was minted during the rule of Antoninus Pius, who was Roman Emperor from AD 138 to 161. He was given the name Pius due to his insistence that the senate deify his adoptive father, the previous emperor, Hadrian. His reign was one of the most peaceful in the history of the empire, with no major incursions or revolts taking place.
Antoninus was known for being a very skilled administrator and builder. His accomplishments include the enfranchising of freed slaves, the presuming of innocence until proven guilty, and conforming local laws to Roman law. He was beloved by many due to his policy of suspending the collection of taxes from cities recently affected by natural disasters. Antoninus constructed aqueducts, roads and bridges throughout the empire. He also oversaw the construction of the Antonine Wall in 142 at the northern frontier of Roman Britain. Despite this, he still left his successors a large surplus in the treasury and today he is remembered as one of the Five Good Emperors.
The reverse of this coin depicts the goddess Annona, standing and holding ears of corn in her right hand, while she has her left hand on a modus set on a galley prow. Annona was the divine personification of the grain supply to the city of Rome. She is presented as a theophany of the emperor's power to care for his people through the provision of grain.